Murray Caven's homestead used to be a "peaceful, quiet piece of property," the home base for his ranching operation west of Dawson Creek. That was before BC Hydro strung a transmission line through his yard.
Oct 20, 2015 9:48 AM By: Jonny Wakefield 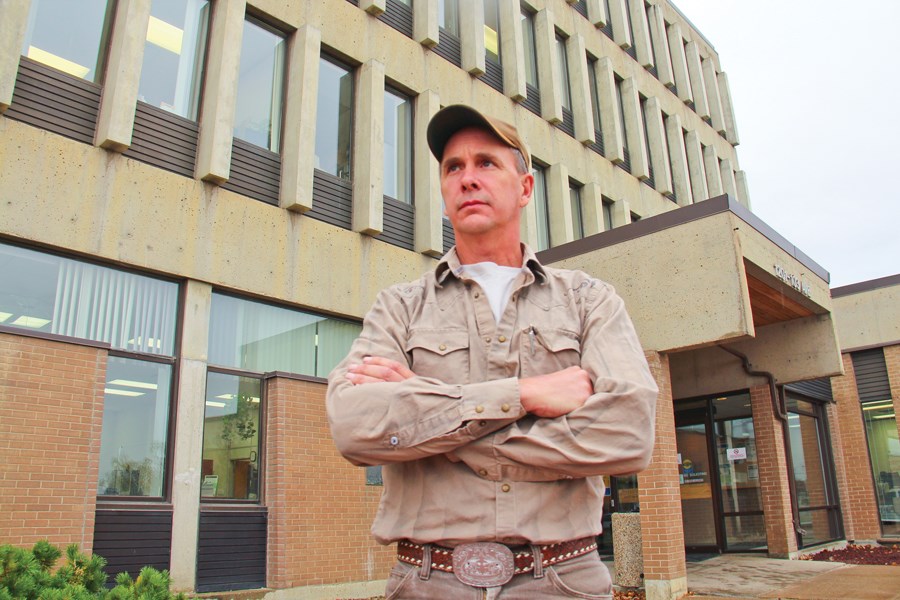 Murray Caven's homestead used to be a "peaceful, quiet piece of property," the home base for his ranching operation west of Dawson Creek.

That was before BC Hydro strung a transmission line through his yard.

Now, Caven is suing BC Hydro over its Dawson Creek and Chetwynd Area transmission project, a 230-kilovolt line that runs over a corner of his property.

Caven and Hydro were in B.C. Supreme Court in Dawson Creek Monday for the first day of what is expected to be a five-day trial.

The $296-million line is being built to serve what Hydro calls "some of the most dramatic single industry regional load growth" of the past 50 years. The spike in demand is driven mostly by oil and gas drilling in the area.

Caven, whose family has lived in the area since 1956, says Hydro did not properly compensate him for lost property value when it expropriated the land. He also alleges that he’s incurred several thousand dollars in additional business expenses brought on by construction of the project, which is expected to wrap up this year.

"I'm not the only farmer that got screwed by these guys," Caven told the Alaska Highway News.

"A lot of them got screwed over but already signed the paperwork and they can't do anything about it."

The land's loss of value forms the crux of the disagreement. The area expropriated by Hydro is a small corner of a 19-acre parcel that contains Caven's home, a garage and a guest cabin. He runs around 100 head of cattle on 1,000 acres of land.

He said the 130-foot transmission poles are visible from his house, which is "bracketed" on the other side by a Hydro substation.

Caven also maintains the construction cut him off from land where he grazes his cattle, which forced him to purchase around $6,000 in feed.

He also claims construction contractors damaged an interior road on his property, to the tune of $2,800.

"The owner has, during the course of construction, experienced numerous disruptions and disturbances in the utilization of the land as a result of Hydro's works," a notice of civil claim filed with the court states, "all of which have caused significant and prolonged loss in satisfaction to the utilization of the home and residence and the surrounding area."

Caven, who is listed on the suit along with his mother Agatha, says he knows of two other expropriation cases set to go before the courts.

Hydro is expected to make its submissions in the coming days.