The Peace River Regional District wants Premier Christy Clark to temporarily suspend permits issued July 7 to allow construction to begin on the Site C dam until all legal challenges against the project have concluded.
Jul 14, 2015 11:26 AM By: Mike Carter 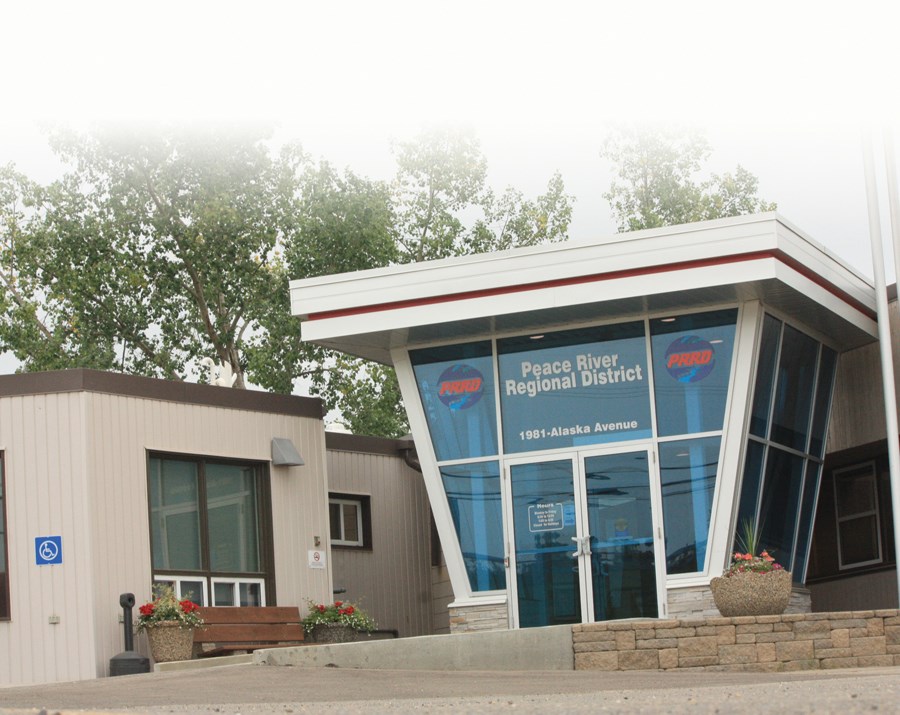 The Peace River Regional District has voted to send a letter to Premier Christy Clark urging her to temporarily suspend permits granted to BC Hydro for Site C dam construction.Mike Carter

The Peace River Regional District wants Premier Christy Clark to temporarily suspend permits issued July 7 to allow construction to begin on the Site C dam until all legal challenges against the project have concluded.

The vote on the motion was not unanimous. Those in opposition chose not to have their vote recorded.

The motion was put forward by Area B Director Karen Goodings.

“You don’t dig the basement until you know you can complete the house,” Goodings said.

“Why not wait until the court decisions are done before we move ahead to do anything. To me that just makes sense.”

Although the decision on the project rests with the province, Goodings said her intention was to give the premier some food for thought.

“We’ve said all along that we feel due process has not been followed through this whole process,” she added, citing the province’s decision not to refer the dam to the British Columbia Utilities Commission and the Agricultural Lands Commission.

“Instead of going through the process that is set out by government … they make exceptions to the rule and in this case that is what they’ve done.”

Goodings noted the Regional District ought to voice its thoughts and feelings because, “if you don’t speak out it’s like you agree or it doesn’t matter.

“Of course this whole thing is not our decision,” she said. “This whole situation is the decision of the province and we are just urging the province to do due diligence. Let’s make sure they have not erred in their decision. It’s urging them to step back, take a breath [and] look at what is still to come.”

Goodings said there was a healthy discussion among the directors that ultimately ended in a majority being in favour of her motion.

On July 7, the provincial government announced it had issued permits authorizing the construction of the controversial $8.8 billion dam.

Twenty-four authorizations in all were given with conditions under the Land Act, Forest Act, Water Act and Wildlife Act.

The province said more permits will be issued as the project goes ahead.

The dam would flood an estimated 5,500 hectares of land, creating an 80 kilometre long reservoir on the Peace River.

Several Treaty 8 First Nations, including West Moberly and Prophet River, have challenged the project in both the B.C. Supreme Court and Federal Court.

First Nations believe the flooding will cause irreparable damage to their traditional way of life.

The Peace Valley Land Owners Association's challenge against the dam that was dismissed July 2.

On the weekend, the Saulteau First Nations voted in favour of an Impact Benefits Agreement with BC Hydro over the Site C dam