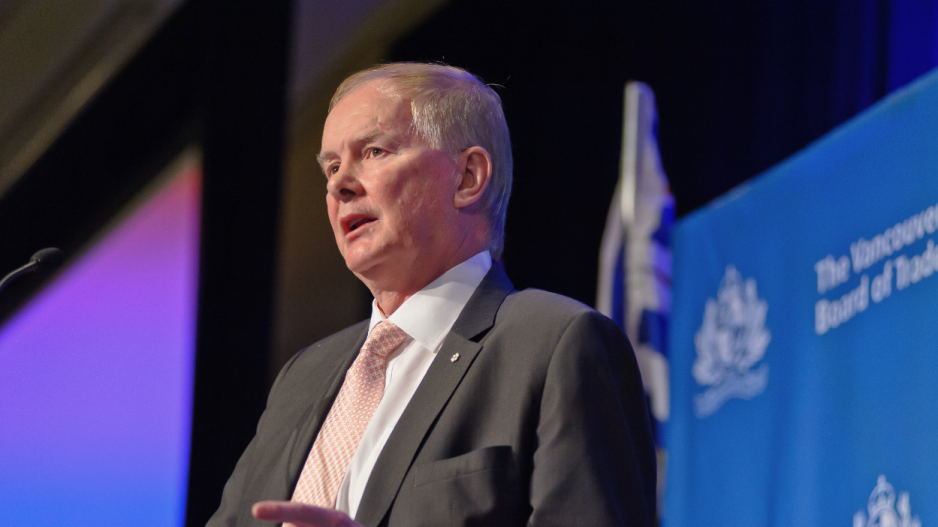 2010 Vancouver Winter Olympic Games CEO John Furlong says a 2030 Games could involve multiple communities without a need for government funding outside security.Greater Vancouver Board of Trade/file photo
The head of Vancouver’s 2010 Winter Olympics says planning and hosting a 2030 Games would be a regional event to help lift B.C. from the COVID-19 pandemic doldrums.

And, said John Furlong, such a Games bid would involve multiple communities and need neither new venue construction nor need government funding outside a federal security commitment.

“The biggest event in the world needs an owner,” Furlong told the Greater Vancouver Board of Trade (GVBOT) April 16. “I think we qualify.”

Furlong is no stranger to making an Olympics hosting bid. With Jack Poole and a handful of others, it was Furlong who spearheaded the move to get the 2010 Winter Olympics in Vancouver. He later served as CEO of the Vancouver Organizing Committee or VANOC.

This time, Furlong said, he wants to carry with the Olympic bid torch but would pass it on to others to run with.

At this point, it’s clear Whistler could be part of such a Games.

GVBOT president Bridgitte Anderson said just the 2010 bid process alone prior to the Games being awarded by the International Olympic Committee in 2003 was $34 million.

And, Furlong said, the organizing group is in talks with the province to advance the process and endorse the project.

“That is the key one,” Furlong said.

He said the 2010 Games left a legacy of knowledge and infrastructure that could be drawn on to create a 2030 Games.

“We have done the training,” he said.

Furlong said the 2010 Games allowed B.C. to move infrastructure projects such as the airport Canada Line train forward. He suggested a 2030 bid could provide impetus for the Broadway to Line to UBC

Tourism Vancouver CEO Royce Chwin said a successful 2030 bid post-pandemic could help restore investor confidence in B.C. “in a sector that has been shattered badly.”

When the snow settled on the 2010 Games and the athletes had gone home, VANOC reported staging the events cost $1.88 billion to stage and reaped the same in revenue. In short, the Games broke even.

“We made a promise and we repeated it many times that we would not leave behind a bad result and an unpleasant financial surprise at the end of the Games,” Furlong said in December 2010.

Some 91% of the budget came from the corporate sector, while taxpayers footed $187 million of the operational bill. The cost of the venues was $603 million.

VANOC’s final figures were up $250 million from their original 2007 business plan.

A UBC study on the 2010 Games’ impact found Vancouver and Whistler residents enjoyed the biggest return after hosting the Games but also that Canadians generally benefitted from a boost in pride and nationalism.

The study found that residents who live in or around Vancouver and Whistler are enjoying improved transit infrastructure and access to athletic facilities.