It’s Adoption Awareness Month across B.C., and one Fort St. John woman is looking to dispel some myths about the process and highlight the need for more adoptive families in the city.
Nov 23, 2017 9:58 AM By: Matt Preprost 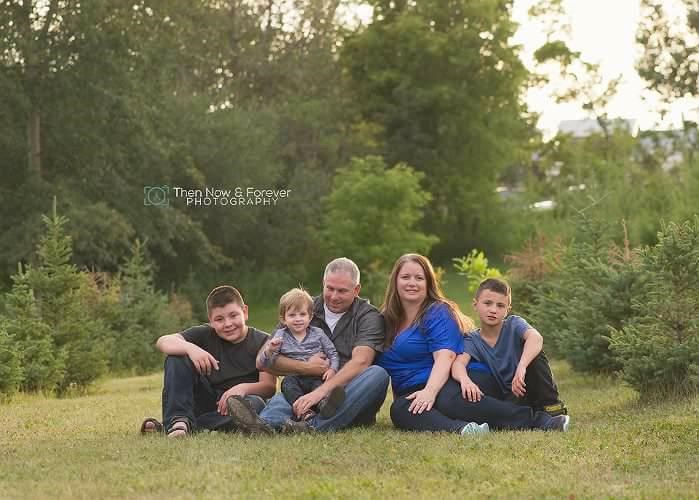 The Kennedy family. The Kennedys have one biological child, and have adopted two children already. The family has two adoptions pending for their son’s half siblings, who the family wants raised under the same roof rather than be separated. Supplied Photo

It’s Adoption Awareness Month across B.C., and one Fort St. John woman is looking to dispel some myths about the process and highlight the need for more adoptive families in the city.

There are more than 1,000 children waiting for an adoptive family in B.C., and about 300 each year age out of the system at 19 without ever having a family to call their own, Brandi Kennedy says.

Kennedy herself is one of 40 adoptive families in Fort St. John and Fort Nelson, with two adopted children already part of her family, and in the process of adopting two others.

“It’s been a really wonderful experience for us, life changing,” Kennedy said. “Everybody deserves to have a sense of belonging and people to call their own.”

Kennedy herself aged out of care at 19, and now works with the Adoptive Families Association of B.C. She considers herself lucky, knowing many youth who age out of the system aren’t—many find themselves without a high school education, in jail, or pregnant at a young age. Kennedy and her husband decided to adopt in their mid-30s, not to save the world, but to make a difference, she says.

Two of the most common misconceptions about adoption are that children need to be young to bond with adoptive parents, and that the process itself is expensive. All families need is a caring heart and a room in their home, she says.

“Some people believe a baby has to be an infant to bond with their parents. That’s important, but I think they can be older,” she said. “You can make an impact. You can bond strongly with a child when they aren’t an infant.”

The cost to adopt provincially is cheap, and practically free—about $20 for a criminal record check that’s reimbursed, Kennedy said. Financial assistance is also available for single parents, and financial support is often provided if a child needs professional help, such as speech therapy.

Interested parents have a say in the kind of child they’re wanting to adopt, and are profiled and matched with youth across B.C. The process is about 12 weeks and involves several home study visits, while parenting tips and support groups are readily available.

“It’s really not that invasive of a process,” Kennedy said.

Kennedy will appear before council next week to proclaim November as Adoption Awareness Month in the city.