Social workers in Fort St. John and Dawson Creek say they're seeing a "spike" in demand for domestic violence support services as families feel the strain of the economic downturn. Officials with Community Bridge in Fort St.
Mar 7, 2016 9:03 AM By: Jonny Wakefield 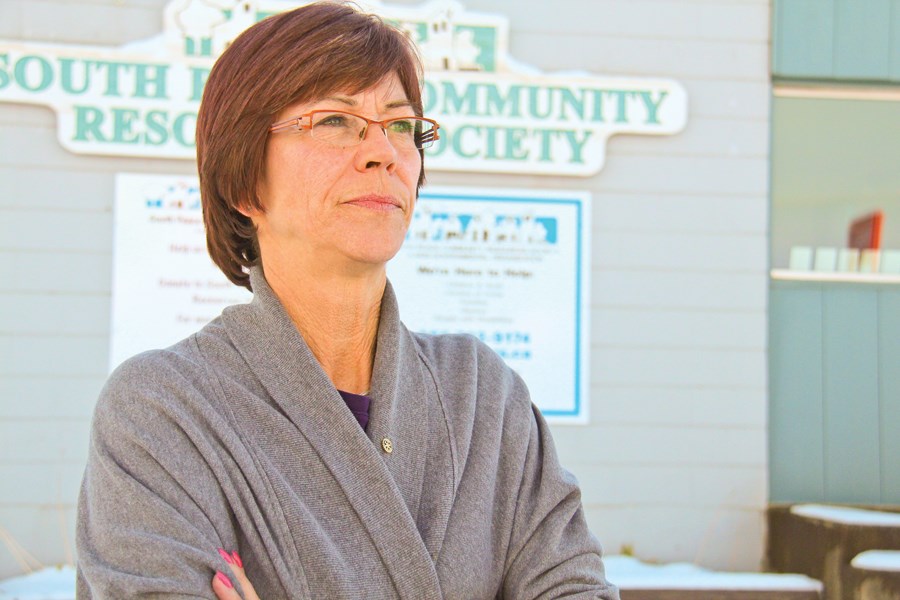 "Financial stress is one of the big stressors in any relationship." — Arden Smith, SPCRS.Jonny Wakefield

Social workers in Fort St. John and Dawson Creek say they're seeing a "spike" in demand for domestic violence support services as families feel the strain of the economic downturn.

It's a trend seen across Western Canada as the region grapples with one of the worst oil and gas downturns in a generation.

"Financial stress is one of the big stressors in any relationship, whether it's good or bad," she said. "The more stress factors they have, the more things escalate."

Karla Marsh, executive director of Community Bridge, told the Alaska Highway News that in the past year, the agency has seen a 100 per cent increase in the wait list for its Stopping the Violence women's counseling program.

As of the end of January, there were 54 people were waiting for counseling, Marsh said last month.

"This is for women leaving abuse or dealing with domestic violence," she said. "We've had a real spike in our women's counseling."

In Dawson Creek, wait lists for similar programs are also up, Smith said.

Smith noted that only a small subset of women who experience domestic abuse will report it to the police or seek out social services.

The trend is less clear at transition houses for women and children fleeing violent relationships.

Community Bridge saw a 10 per cent increase in the number of nights spent at its transition house last year. However, demand has been flat so far in 2016.

Overall bed nights at the Mizpah Transition House in Dawson Creek were down year-to-year. However, SPCRS has had to turn people away because demand is so high. Smith said beds in the house are specifically for women and children seeking to escape abusive relationships, and that it is not intended as a shelter.

She said the house is full nearly every night.

Canary in the coal mine

According to Smith, SPCRS staff in Tumbler Ridge saw many of the same trends ahead of the rest of the region.

The community of 2,700 has struggled since the closure of its coal mines in 2014.

"When the financial supports were coming to a close and people didn't have a new direction for themselves, (staff in Tumbler Ridge) started to see more and more people coming in quite desperate, having experienced relationship violence, escalations and other things," she said.

She said anyone who hears a domestic violence situation should call the police.

"I think it's critically important if ever you hear a person in distress, it doesn't matter why, call in the RCMP," she said.

"Sometimes neighbours have heard (people in) distress and not known what to do."