Restaurants that have had their licences revoked due to non-compliance of COVID rules will not be eligible
Apr 8, 2021 1:50 PM By: Chuck Chiang 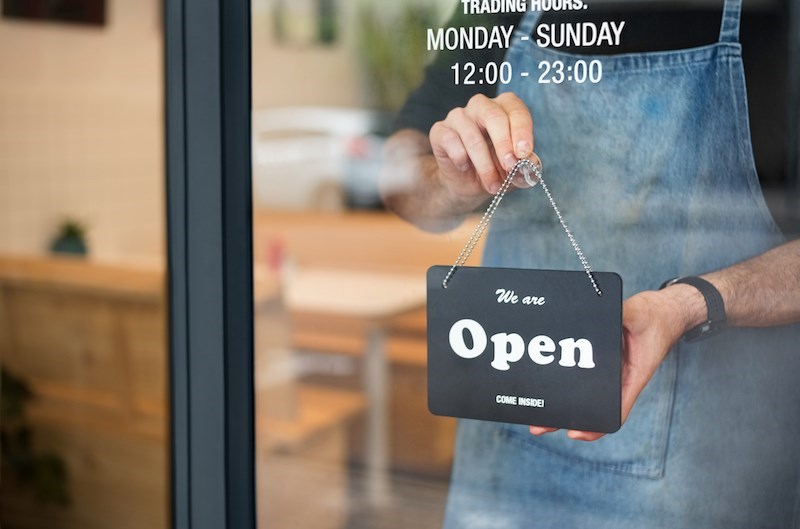 The B.C. government has announced a new relief benefit for restaurants who haven't had their licences revoked due to non-compliance of coronavirus rules

The B.C. provincial government has announced a $50million circuit-breaker relief grant that will open itself to applications to local businesses and restaurants starting next week.

According to provincial Jobs, Economic Recovery and Innovation Minister Ravi Kahlon, the grant will allow restaurants and other affected businesses to get up to $10,000 in a one-time relief cheque that can go towards anything from regular costs like wages, maintenance and utility to emergency costs like perishable food replacement.

Kahlon, however, noted that restaurants (and other businesses) that have had their licences revoked due to non-compliance of COVID rules – including the latest circuit-breaker closure of dine-in operations province-wide – will not be eligible for the grant.

“We are not going to be supporting bad behaviour,” Kahlon said. “Certainly, a number of them [who had licences revoked due to COVID violations] have been prominent in the news, and this grant will not be available to them.”

The circuit breaker was introduced on March 31 due to B.C. experiencing a new spike in COVID-19 infection numbers, with daily new cases reaching its highest point during the pandemic and recording multiple days of 1,000-plus newly reported cases. The spike coincides with fears that new variants of the COVID virus may be taking hold in the province.

The new restrictions themselves include a ban on indoor dining and fitness activities that are not individual or one-on-one, as well as the closure of the Whistler-Blackcomb ski resorts.

Since the circuit-break was put into force, there has been two high-profile cases in Vancouver where restaurants (Corduroy Lounge and Gusto’s) continued to hold dine-in operations. Viral videos emerged on social media showing one restaurant owner confronting Vancouver Coastal Health workers about the violation – with patrons chanting “Get out!” to the health workers as they left.

The City of Vancouver has since suspended the licences of both restaurants.

Jeff Guignard, Executive Director of the Alliance of Beverage Licensees (ABLE BC), said the actions of the two restaurants do not reflect his group’s 1,000-plus membership or the industry at-large.

“What I will say is that those two businesses do not represent the more than 14,000 businesses in our industry, full-stop,” Guignard said. “We will do everything Dr. Henry needs. Of course, I see where they are coming from, with this [circuit breaker] coming on top of everything else. People are desperate, and that’s where their decision was driven from... But the law’s the law, and doing something like that doesn’t help anyone.”

The province estimates about 14,000 businesses – anyone who was in operation by Feb. 1 and had operations disrupted by the circuit-breaker’s prohibition of indoor dining, indoor fitness/training and other activities – are eligible.

According to Guignard, an internal poll showed 99% of ABLE BC licensees suffered “significant declines in revenue” since the circuit breaker came into effect. The fact that the province responded with the grant so quickly was crucial and a potential life-saver for many B.C. businesses, he added.

”Banning indoor dining at this point of the pandemic became an existential crisis for our industry,” Guignard said. “People were on the verge of bankruptcy; that’s where we were heading. So today’s announcement is a lifeline.”

The payout amount to each applicant will be determined by the size of an applying company’s workforce.

Applicants have been promised a “streamlined” process for grant assessment. Kahlon said businesses only need to provide proof of operation in B.C. (i.e. liquor licence) and their deposit account information.

The new grant’s funding is redirected from the pre-existing Small Business Recovery Grant program, and Kahlon said the decision to do so was not based on a lack of uptake in the latter program, bur rather the urgency of the former.

The minister noted that the circuit-breaker relief grant program went from conception to realization within a week, and the only way that was possible was through accessing the previous grant’s funding.

“We wanted to act fast, and the fastest way was to use the dollars that are already approved and we already had on the books,” he said, adding that the province is confident that the money dedicated to the Small Business Recovery Grant will be used up 100% by those who need it. “... [The circuit-breaker grants] are going to the businesses who need it right now.

Kahlon declined to confirm that the grant program would be extended beyond the current scheduled end to the circuit-breaker rules on April 19 if Provincial Health Officer Bonnie Henry extends the circuit-breaker period, only urging the public to keep following health guidelines in order to “bend the curve” as quickly as possible.