Candidates weigh in on Site C

BC Hydro has spent more than $5 billion so far to build Site C, and how many more billions it will take to complete is anyone's guess. Peace River North candidates Dan Davies and Trevor Bolin were asked at the Oct.
Oct 21, 2020 3:35 PM By: Alaska Highway News Staff 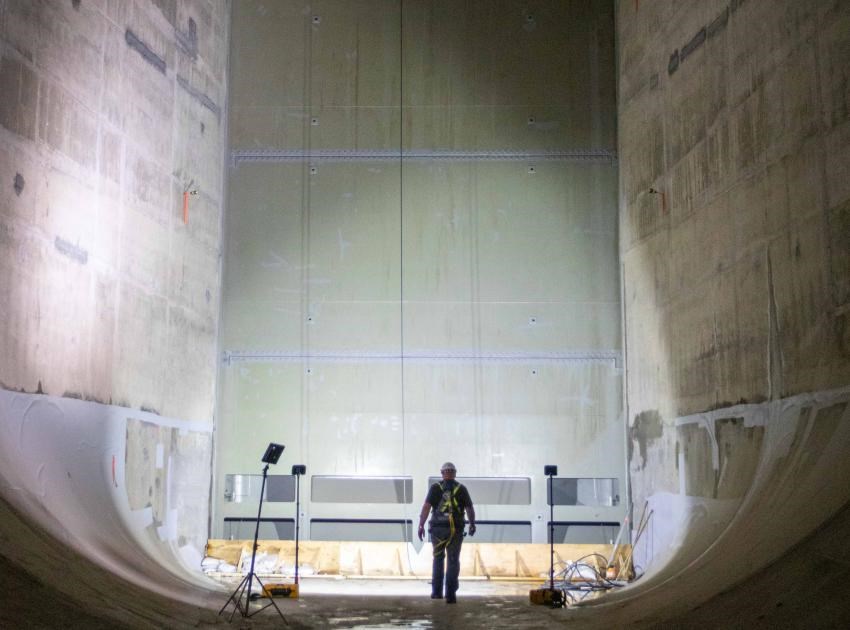 A worker inspects a gate in a river diversion tunnel at Site C.BC Hydro

BC Hydro has spent more than $5 billion so far to build Site C, and how many more billions it will take to complete is anyone's guess.

Peace River North candidates Dan Davies and Trevor Bolin were asked at the Oct. 14 public forum whether their party would release special advisor Peter Milburn's forthcoming report on Site C's geotechnical problems and skyrocketing costs, and whether they would cancel the project if it proves to be too costly to continue. Here are their responses:

“I have a lot of faith in the hundreds of engineers that are working at Site C. I myself have actually worked on the project, in the early days when they were doing a lot of the foundational work there. It is something that I believe that the provincial government, as well as BC Hydro, need more oversight on. We need more oversight to make sure that some of the costs that are overrun, those should not be happening.

“The minister, Michelle Mungall at the time, she was very clear when she stated the project was handed over to the NDP on time and on budget, and it has taken a massive turn to now being billions of dollars over budget. That is something that certainly concerns us all, and we need to make sure that oversight is in place.

“We also need to make sure that our local contractors are being paid, and that is something that I’ve heard.

“I do support the project, I think it’s an important project. We have invested already billions of dollars in that, I think it would be an absolute disaster if it was reversed. We need though to make sure that we are working within the best science of our engineers, and making sure that this project is being done properly for the benefit of all British Columbians, who own the project in the end."

Trevor Bolin: “Yes, we would publicly release it. I believe that any documents that pertain to a project such as Site C, or any other Crown project, should be released to the public and there should be nothing to hide behind.

“It reminds me of when I first ran for council when I was 28 years old and we were just building the Pomeroy Sport Centre. I was doing one of my first interviews to be elected on to council, and they said, if you get elected, will you stop the Pomeory Sport Centre? At that point in time, we called it the Enerplex.

“Basing it on today, and basing those values on looking at solar or wind or other alternatives, which they’re now scrapping in our neighbouring province. They just tore down a $13 million solar project in Medicine Hat because it proved not to work.

"It’s up to $12 billion now, and we’re going to end up eating that bill. But we need to ensure that we can regain control of the project and get it back on track.”

Danielle Monroe, candidate for the NDP, did not attend the forum, and has not responded to press inquiries.