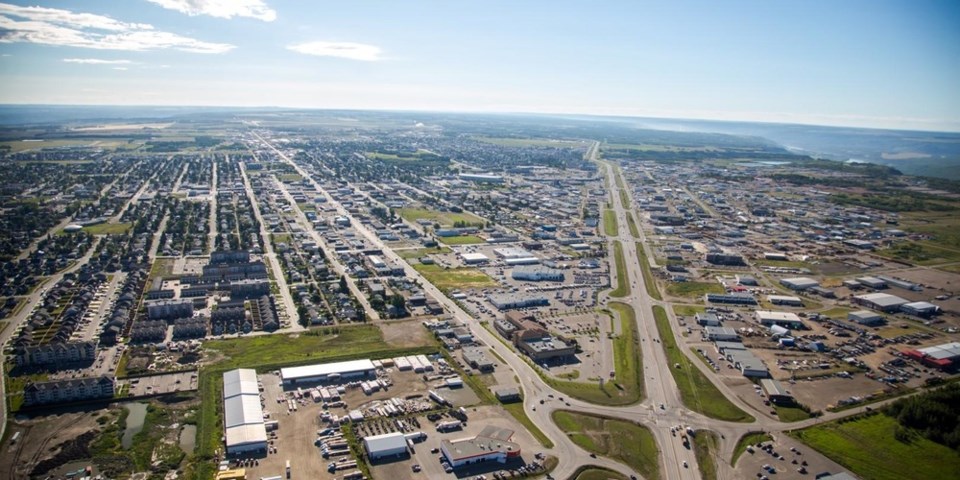 The city, along with Taylor and Hudson's Hope, saw the largest population gains in the North Peace between 2011 and 2016.

Looking at the Fort St. John census agglomeration--which includes Charlie Lake, Grandhaven, Baldonnel, and Taylor--the area's population rose from 26,380 people to 28,396, a jump of 7.6 per cent.

The District of Taylor itself saw its population rise from 1,373 to 1,469 over the last five years, an increase of seven per cent.

Hudson's Hope's population rose 4.6 per cent between census periods, rising from 970 to 1,015, according to Statistics Canada.

The Peace River Regional District as a whole saw a 4.8 per cent population increase over the last five year, rising from 60,082 to 62,942.

The Northern Rockies Regional Municipality, meanwhile, saw its population drop from 5,290 to 4,831, a decline of 8.7 per cent.

Halfway River saw a gain of two people, rising to a population 172 over the last five years.

Blueberry River saw its population dip from 210 to 197.

Census data was collected in May 2016, with Statistics Canada reporting a 98.4 per cent completion the rate, the highest on record.

The agency will be releasing six other batches of census data this year. Its next release, scheduled for May, will focus on the country's age and sex.