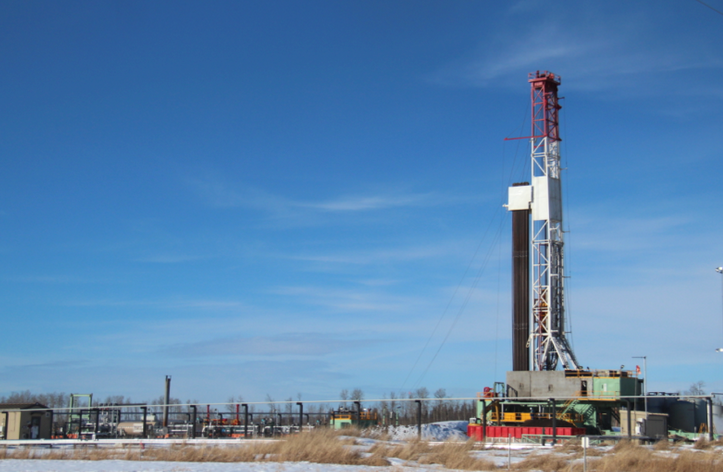 An oil and gas drilling rig near Tomslake in February 2016. Encana Corp. was the busiest driller in B.C. this year with 91 wells.

Encana Corp. was the busiest oil and gas company during a rough year for the B.C. oilpatch.

The company was permitted for 91 wells through the end of November, according to well data from the B.C. Oil and Gas Commission.

While Encana had more wells than it did last year, the data highlights a huge overall drop in drilling as the oil and gas downturn drags into its second year.

Much of this year’s drop was due to cutbacks at Progress Energy, which spent the past two years proving resources for the Pacific NorthWest LNG export project near Prince Rupert.

2016 also saw Tourmaline Oil Corp. and Crew Energy drop out of the top five, replaced by Painted Pony Petroleum and Shell Canada, which had 50 and 39 wells, respectively.

Encana operates primarily in the South Peace, while Progress’s holdings are concentrated in the North Montney. Encana has recently shifted focus to natural gas liquids.

According to Encana spokesperson Jay Averill, the company’s year-to-year spending in the Montney has been relatively flat. The company spent U.S. $159 million in the Montney in 2015, including the B.C. and Alberta sides of the shale formation. This year, Encana put around U.S. $120 million into the play.

CLARIFICATION: A previous version of this article confused drilling permits and actual wells drilled. It has been clarified to reflect this distinction.