Forestry, mining, energy have shown resilience and innovation during the pandemic

The natural resources sector has helped B.C.’s economy fare better than economies elsewhere in Canada during the COVID-19 pandemic, and the industry could drive the province’s economic recovery – if government allows it.
Feb 2, 2021 9:41 AM By: Chuck Chiang 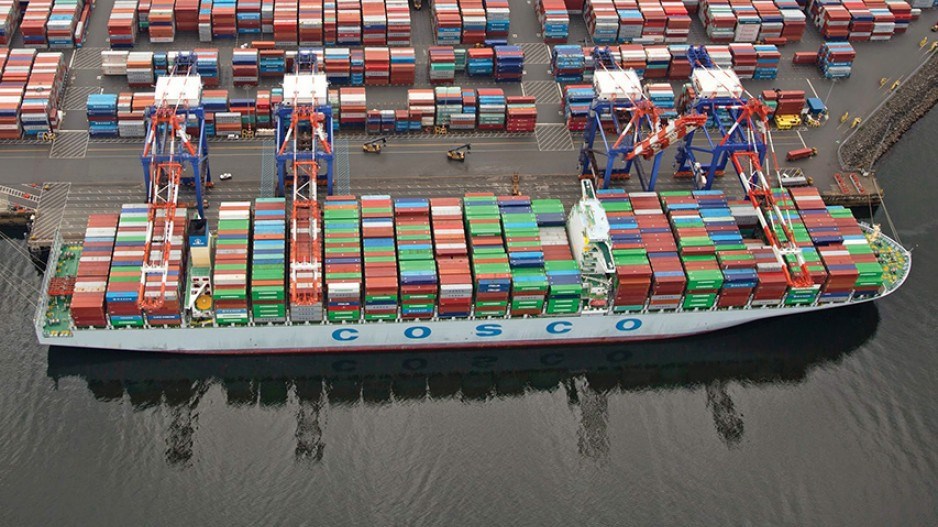 The natural resources sector has helped B.C.’s economy fare better than economies elsewhere in Canada during the COVID-19 pandemic, and the industry could drive the province’s economic recovery – if government allows it.

That is the message the sector presented at the 18th annual BC Natural Resources Forum, held January 26–28. Industry officials said a united front on globally promoting the province’s resources – forest products, minerals and energy – will be key to creating jobs while also setting a global example through B.C.’s industry practices on the environment, community engagement, and innovation.

One sector showing its potential as an economic engine is the province’s forest industry, said Alexa Young, vice-president of government and public affairs at the BC Council of Forest Industries (COFI).

Young, who noted that the sector benefited from people staying home more and opting to upgrade their dwellings during the pandemic, said the industry’s growth in 2020 is a potential road map for B.C.’s economic recovery.

“It’s the depth and breadth of forestry’s reach into B.C.’s economy that has driven [economic] continuity,” Young said. “This is an industry that supports 100,000 good-paying jobs. It’s in Vanderhoof and Campbell River for sure, but it’s also in our cities in Burnaby, Surrey and right here in Vancouver. Companies are making machine parts and high-tech tools, delivering services and getting our products to market. It extends to businesses you wouldn’t even think about, like catering companies.

Johnston-Billings said Teck’s handling of the pandemic’s economic uncertainty shows that the mining industry can provide a strong foundation for people’s livelihoods in B.C.

“[A pandemic] probably wasn’t what we were all thinking about two years ago, but if any sector is well designed from the beginning to handle something like the pandemic, it is probably the mining sector because we already have so many safety protocols in place,” she said, noting Teck quickly added masks, social distancing and working from home to its policies while maintaining operations as COVID-19 took hold in Canada.

“We didn’t change anyone’s take-home pay,” Johnston-Billings said. “No one lost their jobs as a result of the pandemic. Teck really made sure we didn’t reduce head count, and we were very clear at the beginning of this process that we wanted to make sure people’s health and mental well-being around the security of their jobs are safe.”

Outside of the natural resource sector’s response to COVID, both Johnston-Billings and Zebedee noted that B.C. commodities such as natural gas, copper and metallurgical coal produce a much smaller carbon footprint than those produced in other jurisdictions because of B.C.’s strict environmental regulations and companies’ internal commitments.

It’s an advantage, Zebedee said, that B.C. should be leveraging in the global market at a time when environmental awareness has permeated every step of business decision-making in economies around the world.

“[LNG Canada] is of course a showcase project that will export low-carbon natural gas to Asian markets that need it so, so badly,” Zebedee said. “It creates well-compensated jobs here in the local economy, and it differentiates ourselves from our competition in that our carbon footprint is so much smaller than that of our competition – while feeding into markets that are growing.

“We are working together with all levels of government … on a framework for us to get credit for our low-carbon footprint in a global market. Some large energy companies are selling carbon-neutral LNG [liquefied natural gas] cargoes into the market right now. This will form a competitive advantage for us at LNG Canada, and we need to work together with the government to develop a policy framework around requirements to enable that.”

B.C. also has a logistical advantage with its West Coast ports in meeting the growing demand for natural resources in Asia.

Stevenson said demand has been driving unprecedented growth at the Port at Prince Rupert over the last decade.

He adding that he hopes the port’s capital projects underway now – as well as those slated to start this year – will help the port surpass Montreal as Canada’s second-largest before long.

All that growth, Stevenson said, is happening with Asian markets clearly in mind.

“Our carbon strategy is fundamental to what we see as our future value proposition and competitive advantage. We know today that containerized goods coming in from Asia into multiple points in North America – moving through Prince Rupert – have the lowest carbon footprint of any West Coast gateway. Similarly, when you look at the export side, Prince Rupert’s proximity to Asian markets and our modern terminals create an opportunity to reduce carbon footprints for goods leaving Canada.

“We see it as an increasing driver to both trade decisions and consumer preferences.”

Officials from companies like Nike Inc. (NYSE:NKE) and Walmart Inc. (NYSE: WMT) have expressed interest in reducing their supply chains’ carbon footprints, contributing to the Port of Prince Rupert’s goal of a 30% reduction in carbon emissions from port operations by 2030 – and net-zero carbon by 2050.

The goal, industry leaders say, is for the entire sector to drive B.C. along an upward path of economic growth once COVID-related restrictions are lifted.

Young and other panellists said all parties in the sector have been engaging heavily with first nation communities and municipal governments to ensure the economic benefits realized from natural resource exports are shared beyond the corporate sphere.

The key, she added, is for government and industry to continue send a consistent message about the region’s exports to global markets.

“I’m going to call it economic recovery plus,” Young said. “It’s economic recovery plus doubling down on our commitment to climate change, to making the low-carbon products that the world wants. Recovery plus listening to communities and continuing to advance reconciliation.… Not only is this something we should be proud of, but it’s something we should be leveraging, shouting from the rooftops as our competitive advantage. That’s going to take a Team B.C. approach.

“We are all aiming to have strong, resilient communities. A clean and healthy environment. Jobs for British Columbians. We are all singing from the same song sheet, and it’s going to take partnership to think about the policies and the pathways that will help us evolve industries well into the future.”