Could an earthquake induced by hydraulic fracturing in close proximity to hydro-electric dams on the Peace River cause a major dam failure? That’s the concern being raised once again by Ben Parfitt of the Canadian Centre for Policy Alternatives (CCPA
Jan 9, 2020 1:20 PM By: Nelson Bennett 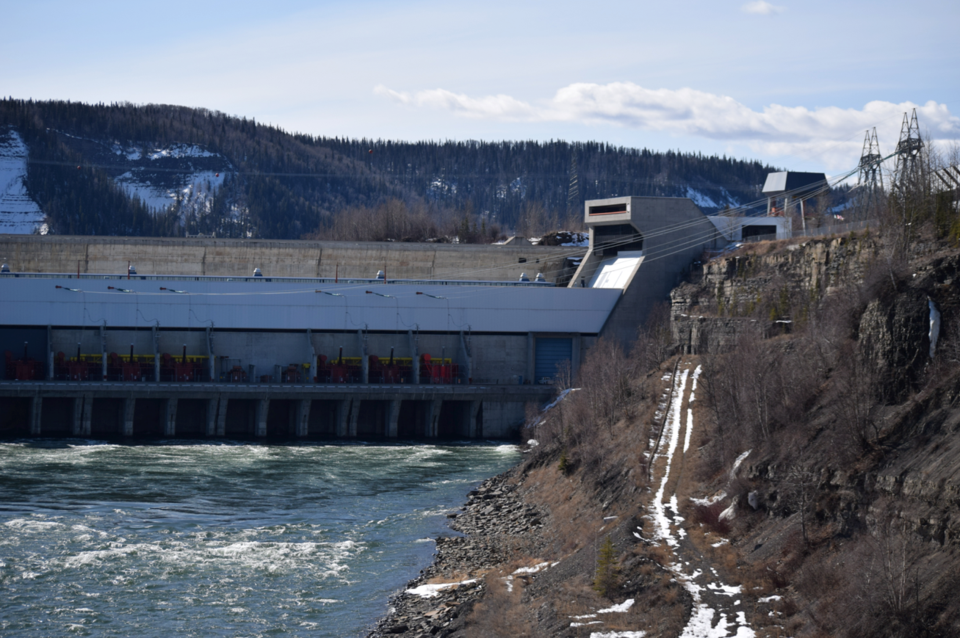 Could an earthquake induced by hydraulic fracturing in close proximity to hydro-electric dams on the Peace River cause a major dam failure?

That’s the concern being raised once again by Ben Parfitt of the Canadian Centre for Policy Alternatives (CCPA) in a new two-part investigative series sponsored by by the Corporate Mapping Project, which is a collaborative effort involving the University of Victoria, the CCPA and Parkland Institute.

The CCPA is calling for a perimeter that would prevent any fracking within a 10-kilometre radius of Peace River dams, and a further perimeter beyond that of 15 kilometres that would only allow for fracking if independent experts can give assurances that they would pose "zero risk" to dams.

Based on documents and emails released under the Freedom of Information and Protection of Privacy Act, Parfitt details the concerns that BC Hydro engineers raised over the years about the potential impact of induced seismicity from fracking on hydro-electric dams on the Peace River. It goes over similar ground covered by Parfitt in a previous investigation in 2016.

"The new information shows very, very clearly that there is a scenario in which a strong enough earthquake close by the Peace Canyon dam could set in motion events that could bring the dam down," Parfitt told Business in Vancouver.

According to emails released through an FOI request, BC Hydro engineers raised concerns about the potential impact of fracking on BC Hydro dams on the Peace River: Peace Canyon, WAC Bennett and Site C, which is still under construction.

Of particular concern is the Peace Canyon dam, which might not be as earthquake-proof as the newer Site C dam.

Parfitt says BC Hydro knew for more than a decade that the Peace Canyon dam is built on weak, unstable rock, making it vulnerable to fracking induced earthquakes.

He says BC Hydro’s concerns were not widely shared within the Crown corporation, however, and that they were largely kept secret from a joint federal-provincial review panel that evaluated the Site C dam project.

Parfitt cites Scott Gilliss, BC Hydro’s dam safety specialist, who wrote so many emails raising concerns about the potential impact of fracking on the Peace Canyon dam that he began to sound “like a broken record.”

The potential damage from induced seismicity from fracking was considered by a joint federal-provincial review panel during hearings for the Site C dam project.

That dam is designed to withstand an earthquake of up to 7.7 magnitude. The most powerful quake yet registered from fracking in B.C. was 4.6, though a 5.7 magnitude quake occurred in Oklahoma in 2011. The Peace Canyon dam may be more vulnerable than Site C or Bennett dam.

"In BC Hydro's own estimation, the seismic tolerance of its Peace Canyon dam is far lower than it was thought to be at the time the dam was constructed," Parfitt said.

To address public concerns about hydraulic fracturing, the NDP government commissioned a scientific review panel to study it. In February 2019, the scientific panel produced a 236-page report, which included assessments of induced seismicity risks in general.

That report raised no concerns specific to hydro-electric dams on the Peace River.

"We recently completed an independent scientific review of the hydraulic fracturing process in B.C that found our regulatory framework to be robust," the ministry of Energy, Mines and Petroleum Resources said in a written statement to Business in Vancouver.

"The Oil & Gas Commission requires that companies planning activities near a hydro-electric dam must coordinate with BC Hydro and ensure appropriate safeguards are in place. In addition, there are no hydraulic fracturing or disposal wells operating within 5 (kilometres) of any BC Hydro dam and none operating within 10 kms of the Peace Canyon or Bennett Dams.”