A gold miner is hoping to make history by becoming the region's first Libertarian MP.
Aug 12, 2015 9:52 AM By: William Stodalka 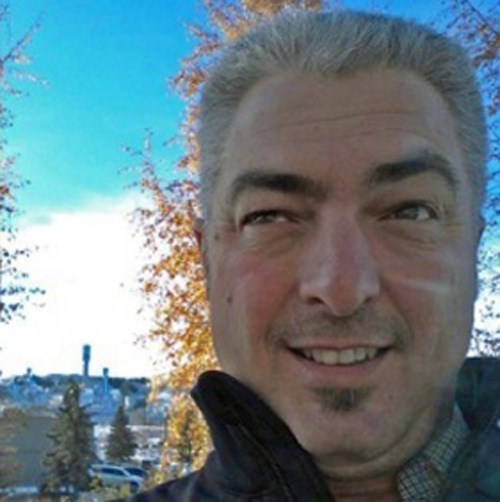 Libertarian candidate Todd Keller favours defunding and selling the CBC, and offering an IPO to Canadians.

A gold miner is hoping to make history by becoming the region's first Libertarian MP.

Todd Keller, who is currently working a grueling 27-days-on, three-days-off shift at a gold mine in the Yukon, is carrying the Libertarian banner in the Prince George-Peace River-Northern Rockies riding in the upcoming federal election on Oct. 19.

"I have become frustrated with all previous government's economic policies," Keller wrote in an email interview with the Alaska Highway News.

"Taxation is out of control and there is virtually no wage growth."

Keller has never been elected to public office before, but says he "work(s) for a living in the same oilfields as many of the electorate here."

Keller says he has worked in oilfield sales in Calgary, and worked as a gold buyer in the Yukon.

Right now, he has gone back to working in the Yukon since work in the northeastern B.C. oil patch has slowed.

"I understand the commodities business thoroughly and can apply that knowledge directly here in Prince George-Peace River-Northern Rockies,” Keller said.

Keller decided to run as a Libertarian after talking with their party’s leader, Tim Moen, saying he was “convinced that the Libertarian Party has the leadership and the direction to be a serious contender to form the next Government of Canada with Tim Moen as its Prime Minister.”

Libertarians call for the government to step away from many of its current functions, and instead leave those functions up to individuals and the private sector.

Keller cited the government's involvement with the CBC as an example, and said CBC executives wrote regulations for the anadian Radio-television and Telecommunications Commission  "to protect their own jobs."

"I would sell the CBC on the Toronto Stock Exchange with an IPO to the Canadian people only," he wrote.

"I would further require the CBC to pay a monthly dividend to their new shareholders so the investors can begin to get some of their billions back from years of paying tax dollars into this broadcast machine."

On domestic policy matters, Keller wants to affect change with regards to individual rights, saying he finds it "a travesty" governments violates the rights of individuals in this country. Keller cited Bill C-51 as an example of legislation violating or threatening a number of Canada’s fundamental freedoms.

“Bill C-51 is designed to make violating your rights easier for law enforcement,” he said.

“Canadians should not be living under a constant state of suspicion, Canadians deserve to have their Charter Rights be absolute protection and under a Libertarian (government).”

Keller has little hope of winning in the solidly Conservative riding,  and faces the unique  challenge of campaigning from a camp in the Yukon through the end of September.

Keller also does not have the backing of one of the main Canadian political parties, and the Libertarian Party has never won a seat at the federal level.

Nevertheless, Keller believes “there is at least a little Libertarianism in everyone except for the most ‘red’ Socialists.”

“I think the Conservative Party wants the opportunity to violate your civil rights and devalue your money for their own selfish interests,” he said. “To 'win over' people (who typically vote for a mainstream party candidate) people need to realize they are a lot more Libertarian than they think they are. I recommend everyone Google search the word 'Libertarianism' and see for themselves how much of themselves are actually a part of it.”

Drought is on Metro Vancouver's horizon — will fixing water scarcity cost too much?
May 15, 2021 9:00 AM
Comments