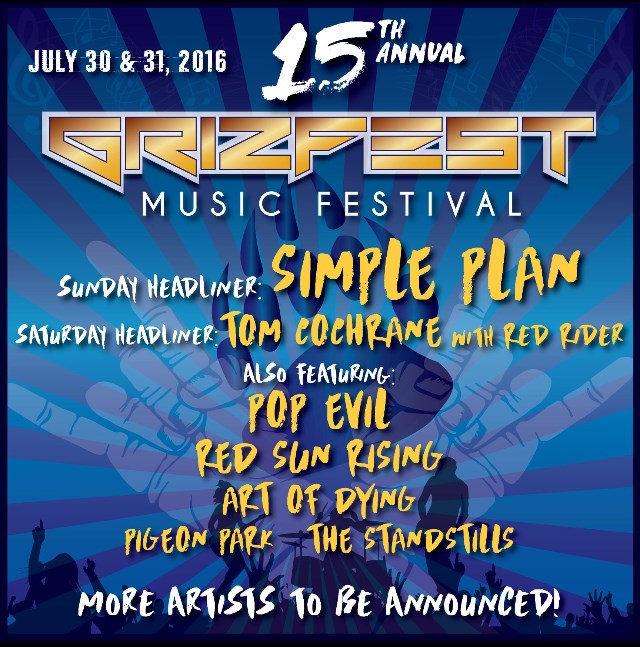 The weekend music festival in Tumbler Ridge will will take place July 30 and 31 at the Tumbler Ridge Secondary School field, and will feature Tom Cochrane and Red Rider as the Saturday evening headliner.

Montreal's Simple Plan will end the festival as the Sunday evening headliner.

More artists will be announced at a later date. Three slots remain open for Saturday afternoon/evening.

2016 marks the 15th anniversary of Grizfest.

As always, the weekend will kickoff with a Battle of the Bands competition Friday, July 29 at 7 p.m.

More information can be found at: www.grizfest.com. Lineups are subject to change.