Kaila Walton was sitting in her truck on a work site north of Fort St. John when she felt the ground begin to shake.
Aug 17, 2015 3:18 PM By: Jonny Wakefield,William Stodalka 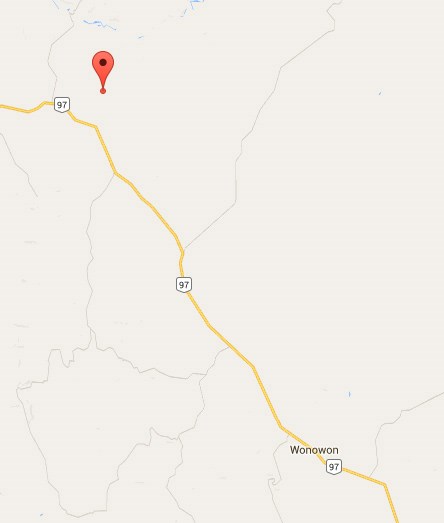 Kaila Walton was sitting in her truck on a work site north of Fort St. John when she felt the ground begin to shake.

"Imagine standing on a piece of plywood and somebody is standing on the other side, jumping on it," said Walton, a field medic, describing the 5.0 magnitude quake that rocked parts of northeast B.C. Monday afternoon. "Everybody here felt it. I was sitting in my medic truck and I felt the whole thing shake. Some light towers were shaking."

For a few seconds, the tremor shook Walton and the rest of her crew on a roadwork site at mile 131 on the Alaska Highway.

The quake struck around 1:15 northwest of Wonowon. Earthquakes Canada  seismologist Timi Mulder told Alaska Highway News it's "unlikely" any property was damaged in the quake, but said the agency was still investigating. No injuries were reported.

The termor was felt as far away as Charlie Lake, where resident Abraham Zamzun said he felt his home shake for nearly 30 seconds.

"I could feel my whole house move," said Zamzun, who lives on Bluejay Road, near Mile 54 off Highway 29. He said it's the first earthquake he's experienced in the 15 years he's lived there.

The quake was significant, Mulder said.

"People would feel like a truck drove into the building if you're in about 100 kilometres (of the quake), maybe a bit more," she said.

"If you're a little further away, you might feel a little bit more swaying."

The agency's site initially reported the quake as a magnitude 5.0—significantly stronger. It's not yet known whether the quake is related to hydraulic fracturing in the area, though seismic events linked to the practice tend to be of smaller magnitude.

The industrial practice caused 11 earthquakes in the Montney basin area surrounding Fort St. John and Dawson Creek between August 2013 and October 2014 that could be felt on the surface, a B.C. Oil and Gas Commission report stated.

Mulder said it was “too early to say” if this earthquake was linked to fracking.

“We have had other earthquakes of this magnitude in that region before, so it’s entirely possible that it’s due to tectonic reasons,” she said. “We are working with a number of other agencies to work this out, including within the oil industry.”

She asked people who felt the earthquake to submit their comments to the Earthquakes Canada webpage to help their investigation.