B.C.'s oil and gas regulator says it's "likely" Monday's 4.5 magnitude earthquake north of Fort St. John was caused by hydraulic fracturing in the area. The shake, which was felt from Pink Mountain to Fort St.
Aug 18, 2015 5:20 PM By: Jonny Wakefield 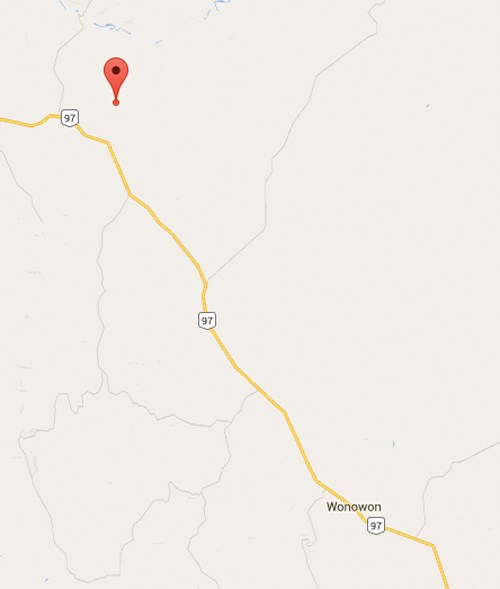 The shake, which was felt from Pink Mountain to Fort St. John, had its epicentre within three kilometres of a site where Progress Energy was fracking, B.C.'s Oil and Gas Commission confirmed.

"It's still under investigation, but it was likely induced by hydraulic fracturing," Clay said.

That makes Monday's shake among the strongest fracking-induced seismic events recorded in the Montney Shale, the 29,850-square-kilometre formation that stretches from the Alberta border to the Rocky Mountains.

Between August 2013 and November 2014, 231 seismic events in the Montney were tied to oil and gas activity, ranging between 1.0 to 4.4 in magnitude. Of those, eleven could be felt at the surface. The vast majority fell between 1.0 and 2.9, while only two fracking-induced events greater than 3.5 magnitude have been recorded in the Upper Montney, according to a 2014 OGC report.

None of the tremors have resulted in injuries, property damage or well leaks, the report states. In all, less than one per cent of the 7,500 fracking operations carried out in that time caused earthquakes.

Most "induced seismicity" events happen when fluid is injected into underground faults at high pressures to release gas.

Another 16 per cent of the 231 tremors came during wastewater disposal, when fluid from the fracking process is injected into unused wells.

B.C. requires oil companies to stop fracking after seismic events. The company will reduce pumping pressures in the future, Clay wrote in an email.

The epicentre of Monday's quake was recorded northwest of Wonowon.

People from around the North Peace reported feeling the quake to Alaska Highway News.

A man living in a worker camp at Mile 131 of the Alaska Highway said he felt the quake and several aftershocks around 1 p.m. Residents of 102 Street in Fort St. John also reported feeling "the room kind of rocking, but it was very subtly."

Drilling is expected to resume on the site.