MP Bob Zimmer won't be in Ottawa when the House of Commons meets Tuesday to introduce urgent economic measures as part of an $82-billion response to support Canadians during the COVID-19 pandemic.
Mar 23, 2020 12:03 PM By: Alaska Highway News Staff 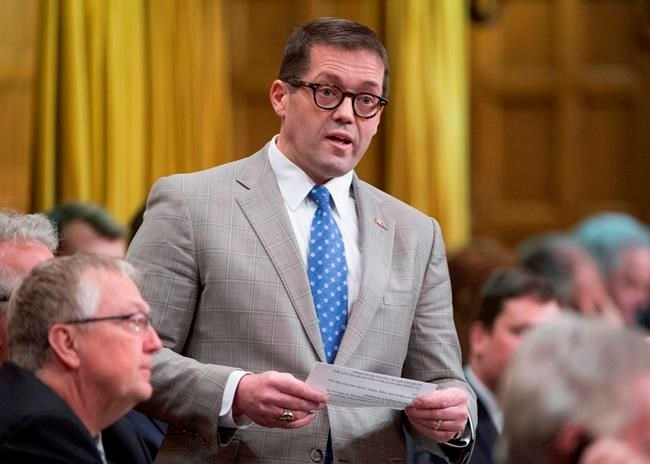 Conservative MP Bob Zimmer rises in the House of Commons in Ottawa, Wednesday, January 31, 2018. A Canadian MP and his British counterpart are asking Facebook CEO Mark Zuckerberg to appear before an international committee they have formed to examine disinformation and fake news. THE CANADIAN PRESS/Adrian Wyld

MP Bob Zimmer won't be in Ottawa when the House of Commons meets Tuesday to introduce urgent economic measures as part of an $82-billion response to support Canadians during the COVID-19 pandemic.

There will be 32 MPs in the chamber to follow public health guidelines about social distancing, and split among the parties based on the number of seats they hold. Government officials say they've been working behind the scenes with opposition parties to make sure the legislation can be debated and passed as quickly as possible.

"We will have a scaled down parliament to enable us to stay home and self isolate," Zimmer said.

The House will reconvene at noon March 24 for four-and-a-half hours to approve the emergency legislation put forward by the federal government.

The Liberals are asking the opposition parties and Senate to rapidly approve a $27-billion spending package, with a further $55 billion in tax breaks and available credit.

Trudeau said Canadians can expect to hear about more economic measures from the government in the days and weeks ahead. He said Canadians are worried about their health and their jobs and asked all to work together to get through the crisis as COVID-19 continues to spread.

“We have to take immediate action to address the global COVID-19 pandemic,” he said.

“Canadians are counting on all parliamentarians to work together to help them during this difficult time.”

Zimmer said parliamentarians are still waiting on the full details of the relief package and could not immediately comment on the forthcoming measures.

The Senate is expected to sit Wednesday to pass Commons’ legislation, with a limited number of senators.

However, some of the benefits won't flow for a few weeks and a new report out Monday suggests many renters may not be able to wait until the first aid flows next month.

Research from the Canadian Centre for Policy Alternatives says just under half of renters in this country, or 1.6 million households, might have only enough money saved in the bank to pay their bills for a month or less.

A further quarter, roughly 830,000 households, don't have enough income to get through a single week without pay, the analysis says.