The provincial government has awarded a $6.5 million contract to a New Brunswick-based construction company to stabilize a stretch of the South Taylor Hill.
Nov 4, 2019 9:16 AM By: Alaska Highway News Staff 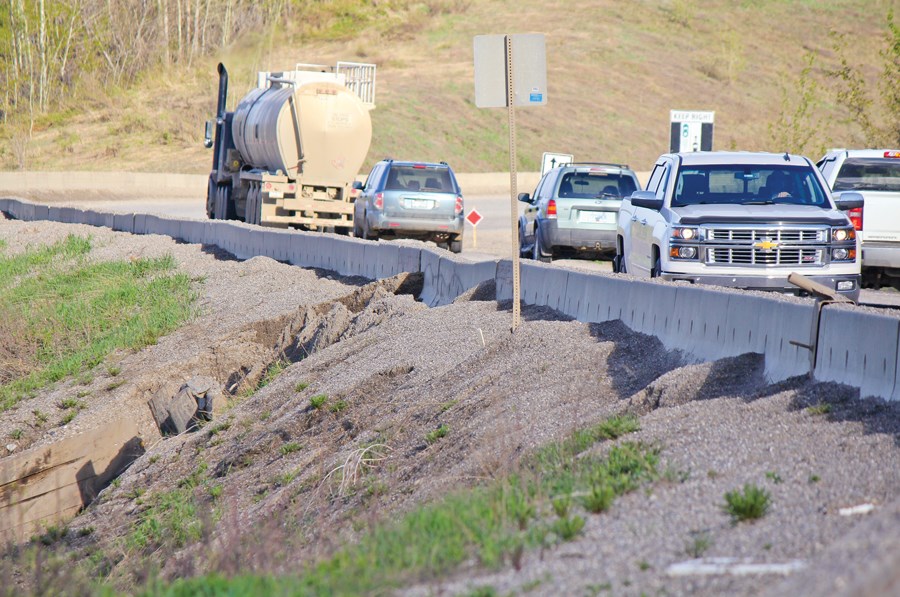 Sloughing at the edge of the road on the South Taylor Hill, May 15, 2017.Matt Preprost

The provincial government has awarded a $6.5 million contract to a New Brunswick-based construction company to stabilize a stretch of the South Taylor Hill.

The ministry of transportation said Monday it awarded the contract to Greenfield Construction. Work includes excavations, drainage improvements, and embedding soil anchors into the slope next to the Alaska Highway, around 4.5 kilometres south of Taylor, the ministry said.

The area then undergo "significant testing" to ensure long-term stability of the "geotechnically challenging hillside", and will prepare the highway for future expansions, the ministry said.

"This geotechnical work will reduce the risk of slides and potential highway closures, ensuring Highway 97 remains a safe, reliable route for people in Taylor and throughout the Northeast," Minister Claire Trevena said in a news release.

"This slope stabilization work is also necessary for the future expansion of Highway 97 at South Taylor Hill."

The lower portion of the South Taylor Hill was four-laned in 2016, and which has been prone to slipping.

The ministry has yet to award a contract to four lane the upper section of the hill. The cost to complete that work is rising, officials have said.

“They’re not sure how to secure that hill. That hill is full of water and it’s sliding all the time, that’s the problem,” Taylor Mayor Rob Fraser said during a council meeting last month.

“They need to hold that hill back somehow and there’s different techniques that they’ve used around the province. They’ve put this RFP out to some of the contractors who have done some of this work in other parts of the province to get a feel from them what would work best here.”