A shuffle in the B.C. RCMP air wing could see North District Mounties lose a plane but gain a helicopter.
Aug 12, 2015 9:54 AM By: Alaska Highway News Staff 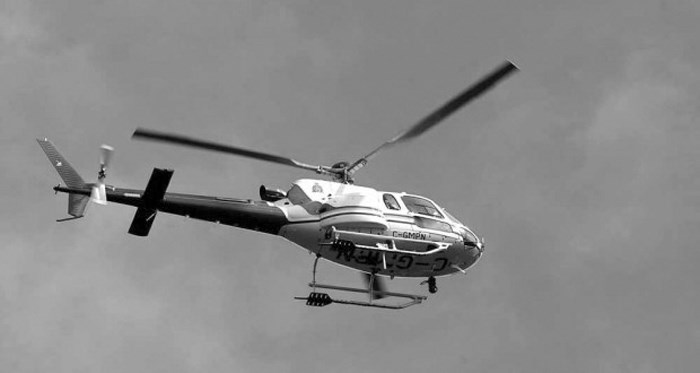 North District RCMP polices around 70 per cent of B.C.'s land mass, but must request the use of a helicopter from other districts to support its operations.Kelowna The Week

A shuffle in the B.C. RCMP air wing could see North District Mounties lose a plane but gain a helicopter.

Talks are underway between law enforcement and local government officials in the Interior over whether to move the RCMP's Air 4 unit from its base in Kamloops to Prince George, leaving its Kelowna-based helicopter crew to cover the Southeast.

The North District polices around 70 per cent of the province's land mass and covers all detachments in northeast B.C. It does not currently have a helicopter unit, but it does have a plane, which could be shifted south in the trade.

"Our assessment of air services in B.C. recommends the realigning of these resources more effectively by moving one of two helicopters currently in the Southeast District to our North District that currently does not have a helicopter, and moving one of our fixed-wing aircraft from North District to Southeast District that currently does not have a fixed-wing aircraft," Staff Sgt. Rob Vermeulen told Kamloops This Week earlier this year.

Whether the air units will be relocated remains to be seen. On Tuesday, Vermeulen said discussions with local governments are ongoing.

As it stands, RCMP in the north must request helicopter from other districts for use in operations.

That was the case last August when police raided a rural property near Dawson Creek and arrested a man believed to be an associate of the UN Gang.

Prince George and Dawson Creek RCMP, supported by an air unit, turned up guns, drugs and cash on the property, as well as a cache of stolen property including ATVs, trucks and a boat.

The prime suspect in that investigation, Robert Cletus Traverse, fled and led police on a four-hour ATV and foot chase before he was arrested. Traverse was arrested carrying a handgun and cash.