More than 850 northern British Columbians have been tested for COVID-19, Northern Health's acting chief medical health officer said Friday, but warned the majority of cases will not be confirmed by the process.
Apr 3, 2020 6:25 PM By: Mark Nielsen 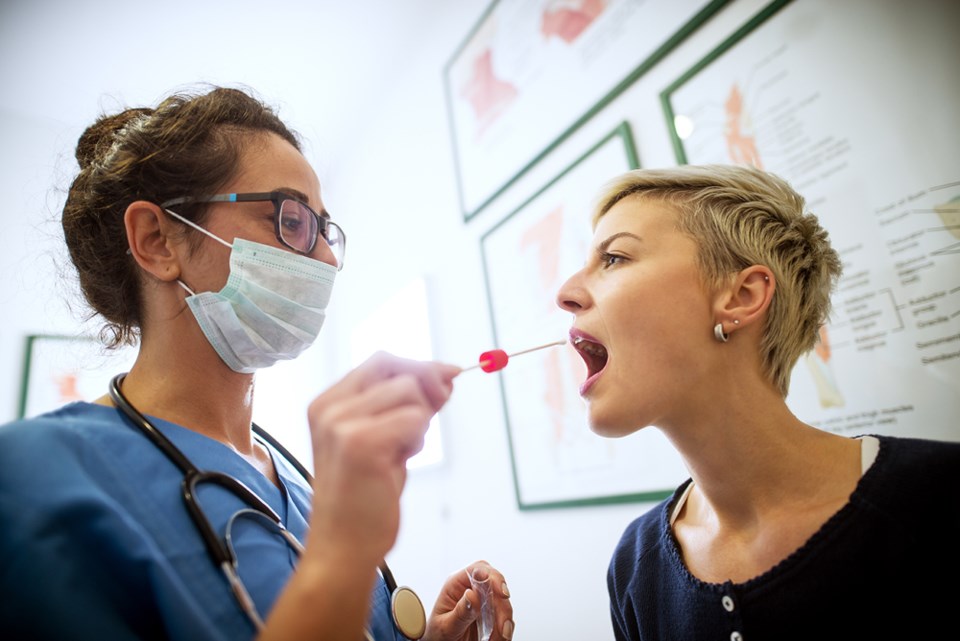 More than 850 northern British Columbians have been tested for COVID-19, Northern Health's acting chief medical health officer said Friday, but warned the majority of cases will not be confirmed by the process.

"It's important that people understand that and that northern B.C. residents should assume that COVID could be anywhere in our community and plan accordingly," Dr. Raina Fumerton added during a teleconference with regional media.

Those who develop respiratory symptoms are urged to assume it's COVID-19 and self isolate for 10 days. An online self-assessment tool is available at bc.thrive.health.

"If, at the end of the 10-day period, they're feeling they're no longer febrile, they're feeling back they're back to their self, then they can remove themselves from self-isolation and we will not have laboratory data," Fumerton said.

The number tested represents just a scant proportion of the more than 46,000 who have been tested province wide.

Fumerton said testing shifted away from travelers entering the province through the Lower Mainland after the system became overwhelmed, and now targets people at risk of being hospitalized or already in hospital, long-term care residents, health care workers, and those in an outbreak cluster.

As of April 3, there were 14 active cases in the Northern Health region and three were in critical care, according to the B.C. Centre for Disease Control. As of that date, there have been 21 lab-confirmed cases since the pandemic broke out.

"Those are from across the north, so in our large and small communities across the entire region," Fumerton said. "Many have been linked to travel but some have been acquired in the community."

Fumerton defended health officials' policy of not naming specific communities where a case has been confirmed. In part, she referred to a legal obligation to protect privacy that limits officials to case counts at the health authority level and providing information on a "need-to-know basis."

That includes notifications of outbreaks in high-risk sites such as acute care and long-term care settings, "of which we have none (in Northern Health) at this time," and high-risk exposures in which the contacts could not be identified, such as the Pacific Dental Conference.

"There is provincial consensus among all B.C.'s medical health officers that more detailed information on cases, including case counts for each community is not necessary for communities to plan their responses and therefore will not be released," Fumerton said.

Even if no cases have been confirmed in a community, it's no guarantee there aren't any, she added.

"We know that, given our current testing strategy, that the majority of cases are going to go undiagnosed in terms of getting a lab confirmation because we are conserving our testing efforts for high-priority populations," Fumerton said.

"So these types of announcements, community-by-community, could produce a false sense of security."

Conversely, she said community-by-community disclosure risks identifying specific people. She said there have been instances of "stigma and vigilantism enacted across the province by people responding to a perceived threat," and more specific details could only worsen the response.

Northern Health CEO Cathy Ulrich said physicians and management have been working on a plan based on the modeling made public last week to secure enough ventilators, intensive care beds and acute care beds but declined to provide details.

According to the modeling, 12 people would need intensive care and 10 of them would need ventilators if the pandemic were to reach the relatively-moderate scale seen in South Korea.

Under current conditions, that would leave Northern Health short two ICU beds and one ventilator among its three major hospitals — University Hospital of Northern B.C. in Prince George, the Fort St. John Hospital, and Mills Memorial Hospital in Terrace.

Using northern Italy as its worst-case scenario, 47 patients would need intensive care with 38 requiring ventilation, leaving shortfalls of 37 beds and 27 ventilators at the hospitals, which have been designated primary care sites.