Chetwynd has one of those problems that, for a resource industry town vulnerable to the vagaries of commodity cycles, is kind of nice to have, but frustrating nonetheless.
Jan 27, 2021 9:48 AM By: Nelson Bennett 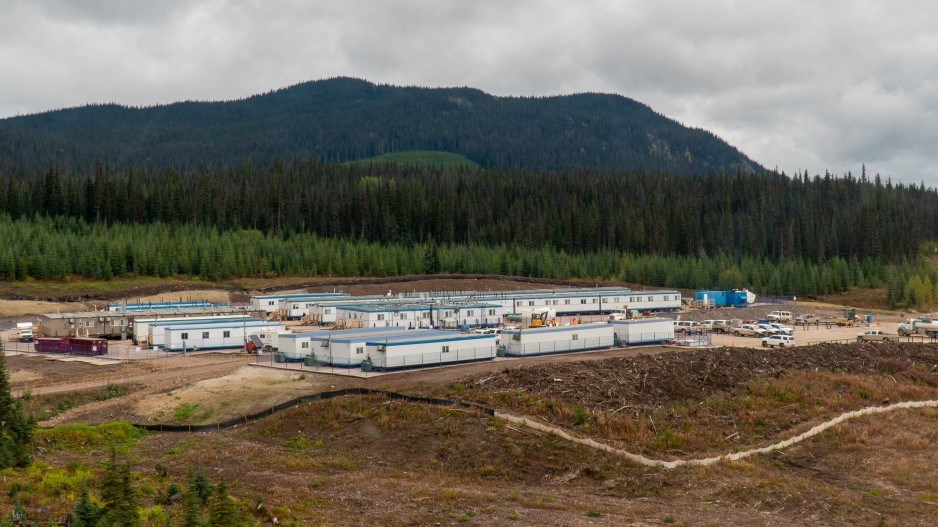 Coastal GasLink workers are housed in work camps like this one in each section of the pipeline, except for the Chetwynd area.Coastal GasLink

Chetwynd has one of those problems that, for a resource industry town vulnerable to the vagaries of commodity cycles, is kind of nice to have, but frustrating nonetheless.

Its hotels are full and the town is struggling to find housing for the new doctors that it has managed to bring to town.

“We’re struggling right now because we have two new doctors coming to Chetwynd. We can’t find a place for them to live. It’s brutal. It’s a good problem to have, I guess.”

Part of the problem is that Coastal GasLink does not have a work camp for the one section of pipe being built in that area, explained Kiel Giddens, public affairs manager for TC Energy Corp. (TSX:TRP), which is building the $6.6 billion pipeline.

“Chetwynd is a particularly special case in that regard,” Giddens said. “We had some challenges with the lodge location that we did have initially planned.”

He said the lodge had to be taken out of the plan due to some “environmental challenges” with the proposed location.

During the first wave of the COVID-19 pandemic, Northern B.C. was relatively unscathed, both in terms of the COVID-19 case count and the impact of lockdowns and restrictions on work and travel.

Resource industries and big construction projects were deemed essential, and thousands of workers were employed for much of 2020 on projects like the Coastal GasLink project, the associated LNG Canada project in Kitimat and Site C dam new Fort St. John.

But after COVID-19 cases began to creep up in the Northern Health region during the virus’s second wave, the public health office ordered large construction projects to reduce their workforces at the end of December.

The Coastal GasLink project, one section of which has been plagued by protests by a group within the Wet’suwet’en First Nation, has suffered some additional setbacks due to the latest public health restrictions.

Prior to a seasonal slowdown, the project employed roughly 4,000 people in 2020. The project managed to hit some major milestones in 2020. It is now about one-third complete.

A seasonal slowdown in work was already underway when, in December, the public health office ordered large projects like Coastal GasLink to scale back their workforces.

Provided the restrictions aren’t extended further, and subject to approval from the public health office, the company plans to start adding another 600 employees, with the ramp-up starting February 1, Giddens said.

The one section that has not had as much progress is the segment that cuts through Wet’suwet’en territory – section seven.

That section has been plagued by roadblocks set up by supporters of the hereditary chiefs who oppose the project. (Elected Wet’suwet’en chiefs and band councils support the project.)

“Section seven is an area where we’re still at the earlier stages of clearing,” Giddens said.

He said the company’s plan is to have pipeline construction underway in that section by this summer.

The limits on workforce remobilization has meant that some work that has to be done within seasonal fish and wildlife windows will have to be delayed by one season.

“Some of that will have to be into next year’s construction schedule,” Giddens said. “But there are ways we can adjust to actually complete the project in time for our 2023 in-service date. There’s still a fair bit of time between now and then to make up for that.”

To date, the project has awarded $870 million in contract work to local and indigenous contractors.