Province issues $40,000 in environmental fines in the Peace in first three months of 2019

There was more than $40,000 in environmental penalties and tickets issued in the Peace region in the first quarter of 2019. Information released by the environment ministry on Tuesday, Oct.
Oct 30, 2019 1:13 PM By: Alaska Highway News Staff 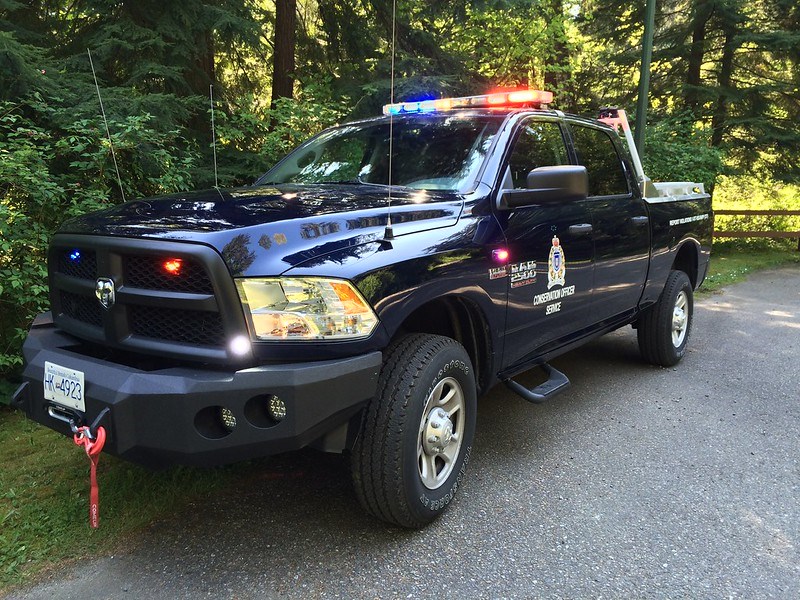 BC Conservation Officer Service.Province of B.C.

There was more than $40,000 in environmental penalties and tickets issued in the Peace region in the first quarter of 2019.

Information released by the environment ministry on Tuesday, Oct. 29, shows officers handed out 79 tickets, and five sanctions and penalties against individuals and industry between January 1 and March 31. There were another four environmental orders issued and four court convictions.

The largest administrative penalty was issued to Crew Energy, which was fined $10,000 for two contraventions of the Drilling and Production Regulation that led to an explosion at one of its well sites near Fort St. John in December 2016 and injured a worker.

Venturion Oil was penalized $7,500 for a contravention of the Oil and Gas Activities Act and two contraventions of the Drilling and Production Regulation, though no details were given.

• Coastal GasLink was issued an order to cease and an order to remedy under the Environmental Assessment Act for failing to comply with conditions of its environmental assessment certificate. No details about the orders were given.

• Canada Energy Partners was issued a general order under the Oil and Gas Activities Act for non-compliance with the Emergency Management Regulation. No details about the order was given.

• Joseph James George Hall was issued a three-year hunting ban, fined $250, and ordered to pay $1,750 to the HCTF for failing to provide information to an officer. Hall was further fined $2,500 for hunting wildlife with the use of a light.

In the North Peace, 29 of the 34 tickets that were issued went to three companies for violating the Water Sustainability Act, and breaching permit conditions related to a sensitive stream.

Officers issued another five tickets to individuals for hunting and trapping out of season, allowing a dog to pursue wildlife, and failing to comply with licence conditions or show proof of authorization.

In the South Peace, officers issued 17 tickets under the Off-Road Vehicle Act for operating an unregistered or unlicenced vehicle, and another 13 tickets for operating a vehicle without registration or a licence from another jurisdiction. The total penalties of the tickets issued was $6,900.

Officers issued another 14 tickets for discharging litter, operating vehicles without registration or insurance, unlawful trapping, angling with more than one fishing line, and catching more than the daily quota, among others.