Early February has come and gone, and the launch of public engagement on caribou recovery plans in the B.C. Peace has yet to be confirmed.
Feb 21, 2019 9:35 AM By: Alaska Highway News Staff 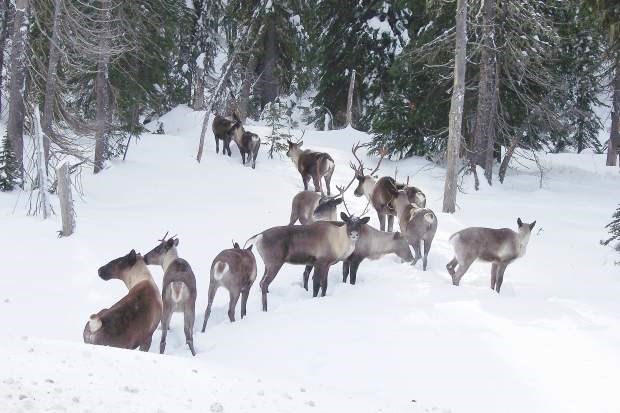 Early February has come and gone, and the launch of public engagement on caribou recovery plans in the B.C. Peace has yet to be confirmed.

The talks were expected to begin early this month, after Peace River politicians pressed Environment Minister George Heyman and Forests Minister Doug Donaldson for a commitment at the BC Natural Resource Forum in Prince George last month.

However, details and logistics have yet to be confirmed, according to the province.

"Once details and logistics have been confirmed, there will be a public announcement," a spokesperson with the ministry of forests, land, and natural resources said in a statement.

"It’s important that everyone who is interested has an opportunity to provide their input."

The ongoing delay is frustrating local leaders, who say residents are being kept in limbo.

Northern B.C. Liberal MLAs raised their concerns in the legislature this week about closed-door meetings and limited local engagement.

“Local MLAs and their constituents are being shut out of a process that should include all voices within the caribou territory, not just those in Victoria. I question how you effectively engage on a plan that does not connect with the local communities that will be most affected.”

Government claims that a draft version of the caribou recovery plan is expected this month.

The Peace River Regional District has asked for a minimum of three public consultations in the region, including Chetwynd, Dawson Creek, and Fort St. John.

"The PRRD is adamant that consultation with local governments, industry, First Nations, and recreational groups is required to fully inform any decisions made to protect caribou populations, with the least impact to local economies and resident lifestyles," the regional district said in a statement.

Local governments have been pressing the province over the last several months, demanding consultations and more study on two agreements being developed with West Moberly and Saulteau to restore caribou populations in the South Peace.

According to recent counts, there's an estimated 229 animals in five herds in the region.

The federal government has declared their to be an imminent threat to their recovery.

— with files from the Dawson Creek Mirror