Taylor to work with housing developer on giant golf ball

The District of Taylor says it will begin talks with a developer concerned about a giant golf ball that's standing in the way of a new housing project.
Feb 17, 2016 9:04 AM By: Bronwyn Scott 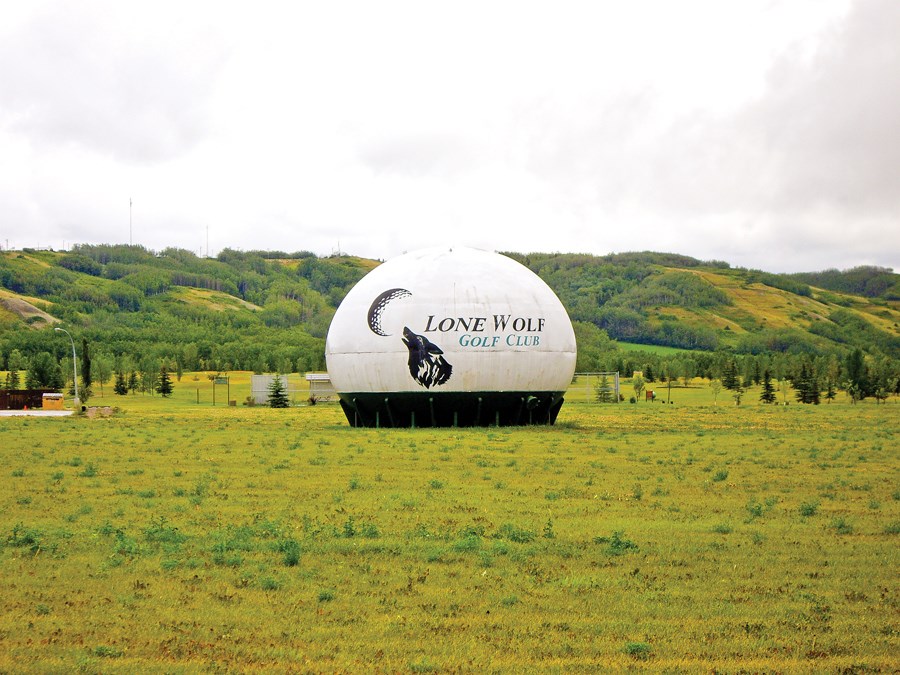 The District of Taylor says it will enter into talks with a developer over the dismantling of the giant golf ball advertising Lone Wolf Golf Course.Gary Woodbury/ourbc.com

The District of Taylor says it will begin talks with a developer concerned about a giant golf ball that's standing in the way of a new housing project.

On Monday, the district council moved to enter negotiations with Taylor North Developments over the removal of the giant golf ball advertising the Lone Wolf Golf Course.

The landmark, built by volunteers 20 years ago to draw traffic to Lone Wolf, is in the way of a housing development set to begin construction later this year.

Taylor North Developments wants the ball removed from the property. The developer sent a letter to council in late January, asking the district to take care of the costs of removing the spherical structure.

No written or verbal agreement on the structure exists between the developer and the district.

“It was recognized that at some point, if the development proceeded that far, that something would have to be done with the golf ball... That’s about as far as it went,” Coun. Betty Ponto said.

Council had to decide whether they wanted to salvage the structure and move it to another location, or do away with it. Council opted to enter into negotiations with the developer for the dismantling of the giant golf ball.

“It’s been there for 20 years now, and maybe we got the use out of it that the volunteers intended,” said Mayor Rob Fraser.

“Whether it goes to salvage or whatever, we’ll negotiate that with them.”

David McWalter, who says he was the “originator of the golf ball idea,” wants the district to keep the “iconic landmark.”

“If it has to be relocated, so be it!” McWalter wrote on the district’s Facebook page.

Others took to the page to say its removal would be a loss to the community.

“Would be a shame as so many residents utilize the area recreationally,” wrote Pauline Plourde in reference to the greenspace around the structure.

Some had creative ideas for its re-invention.

“Move it to the middle of the golf course, cut doors in it and put a bar inside,” suggested Jeremy Dietz.

Dave Callum, general manager of Lone Wolf, wasn’t present at the meeting, but had indicated to McLeod that he didn’t want it moved to the golf course as it would take up too much space.

“It’s too bad we don’t really know a lot of the history about it, because ... it has become a part of Taylor in the years that it’s been there," said Coun. Brent Taillefer.

"It doesn’t mean much to us, but obviously it was a lot of volunteer work... to build that.”