VANCOUVER — People camping and living in a Vancouver park will have until the end of the month to pack up their tents.
Apr 9, 2021 3:04 PM By: Canadian Press 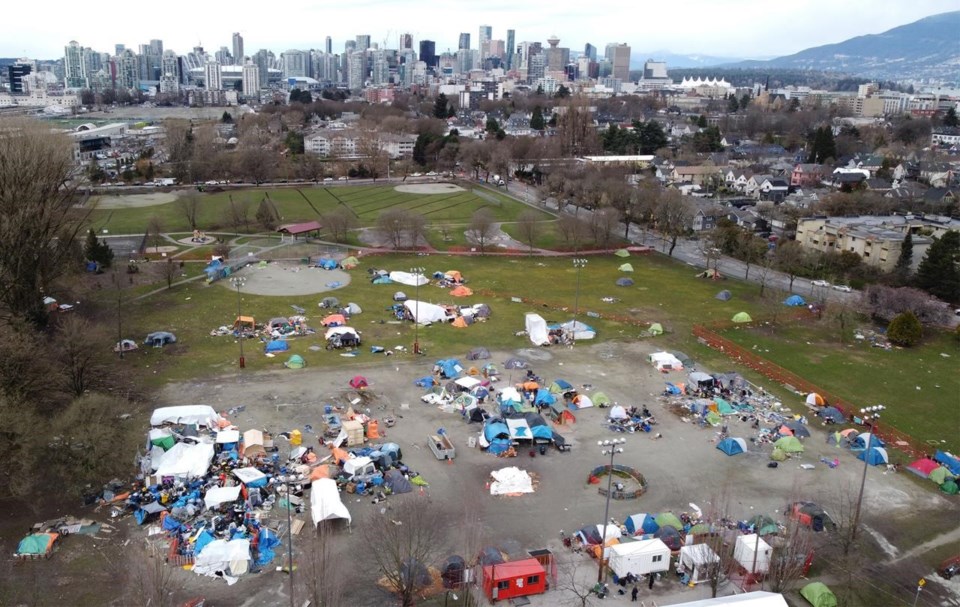 VANCOUVER — People camping and living in a Vancouver park will have until the end of the month to pack up their tents.

Vancouver's park board general manager issued a new order Friday restricting tents and other temporary structures from being set up in Strathcona Park after April 30.

Donnie Rosa said the order builds on the board's work to take back bits of the park for the community.

"The intention is the encampment doesn't grow and these folks are going to be moved indoors over the next few weeks," Rosa said.

A statement accompanying the order called the shut down a "necessary next step" to return the park to community use.

The order comes after the province, city and park board signed a formal agreement this week to end the 10-month encampment that has swelled to roughly 400 tents.

The encampment has faced criticism from a local neighbourhood association, which alleges it has become a source of crime and violence.

"There are a number of people in our neighbourhood that feel quite traumatized by the experience they've gone through in the last 10 months. I'm certain there's a section of the camp population that is as well," said Katie Lewis, the vice-president of the Strathcona Residents' Association.

She said it's been a long 10 months of dealing with the encampment, and she's looking forward to the park being accessible to the wider community.

Chrissy Brett, a spokeswoman for the encampment, said campers haven't yet decided if they'll abide by the order.

"It is definitely a colonial response," she said.

Brett said the campers want to see the development of an urban reserve or co-op, which would allow them to camp outside if desired.

Earlier this month, the British Columbia government announced it had bought three more hotels with a total of 249 units to help house the homeless. About 114 units are expected to be available soon.

The campers moved into Strathcona Park after the Vancouver Port Authority won a court injunction requiring them to leave nearby Crab Park.

They previously camped at Oppenheimer Park, which was shut down by the B.C. government after nearly two years over fears of COVID-19 spreading.

Rosa acknowledged the possibility of the campers following the previous pattern of moving to a new location, but said the board's new bylaw to restrict when tents can be in parks could impact that movement.

"We're working on our plans to make sure we're enforcing our park control bylaw," she said.

This report by The Canadian Press was first published April 9, 2021.