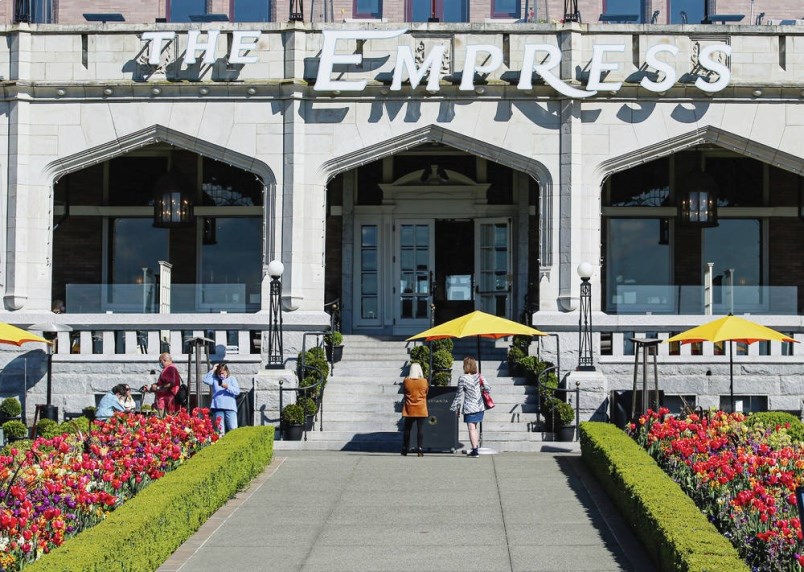 A health order against travelling outside your health authority is creating confusion on the Island, since the Vancouver Island Health Authority covers all of Vancouver Island, but is carved into four regions, including one that stretches from Ladysmith to Sidney, and another from Nanaimo to Tofino.Adrian Lam / Times Colonist

Anthony Everett’s phone has been lighting up and his email overflowing since the province announced a fresh slate of travel restrictions to stem surging cases of COVID-19.

The president and CEO of Tourism Vancouver Island said the latest orders have created confusion among hundreds of industry members — from hotels and restaurants to whale-watching outfits and camp operators — as to where people can go and what they can book.

“We really need clarity on this,” Everett said Tuesday. “I’m getting calls like: ‘I’m in Parksville. I’ve got a booking from people in Nanaimo … is that OK?’”

The province announced a range of restrictions Monday after reporting more than 9,000 active cases of COVID-19, and a record-high 193 patients in intensive care.

An order is set to come into effect Friday restricting people from leaving their health regions without a legitimate reason, with police given the authority to set up road blocks similar to those targeting impaired drivers.

BC Ferries will stop taking reservations for recreational vehicles, and signs will be posted along the Alberta border reminding travellers not to enter the province unless it’s for essential business.

The province also said Monday that hotels and tourism operators have agreed to not take bookings for non-essential travel from people outside their health authorities or outside B.C.

Everett said the order creates confusion because the Vancouver Island Health Authority covers all of Vancouver Island, but is carved into four regions, including one that stretches from Ladysmith to Sidney, and another from Nanaimo to Tofino.

“Is it by health authority or region? We need that clarity from the province,” said Everett.

Tourism operators are already struggling without international travellers and with fewer visitors from the Lower Mainland, and now are asking whether they have to cancel the few bookings they have from Islanders, said Everett.

The mayor of Ucluelet said the province’s latest orders need to be more specific to protect tourism communities.

“There’s only one turnoff, at Qualicum, to come to the West Coast, and unless you park a couple of cars there and check licence plates, it doesn’t really help much,” said Mayco Noel.

He said Ucluelet has been quiet, with about 10% occupancy in its vacation properties and resorts since a rush of traffic over the Easter weekend.

“We’re still waiting for more clarity … it’s muddy right now, and they’ve had a long time to make it less muddy,” he said.

Noel said the BC Ferries order restricting recreational vehicles was “low-hanging fruit,” since it’s easy to spot out-of-province plates. “But for someone from Victoria or the mainland coming to Ucluelet, I don’t know how to distinguish that.”

The mayor said he has had an initial dose of vaccine and many people in his community will have had their shots by the end of the week.

Everett said it’s essential that the province gets the virus caseload down and vaccines into as many arms as possible in order to salvage any sort of tourism season.

“We need this summer because recovery is going to take a very long time.”

He said operators are already taking cancellations from international tour organizers into 2022. There is a risk of losing key businesses that provide “world-class experiences,” because the industry will take years to build back up, said Everett.

Bill Lewis, manager of the Magnolia Hotel in downtown Victoria, said he is awaiting more specific guidance from the province regarding who can book rooms.

He said stays were sparse to begin with, and occupancy hovered at about 20%. Most guests have been essential workers and business-travel clients, although there was a spike in other guests over spring break.

“We will do our part to support this. It’s a short-term pain to save the summer.”