The agency representing air traffic controllers in Canada says a plan to eliminate overnight services at the Fort St. John airport could have an impact on emergency medevac flights to and from the region.
Nov 20, 2020 10:01 AM By: Alaska Highway News Staff 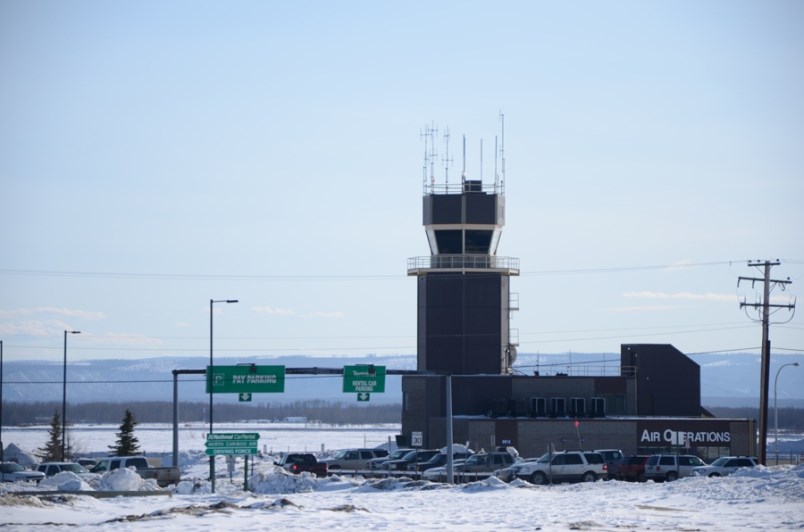 The control tower at the North Peace Regional Airport.Derek Bedry

The agency representing air traffic controllers in Canada says a plan to eliminate overnight services at the Fort St. John airport could have an impact on emergency medevac flights to and from the region.

Nav Canada alerted the city in October that it was reviewing its service levels at the airport, to be completed in the new year. The Air Traffic Specialists Association of Canada followed up with a Nov. 13 letter, warning of a Nav Canada plan to eliminate overnight services entirely.

Association President Elizabeth O'Hurley said the lack of on-site staff would have impacts for commercial and medevac flights.

“We are concerned by the loss of safety that might occur. For example, during last summer, a few Flight Service Stations had their midnight shifts cancelled to reduce the possible exposure to COVID-19. This resulted in cases where medevac flights were unable to land or even planning their flight,” Hurley wrote in the letter.

“That combined with the loss of Advisory service and Weather services at Fort St. John, could create an unsafe and less reliable aviation environment for the flying public and during an emergency.”

Though aircraft movements may have declined, the airport has seen continued record-setting passenger counts over the last decade — up 4% to 278,720 on commercial service in 2019.

Nav Canada says Fort St. John is one of several airports being studied and considered for a potential change in service levels. Jonathan Bagg, stakeholder manager, told the city the reduced traffic currently seen at the airport due the pandemic was an “additional impetus” for its study, but said the study was warranted regardless.

O'Hurley said the aviation industry has seen significant job losses, and that flight services are still needed regardless of the number of flights.

“These Flight Service Specialists provide airport advisory service helping to avoid aircraft collisions, vehicle control services ensuring they do not affect the safe operation of aircraft, alerting in the case of late or missing aircraft, and weather observation, without which the aircraft minimum operating standards must be increased,” O’Hurley wrote.

“The presence of FSS avoid costly expenses for the airport operator, such as the installation of ARCAL (automated airport lighting) and help reduce operating expenses if used to notify the airport of field maintenance.”

Minutes from the North Peace Airport Society’s Oct. 7 meeting note that a loss of overnight services would mean the airport would not have weather observations, which could impact emergency medevac flights.

“If the change becomes permanent, YXJ will request Nav Canada puts in a weather observation system to mitigate medevac issues,” the minutes noted.

Nav Canada is scheduled to consult with aviation organizations and other businesses through the winter, with a final report submitted for Transport Canada review in February.

“ATSAC understands NAV CANADA’s financial problems, and we will continue to work with the company to find alternate plans to reduce costs,” O’Hurley wrote. “We, however, believe reducing services is too great of a safety and viability concern to small communities like yours across Canada.”