Are 'wildest times' ahead for urban nightlife?

Special Report: Recovery will be slow but exuberant for clubs and bars, industry experts forecast
May 5, 2021 9:00 AM By: Tyler Orton 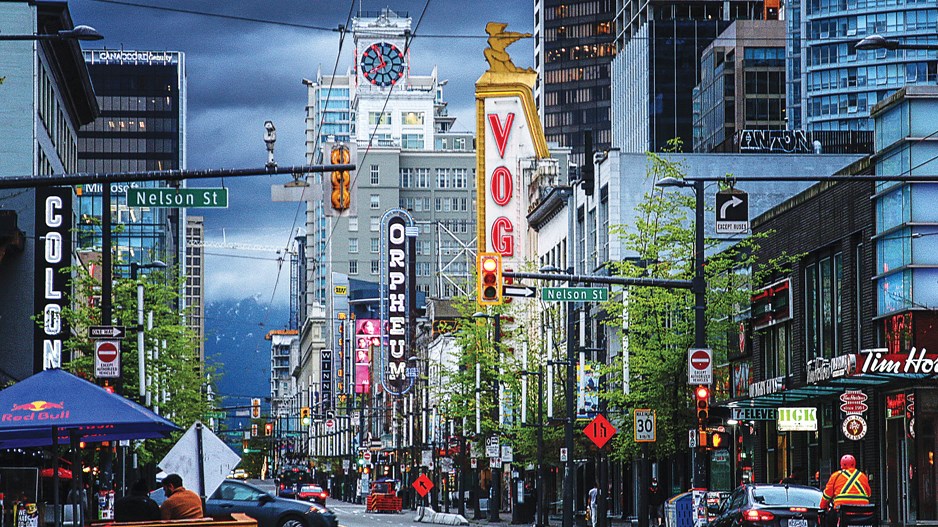 When or will nightlife return to entertainment districts such as Vancouver’s Granville mall?Rob Kruyt

Frosty cold ones hitting the bar top and pulsing beats filling the dance floor have given way to store-bought bottles of libations and Netflix Inc. nights at home during the past year of the pandemic.

With B.C. nightclubs shuttered and some pubs trying to make do with only patio service amid tighter restrictions, the question remains: Will the city’s nightlife come roaring back after mass vaccinations or have too many British Columbians become accustomed to spending less money and staying at home?

“It’s going to take a while,” said Jeff Guignard, executive director of the Alliance of Beverage Licensees BC (ABLE BC), whose industry group advocates on behalf of bars, clubs, private liquor stores and cannabis retailers.

“This pandemic has devastated the hospitality industry, so the future state will be determined a bit by who survived this period because it’s really difficult out there.”

ABLE BC forecasts that 4,500 liquor-serving establishments — or about 30% of such businesses in the province — will permanently close as a result of the pandemic.

Guignard said many in the industry are switching vocations entirely, which will make it harder to find labour when restrictions loosen.

Communities like Whistler, long dependent on foreign workers amid ongoing labour crunches, will face even more difficulty meeting demand from customers eager to spend money they’ve been sitting on by staying home.

But when the province’s nightlife faces fewer restrictions and more patrons feel safe visiting, Guignard said it will likely be difficult to secure a reservation, owing to fewer open establishments as well as the labour shortages at the ones still standing.

“You see what’s going on around the world and places that are really moving, like the U.S. The demand is crazy, and I think that ultimately that’s going to outweigh the fears that people have,” said Nate Sabine, an adviser to and the former director of business development at This Is Blueprint Management Ltd.

Blueprint operates nightclubs and bars across the city, including Fortune Sound Club and the Colony chain of pubs, and is known for promoting concerts.

“You’re going to always have the more cautious part of society and people that are going to tread more lightly around these things and maybe limit their activities, at least initially. But I think that’s a small percentage,” Sabine said. “I also think that the people that are out really living it up, and [taking] in all the culture, and visits, and dinners and all the rest of it, are going to be making up for what that small percentage of people aren’t doing.”

Sabine said pent-up demand is real among those in their 20s dealing with the fear of missing out during their prime party years.

“There is absolutely no way to make up the losses that the industry has taken on the last year,” he said. “But we do think that we’re going to be in for some of the wildest times that we’ve seen from a bar, restaurant, and nightclub and concert perspective.”

But Guignard cautioned that nightclubs might be one of the slower sub-sectors within the nightlife economy to return to full glory.

“It’s a business environment inherently based on violating social distancing,” he said.