Non-urgent surgeries will be postponed in nine hospitals across the Lower Mainland for the next weeks.
Apr 22, 2021 2:30 PM By: Glen Korstrom 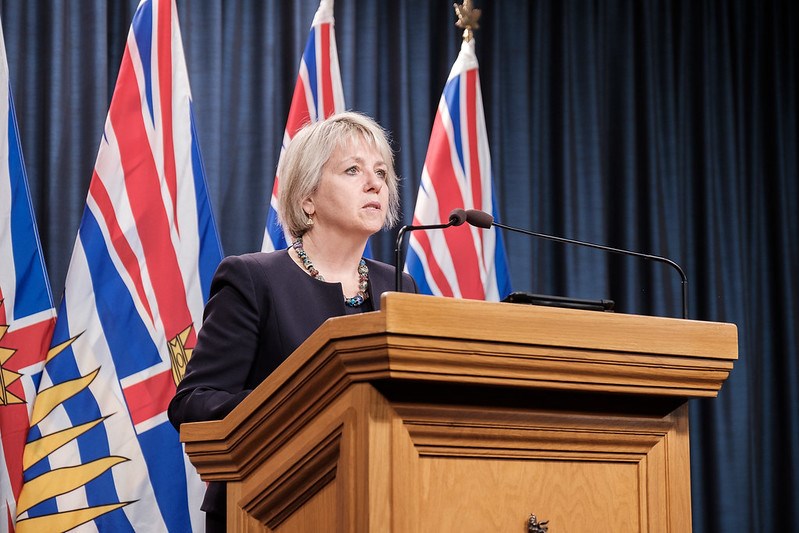 The number of British Columbians with COVID-19 fighting for their lives in hospitals has risen to record highs in each of the past seven consecutive reporting periods, and has topped 500 for the first time.

Of the 502 British Columbians now in hospitals with that disease, 161 are in intensive care units.

"We expect this action will be required for a minimum two weeks," Dix said. "We are going to evaluate it on a week by week basis."

"We're at a point where we have seen [COVID-19] hospitalizations for the first time that are causing this type of distress, and challenges to our healthcare system," Henry said.

She called the rise in COVID-19 hospitalizations in B.C. to be "alarming," and that "the pressure on our healthcare system is immense."

Both Dix and Henry urged British Columbians to get vaccinated as soon as they are eligible, and to take whichever vaccine they are offered. She said that "by later tonight," those aged 60 and older will be eligible to book appointments in the province's age-based vaccine roll-out. She did not specify the exact hour.

It has been six days since April 16, when the province last set a record for the number of vaccine doses provided in a 24-hour period, with 46,227 doses to 46,157 people, and 70 needed second doses.

In total, the province has administered 1,500,430 doses of vaccine to 1,411,955 people, with 88, 475 people getting needed second doses since the first dose was provided on December 16. Earlier this week Henry said that the province is on track to vaccinate all eligible adults by July 1.

In the past day, health officials have detected 1,006 new COVID-19 infections.

The number of new cases continues to disproportionately be found in the province's most populous health region, Fraser Health.

Henry only provided partial data at her press conference.

She and Dix, in a late-afternoon statement, said that the number of those actively infected with COVID-19 has shrunk to 8,733. That is the lowest total since April 7, when there were 8,728 people actively battling infections.

Health officials are closely watching 12,846 people for symptoms because they have been exposed to someone known to have been carrying the SARS-CoV-2 virus, which causes COVID-19. That is the lowest total since April 5, when 11,989 people were being monitored.

Henry was asked about the B.1.617 variant, first discovered in India, and she said that at this point she does not consider it a variant of concern.

Variants of concern are thought to either transmit more easily, cause more severe illness or be resistant to vaccines.

She said in her afternoon statement that the B.1.617 variant is "more transmissible than those circulating earlier in the pandemic," so her reason for not categorizing it as a variant of concern could be that she does not believe it causes more severe disease or that it is not resistant to vaccines.

Anecdotal reports on social media include people who claim that relatives in India, who have been vaccinated, have contracted COVID-19 via the B.1.617 strain.

Henry said the province has so far identified 42 cases of the B.1.617 strain. She did not a provide new data on any of the variants that she considers to be of particular concern, and said that "the latest variant-of-concern data will be provided on the BC Centre for Disease Control (BCCDC) website weekly."

The federal government today announced that it would ban flights from India and Pakistan from coming into Canada for the next 30 days.

More than 100 international flights in the past two weeks have landed in Canada while carrying at least one person with a COVID-19 infection on board, according to the federal government.