A look inside the new BC Hydro/BC Housing apartments being built in Fort St. John

City officials got a sneak peek inside a new 50-unit apartment block being built in tandem with the Site C dam on Thursday afternoon.
Sep 20, 2018 3:09 PM By: Alaska Highway News Staff 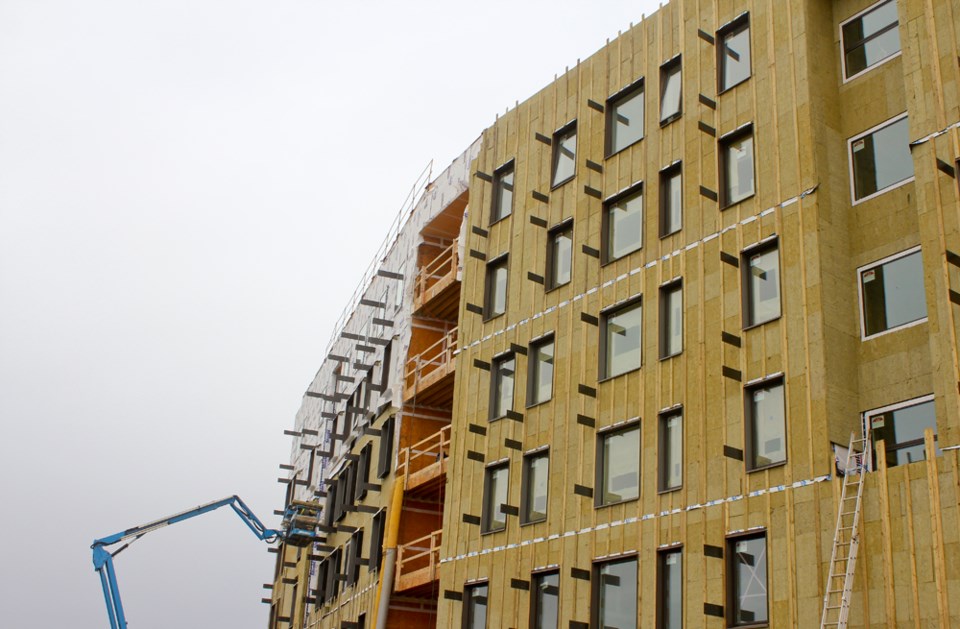 City officials got a sneak peek inside a new 50-unit apartment block being built in tandem with the Site C dam on Thursday afternoon.

Officials with Western Canadian Property Group and BC Housing gave city staff, councillors, and local media a tour of the apartments at 9404 93 Avenue, and the passive house standards being used to make it as energy efficient as possible.

"We're really pleased it's here and that we're going to be able to showcase more passive house standards, and showcase not just to our community but our province and the nation how to build properly," Mayor Lori Ackerman said.

Construction on the six-storey, wood frame building began next to the Fort St. John fire hall in 2017, and is part of the city’s agreement with BC Hydro on the Site C dam.

The building was designed by Low Hammond Row Architects based in Victoria, and is being built by Western Canadian Property Group. Once complete, it will be the largest passive house-certified building in B.C., according to BC Hydro.

The building was oriented from north to south against conventional wisdom to ensure every unit gets access to direct, natural light, architect Paul Hammond said.

"Conventional wisdom would have oriented the long facade to the south and maximize your heat gain. But what that does is put half of the building on the north side," Hammond said.

"When we ran the numbers for the passive house performance, we needed the heat gain in the winter. We wanted to maximize the amount of sun exposure in the winter, knowing that in the summertime we'd have to complement it with a bit of cooling to offset those heat loads."

The building's form is straightforward, but bent slightly to create a "rift" in the middle for an entryway, and a point of interest from the street, Hammond said.

Each end of the building features a series of fins — extensions of the walls to show just how thick they are to keep the building as airtight and insulated as possible.

"That's to express the actual true thickness of the passive house wall because it is significantly larger than conventional construction," Hammond said.

"It's all about conserving energy, not needing energy to heat the building."

The apartments will include 35 two-bedroom and 15 three-bedroom units. Five units will be wheelchair accessible.

Construction is expected to be complete by the end of December.

BC Housing is is leading the management and construction of the building, and will look for a non-profit building operator later this year, according to BC Hydro. Both BC Housing and the operator will share information regarding eligibility and application for the apartments as they become available.

See below for more photos from the tour.