A Fort St. John man says he was the target of racist slurs while grocery shopping on Tuesday.
May 15, 2020 10:39 AM By: Alaska Highway News Staff 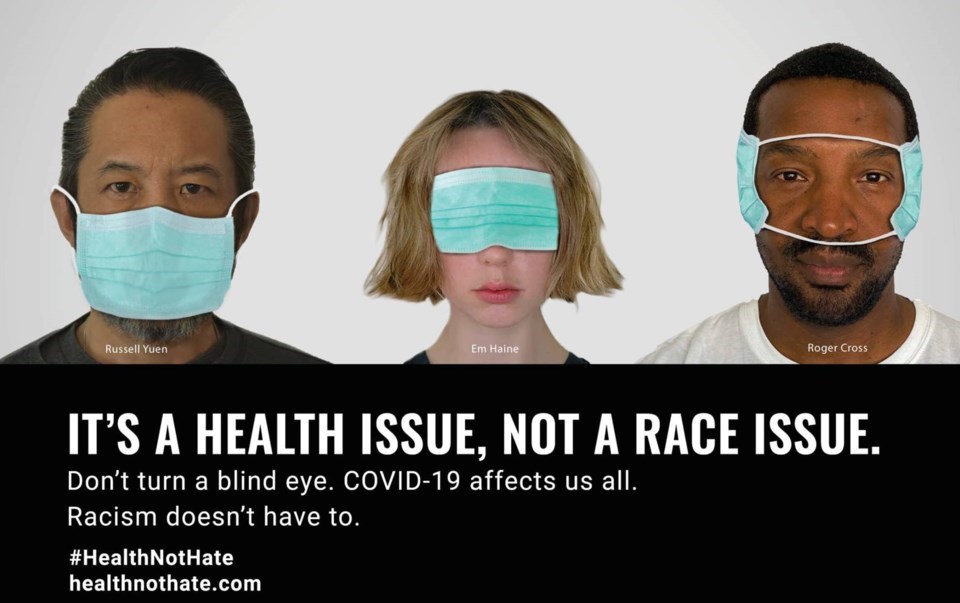 A Fort St. John man says he was the target of racist slurs while grocery shopping on Tuesday.

Trystan Macleod, 23, says he was on a grocery run at Safeway with his little brother when two men and a woman drove by in a pickup truck and rolled their windows down to throw slurs at the pair, and "pretended to speak an incredibly racist rendition of Chinese."

Macleod says he was shocked but not entirely surprised by the incident. Anti-Asian racism has been on the rise in Canada ever since the COVID-19 pandemic began, due to the virus originating in Wuhan, China.

A poll by the Chinese Canadian National Council for Social Justice in April revealed that acts of racism related to the virus are “disturbingly common” in Canadian neighbourhoods.

One-in-five respondents do not think it’s safe to sit next to an Asian or Chinese person on a bus if they don’t have a mask, according to the poll, while a quarter of respondents said they “don’t know” if it’s safe.

Meanwhile, four per cent of respondents believed that all Chinese or Asian people carry COVID-19, and 10% were “uncertain about that.”

Another 13% of respondents said they were aware of incidents of racial bias in their neighbourhoods because of COVID-19.

"I’ve been physically harassed before in town and so have many other people who are of Asian minorities over the years," said Macleod. "It’s a big reason most people of Asian descent that grow up here, don’t typically hang around after high school."

Macleod grew up in the Rose Prairie area and moved to Vancouver to study political science at Simon Fraser University. He recently returned after pandemic measures closed the school. He plans on joining the armed forces once the crisis resolves.

“Here in Fort St John I feel like I have been defending my race and talking about it every other day, you get exhausted,” said Macleod, who is of mixed heritage. His mother is Scottish and Welsh, and his father is of Hong Kong descent.

Macleod said he doesn’t speak Mandarin or Cantonese, and said there are many residents in the Peace region who are Asian but don’t have any direct ties to the culture.

“The colour of my skin and the slant of my eyes have nothing to do with who I am as a person. I was raised on a farm," Macleod wrote in a post to Facebook about his experience. "We live in 2020. Racism should not exist."

Earlier this week, immigration lawyer and University of Ottawa professor Jamie Liew, writing for Policy Options magazine, noted "fear has led to the use of the term 'Chinese virus,' the revival of the slur 'Chink,' the perpetuation of myths that Chinese people eat bats, an increase in violent attacks against Asians and unwarranted blame placed on Filipino workers for the spread of the virus."

"When a virus’s origin is traced to Asia, the plan must include not only an evaluation of whether its measures encourage anti-Asian sentiment but also strategies to mitigate racist perceptions that equate Asians with the virus."

While Macleod says the incident was a mild one, he says young adult Asian minorities often leave Fort St. John after high school because of the intense underlying racism in the region.

“Do your part in not perpetuating the racial fearmongering towards those of Asian descent. We are all one people, we are all Canadians,” said Macleod, adding the community needs to support one other in during this global crisis.

Macleod's comments are being echoed by B.C.'s minister responsible for multiculturalism.

May is Asian Heritage Month, and on Friday Anne Kang said she is deeply saddened by the recent rise in physical and verbal attacks as well as an increase in vandalism.

Kang says she is "compelled as a government representative, immigrant and British Columbian to speak out against these vicious acts."

Kang, who moved to Canada from Taiwan, says the pandemic is affecting everyone and "acts of violence and aggression will not be tolerated."

She says kindness will bring us through this global health crisis stronger than ever.

"Chinese Canadians have deep roots in this province," Kang says.

"Over many generations, Chinese Canadians have worked alongside all British Columbians to build the vibrant, multicultural society we enjoy today."

Kang has called on victims or witnesses to report hate crimes to police and urges all B.C. residents to "stand together and condemn these actions that seek to divide."

Meanwhile, a new website and campaign prompted by months of anti-Asian racism in the wake of the COVID-19 pandemic, including multiple physical attacks on members of the Asian community has launched.

The website HealthNotHate.com says COVID-19 is a “health issue, not a race issue.”

“At a time when the physical health of our communities is at stake, there’s no need for racial discrimination to enter the conversation,” says a message on the website.

“Not now, not ever. With Covid-19, we are fighting a common enemy with our collective welfare at the top of our minds. That’s yours and mine. Our families, our friends, our neighbours. Let’s heal together during this pandemic and not inflict another wound to ourselves in the process. Practice social distancing, not ethnic distancing. Because, it’s a health issue, not a race issue.”

People are being asked to post photos of themselves wearing face masks with the hashtag #HealthNotHate.

—with files from Tom Summer, Kirsten Clarke, Chris Campbell, and The Canadian Press