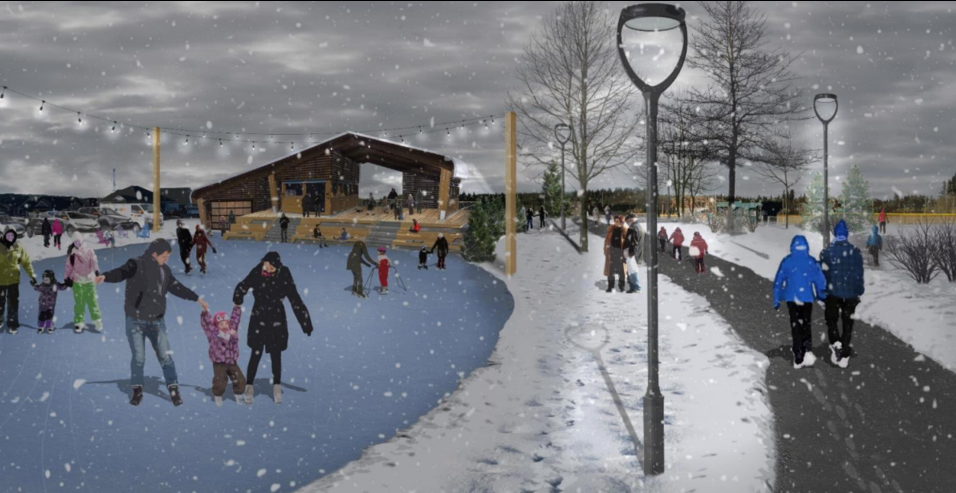 Costs to build outdoor refrigerated ice rinks at a newly developed Kin Park will range between $2 million to $3.1 million, according to estimates going before council next week.

The city is exploring the potential for refrigerated ice as part of its winter strategy and to increase outdoor ice opportunities in the fall and spring, and during warm weather brought on by chinooks.

“Outdoor refrigerated ice may reduce the demand on indoor ice and provide opportunities for all citizens to participate in the truly Canadian outdoor ice related activities regardless of financial ability as staff anticipate it will continue to be free space for the public,” writes Karin Carlson, director for community services, in a March 8 report to council.

“These outdoor ice surfaces will quickly become a winter feature that can be used by the Recreation department to activate winter community events, special events and other outdoor leisure opportunities.”

The city has already budgeted $600,000 to install ice pads at Kin Park without refrigeration plants, but is now considering three options for refrigerated surfaces.

The most expensive would come at a cost of $3.1 million, and include two separate ice surfaces each with its own refrigeration pump and control on a common rink plant.

“The advantage of this option is the separate operation of each ice surface,” writes Carlson.

The cheapest would come at a cost of $2.02 million and include a refrigeration plant installed on a single, smaller ice surface.

A third option lands in the middle at a cost of $2.47 million, and would combine the two ice pads into a single cooling surface. The two skating surfaces would be separated by a strip that would include a concrete cooling surface concealed by rink matting or some other covering.

“The advantage of this option is the simplification of the rink piping system into one surface that would offer substantial cost savings for the refrigeration plant,” writes Carlson.

Energy costs for plant operations are estimated between $22,000 to $32,000 per year, according to the report.

It would cost another $255,730 per year for two full-time and two part-time staff to operate the plant and maintain the ice seven days a week for six months per year, and meet provincial regulations for ammonia plant operations.

The staff would be assigned to other park duties during the other half of the year, according to the report.

Kin Park is identified as a "destination park" in the city's recreation master plan.

The province recently approved a $994,500 grant to fund the first phase of improvements on the west side of the park, for the ice surfaces as well as a gathering space.

Council will discuss the options at their meeting on Monday.