Fort St. John has lost one of its most esteemed and prominent community builders. Sue Popesku died Sunday, April 19. She was 72. “She was devoted to the arts in the community.
Apr 21, 2020 9:54 AM By: Matt Preprost,Tom Summer 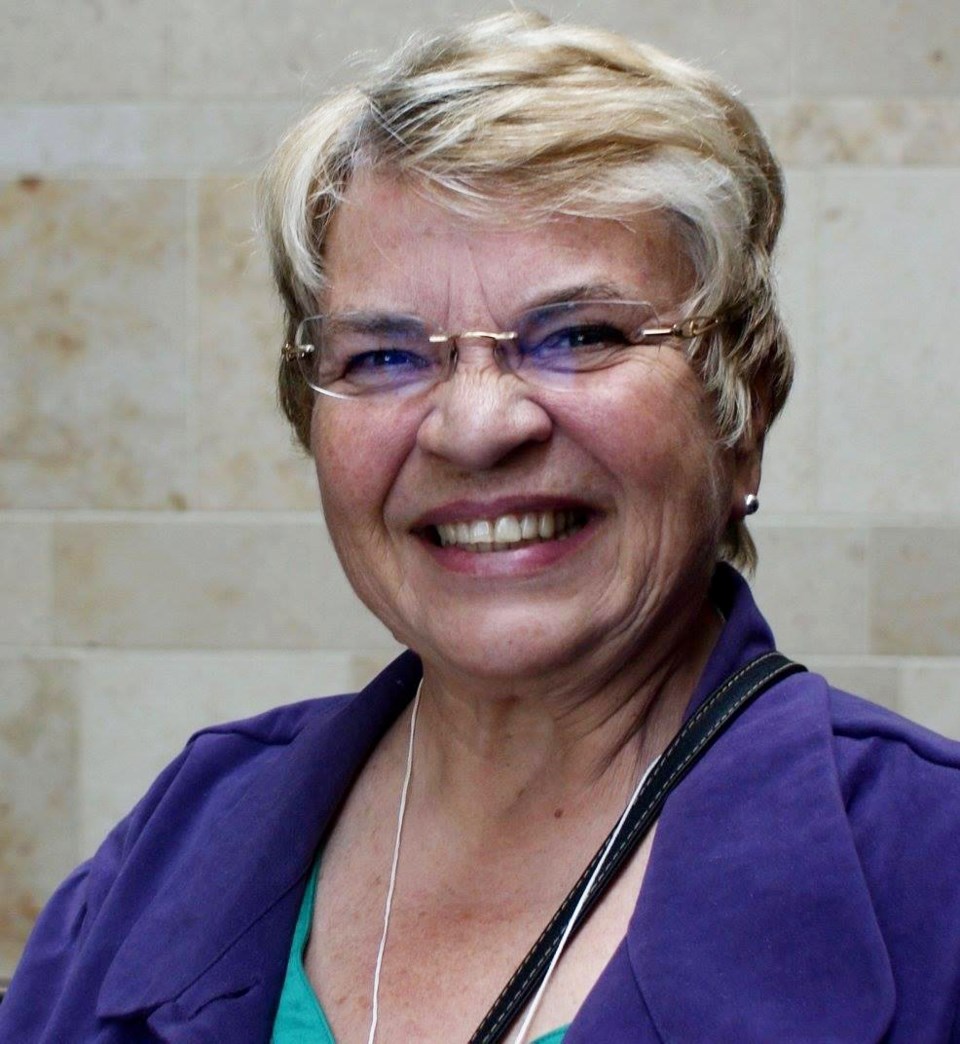 Fort St. John has lost one of its most esteemed and prominent community builders. Sue Popesku died Sunday, April 19. She was 72.

“She was devoted to the arts in the community. She saw it as something that gave cohesion and staying power, otherwise it would be largely a transient population here,” her husband Sorin said Monday.

Originally from Chicago, Popesku met Sorin in the early 1970s in Australia. They were both teachers, and moved to Fort St. John in 1974. It was here where Popesku quickly became one of the city’s most tireless volunteers, fundraisers, and builders.

Indeed today, much of her legacy and dedication can be seen across the city: the Cultural Centre, the Museum, the Hospital Foundation, the Artspost, the street banners, the flower pots. If you can name it, Popesku was likely to have her hand in it, whether that was leading the charge herself, or mentoring anyone with a creative idea to entertain or make the city better.

Popesku was a dependable force behind the scenes, and brought in millions in grants and community dollars to support the development of the growing city, whether it was for the hospital foundation or an arts group, or making sure the cultural centre was built and opened in 1992.

Good friend Connie Surerus met Popesku in 1992, and said she was immediately struck by her dynamic and energetic personality.

“Sue always was positive and constantly looking at ways to improve the community. She had an uncanny knack at involving both individuals and businesses in projects and all were happy to help,” Surerus said. “I know the Hospital Foundation wouldn’t be the success it is if not for Sue, the Cultural Centre was built because of Sue, the Artspace, ArtsPost, the Arts Council, to name a few, have grown because of her vision and determination.”

If there was one thing Popesku loved as much as art, it was history. She was passionate about the pioneer days of the Northeast frontier, and supported local museums through the Northern Heritage Trails Society, organizing events in Fort Nelson, Fort St John, Tumbler Ridge, Chetwynd, and Hudson’s Hope.

She was instrumental in the construction of the current North Peace Museum building in the 1980s. She was also known for compiling volumes of history books filled with event programs, newspaper clippings, photographs and more for local community groups.

“Sue was the mover, shaker, and doer for arts, culture, and heritage in Fort St. John and the Peace Region,” said North Peace Museum Manager Heather Sjoblom. “She was passionate about working together to give heritage, arts, and culture a stronger voice in a region where these sectors are undervalued.”

Museum president Bruce Christensen called the sudden news a huge shock. "She definitely was a powerhouse in our community. The hole she will leave is probably not fillable,” he said. “Her passion for Fort St John, in particular the arts and culture scene is not measurable.”

As a teacher, Popesku made sure arts was kept at the fore of education in the North Peace long after her retirement.

"In addition to the significant impact Sue had on community arts programming, School District 60 also benefitted from her tireless commitment to the arts,” said Superintendent Stephen Petrucci. “She assisted with our 'Artists in Residence' program and often served as a liaison between the District, the Arts Council and the Cultural Centre. Our School District and community are a better place to live because of her efforts."

But Popesku’s involvement didn’t stop at arts and history. She also dedicated her time to the Fort St. John Hospital Foundation as a long-time executive director. There she launched the Be An Angel and Bluey Day campaigns, which have raised millions for critical medical equipment and supplies for the hospital, as well as local cancer supports and services.

Executive Director Niki Hedges called Popesku an extraordinary woman who touched many lives, and certainly hers.

“When I first came here 20 years ago I saw Sue in the paper a lot and wanted to get to know her,” Hedges said. “I later set an intention to one day be mentored by Sue and shadow her with a project. I was lucky that through the art community I got to co-ordinate the Flower Pot Project for three years and with this she taught me a lot about fundraising.”

“She was a mentor to me on so many levels and was a constant source of support and kindness," Hedges said.

If there was something to be done, or a creative idea to be developed, Popesku was there to lend a hand. Donna Kane, executive director of the Peace-Liard Regional Arts Council, called Popesku a "dynamo."

“Her positivism, her charisma, and her belief that if you could imagine it, it could be done has seen countless projects, small and huge, take place,” Kane said.

The two worked together to create a special arts exhibit celebrating the 75th anniversary of the Alaska Highway in 2017. That can still be seen outside the Dawson Creek Art Gallery today.

“I had thought we could provide artists with artifacts from the construction of the highway and artists could reinvent them into art pieces,” Kane said. “A few weeks later, I received an email from Sue with the subject line, ‘hit pay dirt.’ Sue had found something much more substantial than truck doors or oil drums. She had found a trencher. ‘This might be exactly what we are looking for,’ she wrote.”

Popesku was the first high school teacher to put on a musical at North Peace Secondary, Oklahoma!, in 1975-76. That was followed by Hello Dolly in 1977-78. Popesku helped to establish the Stage North Theatre Society, and was a long-time board director since its founding in 1978. When the BC Winter Games first came to Fort St. John in 1984, Popesku was put in charge of special and cultural events.

Decades later, Christensen said she was invaluable and helped him to bring celebrations for the 50th annual general meeting of the BC Chamber to Fort St. John in 2002. The Chamber formally began here after its early days as the BC Board of Trade, he said.

"No one said it could be done," said Christensen, who was president of the Fort St. John Chamber at the time. "She just jumped in. That was just something she did."

In recent years, Popesku had helped to launch a storytelling project for seniors at the museum. She was working on a study to put a number on the economic impact of the arts in Fort St. John, and what its future needs will be.

And last summer, she was the driving force behind the theatre renovations at the cultural centre, having secured grants from BC Community Gaming and the Northern Development Initiative Trust, as well as matching funds from the city. She then organized a seat sale to bring the project over the top, and had continued to pursue funding for upcoming lobby improvements.

“She made it happen and she was never one to rest on her laurels,” said Surerus, chair of the North Peace Cultural Society. "I will miss her ready smile, sense of humour, many chats, and her friendship."

Popesku was honoured with the Cultural Award from the city at its annual community awards in 2015.

“We’re only as good as the people we work with, and many of you out there have made so, so many good changes in Fort St. John, I think it’s wonderful that you’ve all been recognized,” Popesku said, in a report from the Northeast News.

“I’d like to say there’s at least ten times as many people out there that need this recognition. So, let’s make sure that next year we recognize ten times more people, and look at those people that really don’t make the paper quite often, maybe don’t speak so often, but they’re back out there working every day of their lives to make Fort St. John a better place.”

Popesku is survived by her husband Sorin, and son Jason. Details about a service to follow.

Email your stories and photos of Sue to Managing Editor Matt Preprost at editor@ahnfsj.ca, or reporter Tom Summer at tsummer@ahnfsj.ca.