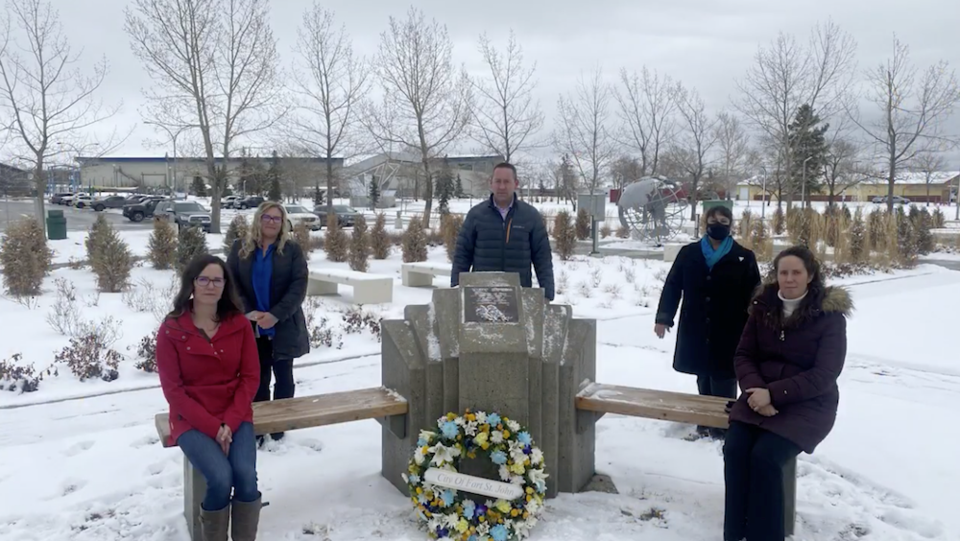 Wednesday marked the National Day of Mourning in honour of workers who lost their lives on the job.

Last year, 151 workers in B.C. lost their lives due to workplace injuries or illness, four of them in the Peace region.

In Fort St. John, a ceremony was held at the worker’s memorial cairn in Centennial Park, where wreaths were laid by the city and the BCGEU.

“On any given work day in Canada, three people will die from a job-related fatality, life-altering injury, or occupational disease,” said Coun. Lilia Hansen.

“For families affected by work-related tragedy there are dates that are very personal to them: a last birthday, the date of a funeral, the day of a missed anniversary or graduation. These are their personal days of mourning, but National Day of Mourning, April 28 each year, is a date everyone shares where we can gather in community to honour and remember those killed or injured at work, and refresh our commitment to preventing future tragedies.”

The Canadian Labour Congress first recognized the Day of Mourning in 1984, making Canada the first country to formally commemorate workers killed in the workplace. In 1991, the federal government officially proclaimed the national Day of Mourning, which is now recognized in 100 countries.

More than half of the deaths in B.C. last year (88) were the result of occupational disease, including 37 the result of exposures to asbestos decades earlier. 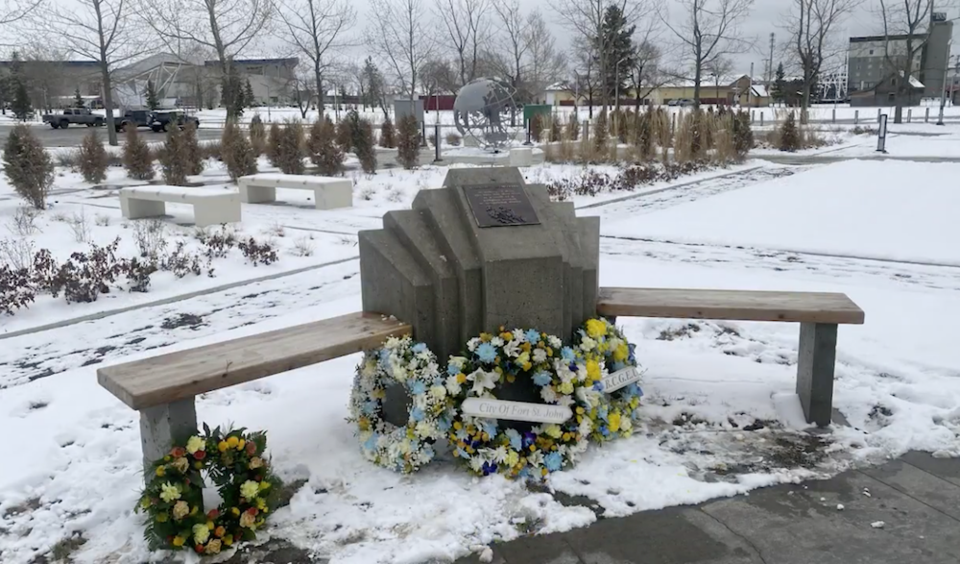 Wreaths laid at the National Day of Mourning cairn at Centennial Park in Fort St. John, April 28, 2021. By City of Fort St. John