The federal government announced $25,000 in funding on Thursday to help preserve and document the role aboriginal people played in the building of the historic Canol Pipeline during the Second World War.

Like the Alaska Highway, the pipeline was built in the early 1940s as the U.S. and Canada worked to shore up defences along the west coast and Alaska, and provide critical supplies such as oil to the region.

The pipeline was built in just 22 months, connecting Norman Wells, NWT, to a refinery in Whitehorse, Yukon, with more pipeline laid to Fairbanks, Watson Lake, Skagway, and Haines. The pipeline was abandoned a year after its completion in 1944 as the war ended, and was later the subject of much criticism for its $134-million price tag.

In a release, the ministry for Northern Affairs called the pipeline’s construction an engineering feat across “some of the most inhospitable terrain in the world.”

The “critical” wartime project enlisted tens of thousands of construction workers and many local aboriginal workers, particularly the Sahtu Dene people, though little has been written about the role they played in its development, the ministry said.

“This effort to document and share the history of the Canol Pipeline Project from an Indigenous perspective is a key part in reconciliation with Dene people,” Northern Affairs Minister Dan Vandal said in a statement.

“This community-driven project will create further economic development opportunities, enhance tourism and ensure that future generations of Canadians, and all those that visit the region, can learn about the important role the Dene played in the construction of the Canol Pipeline Project and the history of the Canol Trail."

Today, a portion of the route and road used to build the pipeline has become a heritage trail and tourist attraction for wilderness hiking and nature enthusiasts. It was designated a national historic site in 1990, and the ministry says $26 million has been spent to restore the land since 2007.

"The Dene Nation extends our highest respect to the Dene men and women who worked on the Canol Trail WWII efforts. The traditional knowledge of these brave Dene can finally be recognized through this partnership funding,” said Dene National Chief Norman Yakeleya in a statement.

“Dene men and women who provided knowledge of the land were critical to Canadian and US war efforts. There has been extraordinarily little written about the critical role of the Dene in all phases of its development and this funding is the seed to tell these Dene stories and develop a monument in their honour.” 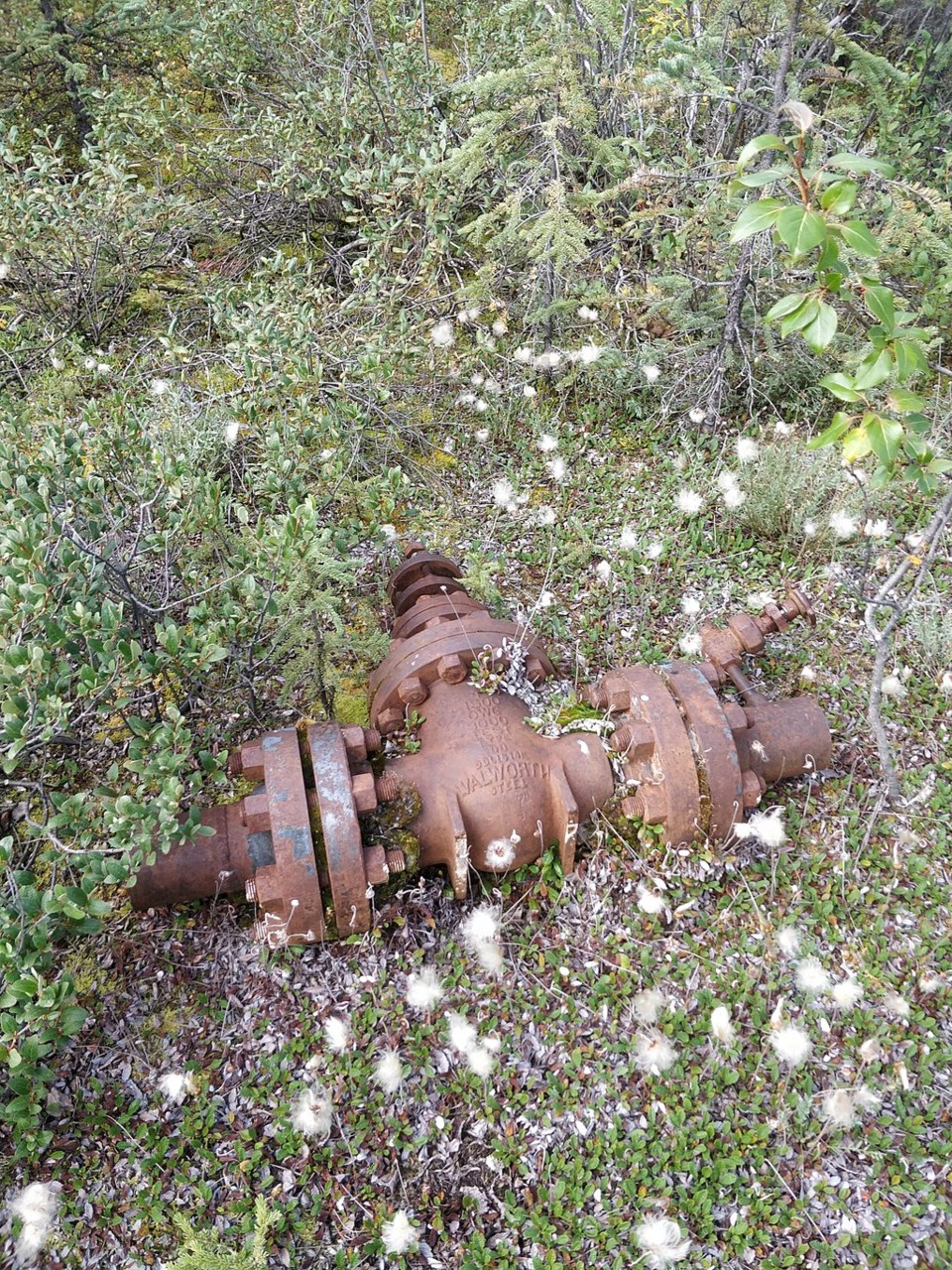 Old valve from the Canol pipeline along the the Canol Trail. via Wikimedia Commons