Fireworks forbidden in Fort St. John, and across B.C.

Fireworks are illegal within Fort St. John city limits and they are currently banned across B.C. under provincial fire bans.
Apr 20, 2020 9:26 AM By: Alaska Highway News Staff 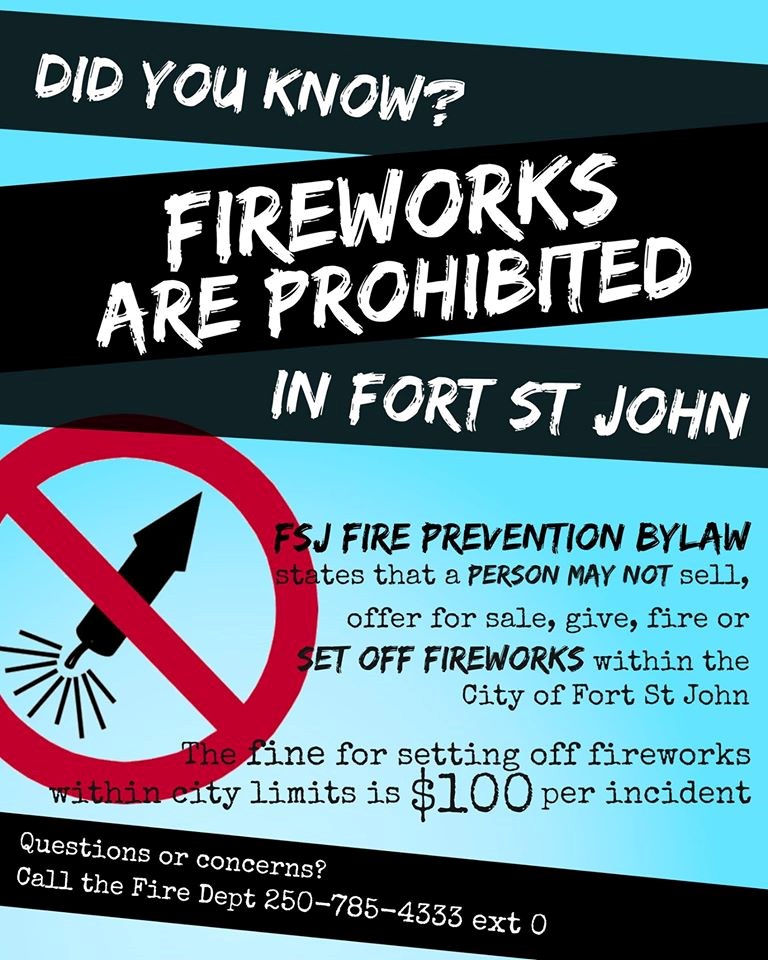 Fireworks are illegal within Fort St. John city limits and they are currently banned across B.C. under provincial fire bans.

Under city bylaws, no one is allowed to sell, give, or set off fireworks within city limits throughout the year, with fines of $100. Fireworks are also classified as a Category 2 fire, which were prohibited across the province on April 16 to reduce the likelihood of human-caused wildfires.

The province says the ban on fireworks will reduce demands on firefighting resources and the impact of wildfire smoke on air quality and public health during the COVID-19 pandemic.

Nevertheless, it was an explosive weekend for fireworks across the city, which could be seen being set off next to the Alaska Highway to Northern Lights College, and with numerous complaints flooding social media.

"It was a 4 door car in the college parking lot tonight," said one resident. "We literally live right beside and have 3 ponies who were scared half to death."

Said another, "I sure wish I knew who it was. Woke me up from a dead sleep and terrified my dogs."

Said another, "I usually don't mind them at earlier hours. But somome set some off sometime after midnight the other night and woke me up."

Said another, "Nothing a healthy fine from bylaw wouldn't fix, that would take the fun out of the fireworks!"