Jon Gosselin takes inspiration from those working to make city a better place to live for those who are struggling
Apr 27, 2021 10:16 AM By: Dillon Giancola 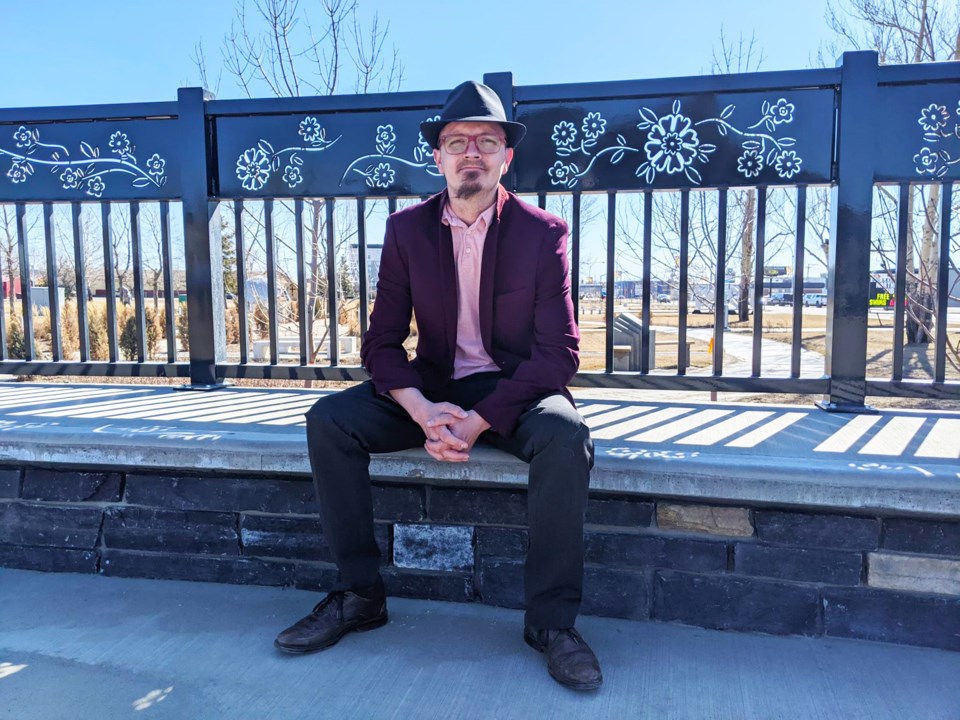 Jon Gosselin: ‘How many people in today’s society want to sit through a council meeting for two hours? They can be dry and boring, and I want to see more communication from councillors and the mayor.’Dillon Giancola

Jon Gosselin lives to improve his community, whether it’s as a volunteer or bringing the city together through care and positivity, and now the time is right for him to run for council.

“I had considered running in the past, but didn’t feel quite right at the time. This time, I have lots of support from friends and family behind everything I’ve been doing, and had a strong push from the community to run,” Gosselin said.

Gosselin has been busy. In addition to being a father of three and running his own delivery business, he helped start the Phoenix Volunteer Club with Jeanette and Blair Johnston and others, serving on the executive as secretary-treasurer before stepping down in 2018.

At the start of the pandemic, Gosselin co-founded Caremongering Fort St. John with Chamber of Commerce President Chuck Fowler, a group initially focused on helping people who were being laid off. The group held food drives, parades to cheer on nurses, and helped out young, struggling families.

“The purpose was to make sure people made it through, and to give back, and provide hope. There were families we were helping that were close to not being able to feed their kids. My mother worked three jobs after my dad passed away and I don’t wish that on anybody,” Gosselin said.

Gosselin’s father passed when he was just 10 years old, and said he got his work ethic from watching his mother in those following years.

“My mom was that work-horse kind of person. If it wasn’t for her putting in all that time, I don’t think I would have the work ethic I do now, where I’m always working and striving to do better. If not for the sacrifice she made for me and my brother I wouldn’t be as strong as a man as I am today,” he said.

Gosselin said he takes his inspiration from his mother, the Johnstons, and others in the community who keep striving to “make Fort St. John a better place to live for people who are struggling.”

Gosselin thinks city council needs some freshness, new faces with new ideas. He thinks council could benefit from becoming more modern, and using social media better to engage residents with the decisions that are being made.

“How many people in today’s society want to sit through a council meeting for two hours? They can be dry and boring, and I want to see more communication from councillors and the mayor. The younger generations, they would love to see their councillors take five minutes to do a video and share what their plans are,” said Gosselin.

“Take the new police station as an example. It would have been nice if council had been more forward as to why they’re building it, months before it got to the building stage,” he said. “I believe if council was more forward about it [the community] would be more likely to understand.”

“Nonprofits provide essential services for our community, why make it tougher for them to do their job? You see councillors give themselves raises, but why are you doing that in a pandemic, when residents are losing jobs and being sent home. Stuff like that makes no sense to me,” he said.

“The city should take a break, wait for the pandemic to end, and then calculate what needs to happen. At the same time, our region is doing fine compared to most others, a low unemployment rate, and we should be proud of that.”

Voting day is May 15 at the Pomeroy Sport Centre, with advance voting opportunities on May 5 and May 12..