MacDougall can relate to a good portion of Fort St. John residents: she’s a mother of four, has worked as a committee leader in public health, her husband works in the oil and gas sector, and she serves as a treasurer of a nonprofit.
Apr 27, 2021 9:05 AM By: Dillon Giancola 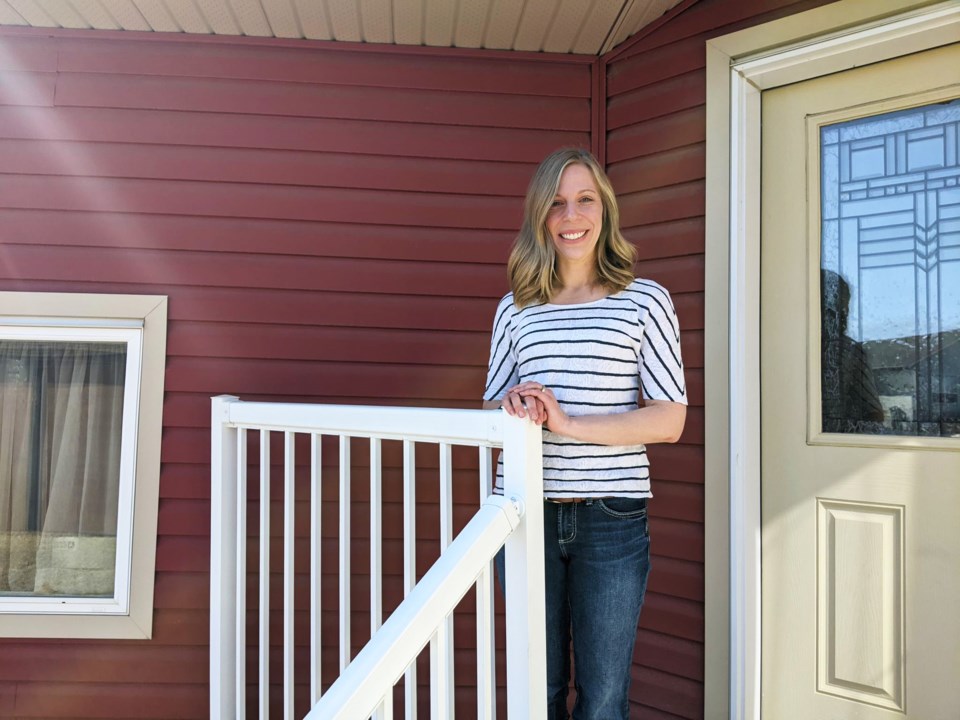 Sarah MacDougall’s unique perspective and the voice she brings to the table has her believing she’ll be a valuable addition to Fort St. John city council.

MacDougall can relate to a good portion of Fort St. John residents: she’s a mother of four, has worked as a committee leader in public health, her husband works in the oil and gas sector, and she serves as a treasurer of a nonprofit.

“Adding my voice would bring a well-rounded approach to council. I think that having a different voice from what we currently have on council would lead to a more collaborative effort with whatever we are deciding on and working toward,” said MacDougall.

MacDougall worked as an environmental public health officer with Northern Health for almost 14 years before taking time away last summer to spend more time with her kids. Her job brought her experience in policy making, dealing with worker retention, and as treasurer of Totem Pre School, she’s well versed in being fiscally responsible and sticking to a strict budget.

She’s enjoyed being a full-time mom, but said she has missed serving the public and using her strengths.

“When this council opportunity came up, it ticked all my boxes. This is something where I can make a difference and my strengths will be utilized,” MacDougall said.

MacDougall has a lot of pride in the community. She moved here in 2007 from Nova Scotia fresh out of university. Now, 14 years later, Fort St. John is the only home her four kids have ever known and she wants them to grow up being proud of it as well.

“Once people become engaged with the city, they’ll fall in love with it. We have so much to offer, let’s find a way to hook people so that they are going to want to stay,” she said.

MacDougall said she and her husband stayed because of the community’s hospitality and welcoming spirt.

“It’s the sense of community we got from the people we got to know, so welcoming and kind. They made us feel like family, to be honest, as a couple that came over here by ourselves,” she said.

“After we had our first child, we grew to love the physical part of the community as well, all the amenities available for young families and young children.”

MacDougall is not too critical of the city, and thinks council is doing a good job overall, but can always improve. She thinks there’s an opportunity for the city to have more of an impact when it comes to worker retention – in the health sector and others – and making Fort St. John a place newcomers want to stay.

“For example, making it a city people want to live in, marketing the city as very attractive – the city does market themselves well but we could improve that. Let’s work with current residents, if current residents are proud of their community, newcomers feel that, and it makes it more desirable to become engaged with the community.”

All four MacDougall children are involved with the North Peace Gymnastics Association, and in the summer, the family can be seen out on the walking trails and parks seven days a week.

MacDougall loves the work that has been done to improve Centennial Park, and thinks it’s a bright spot for Fort St. John.

“What was there before was fine, but it’s turning into a gem in our city. Now, it draws young children there, older children, as well as families, and I can’t wait for all the events that will be held there. It’s something not a lot of communities have and it’s something we should be proud of. I think there will be similar positives coming to Kin Park and the downtown core as well,” she said.