Fort St. John city council will vote next week on a proposal to add a New Year’s Eve fireworks display to the events calendar in an effort to curb the number of illegal fireworks being set off by residents.
Jun 10, 2021 2:04 PM By: Matt Preprost 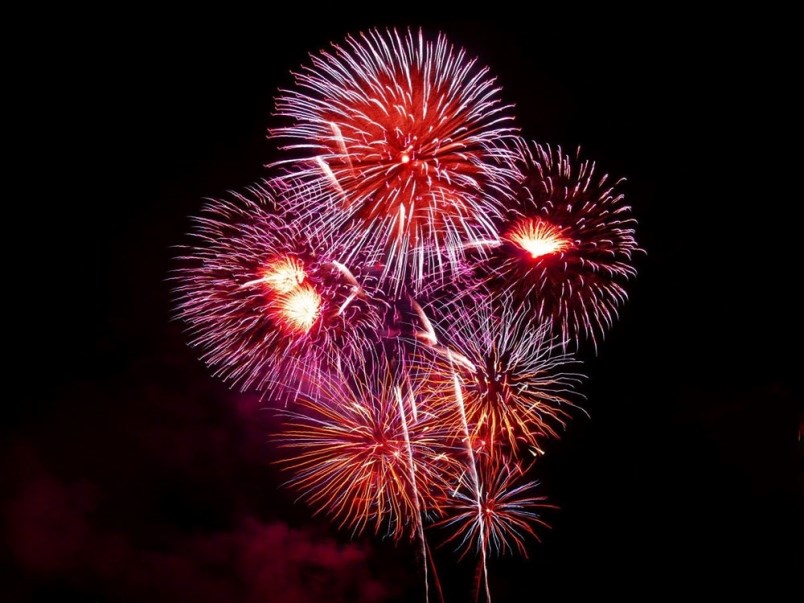 Fort St. John city council will vote next week on a proposal to add a New Year’s Eve fireworks display to the events calendar in an effort to curb the number of illegal fireworks being set off by residents.

The city already puts on an annual display during Canada Day celebrations, and a plan being presented next week proposes adding a New Year’s display starting in 2022.

“There is a considerable value in providing community funded fireworks events which allow celebrations to take place while ensuring a safer experience,” writes CAO Milo MacDonald. “This report is an attempt to provide better and safer alternatives to the public.”

Under city bylaw, it is illegal to sell, give, or set off fireworks within city limits, with fines of $100. Only the fire department can display fireworks with the necessary permits, and which are traditionally displayed on Canada Day.

The city says it receives numerous complaints, particularly on Canada Day and Halloween, about the use of small consumer fireworks within city limits.

“Many of the citizens who complain, report that fireworks cause their pets to have anxiety or run away,” the report states.

“The North Peace BC SPCA branch has corroborated this information and indicates that on the day of, and the day after a major holiday like Canada Day, they receive 12-20 stray pets who have run away due to the noise created by shooting off fireworks.”

Illegal fireworks were a problem in the city last spring, prompting a reminder from the fire department about the fines, and the damage and injuries fireworks can cause to people and neighbouring properties.

The report says it is difficult for bylaw officers to enforce the city’s fireworks ban.

“What often happens is Bylaw staff will receive a complaint call and by the time they are dispatched, the firework show is over,” the report states.

"Most of these complaints are received after hours. The additional expense of overtime costs often required to investigate a neighborhood fireworks display can outweigh the fine of $100.”

The report states city staff are interested in exploring other options for the future, such as laser shows or drone shows.

Read the report below: