Bail for violent offender A repeat violent offender in Fort St. John has been granted bail. Paige Evelyn Adams, 27, was released Aug. 17 following charges of assault with a weapon, break and enter, and uttering threats to cause death or bodily harm.
Aug 26, 2020 6:50 PM By: Tom Summer 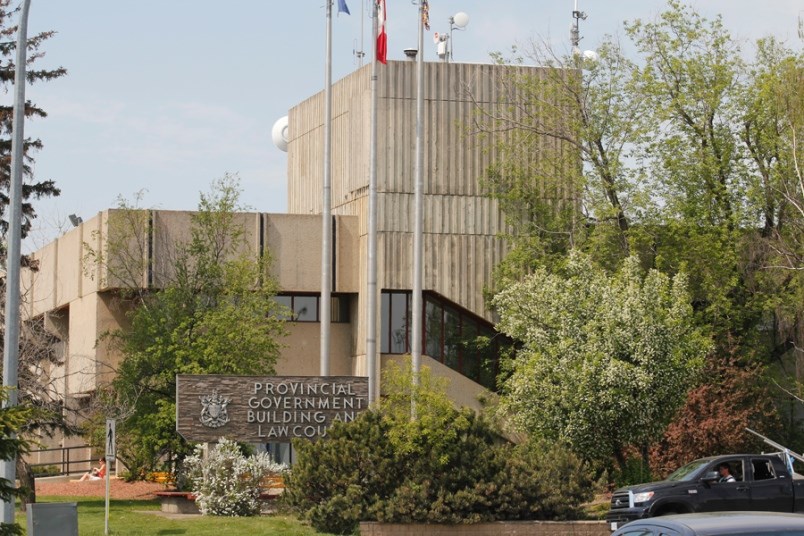 A repeat violent offender in Fort St. John has been granted bail.

Paige Evelyn Adams, 27, was released Aug. 17 following charges of assault with a weapon, break and enter, and uttering threats to cause death or bodily harm.

It's alleged Adams and her boyfriend Christopher Robert Hurren, 36, both invaded a 76th Street home on Aug. 14, and assaulted a man who was living there.

Crown prosecutor Joseph Temple argued that Adams was not suitable for bail due to a history of violent offences, including assaulting a police officer and several thefts in 2019, and for other assaults committed in September 2016 and March 2020. Adams also has priors for carrying a concealed or prohibited weapon, mischief, and uttering threats to cause death or bodily harm.

Judge Richard Blaskovits granted Adams bail, pending $250 to be paid to the court, noting she plans to live with family in Hudson's Hope. Adams was also prohibited from possessing knives and weapons, and from being in contact with the victim.

Hurren remains in custody, and both are due back in court next month.

Neither have been found guilty.

The courts have extended a detention order for a river boat seized last summer as part of a wildlife harassment investigation in Hudson's Hope.

Conservation officers testified Aug. 24 that the boat belonging to Justin Thibault was used between May 15 and July 13, 2019, to harass an elk on the Peace River in Hudson’s Hope.

The officer testified a cellphone video recovered in an unrelated investigation shows Thibault allegedly harassing the elk. Thibault, 25, was scheduled to appear for the matter, but did not show.

Thibault was arrested on a separate matter in June after a long list of stolen property as well as a caged black bear cub were seized from a Farrell Creek property. He was released on bail and faces firearms and stolen property charges, and is due back in court next month.

Conservation officers brought the bear cub to the Northern Lights Wildlife Society in Smithers. The bear has since been named ‘The Rock’ and is living with 10 other cubs.