Fort St. John resident Micah Bookham was recently announced as the grand prize winner of the Rotary Club Mega Lottery. Bookham will get to choose between a brand new truck or $40,000 cash.
Dec 30, 2014 8:33 AM By: William Stodalka 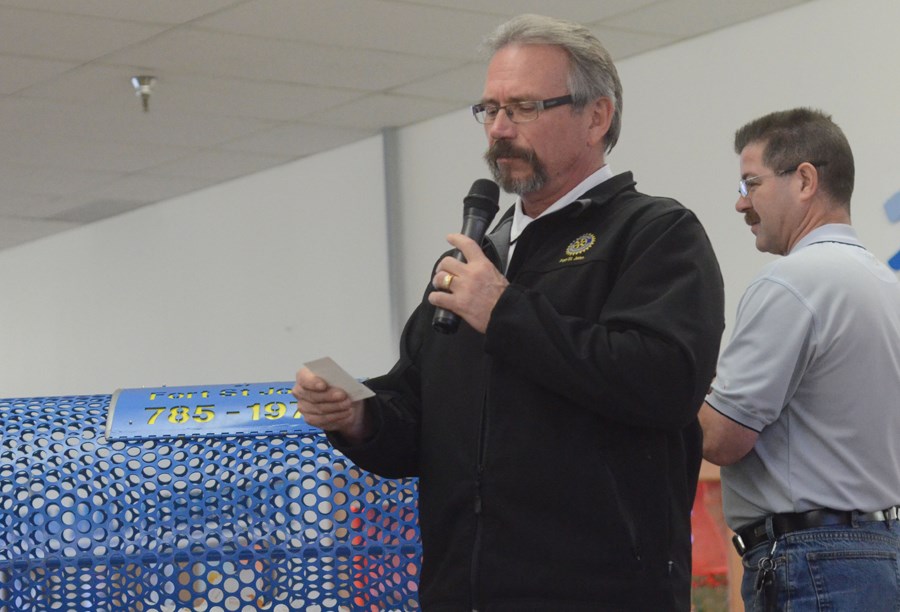 Rotarian Rick Hamre reads the names of the winners of the 2014 Rotary Mega Lottery at the Totem Mall on Dec. 27.Aleisha Hendry

Bookham will get to choose between a brand new truck or $40,000 cash.

But while Bookham won that prize, other community groups come out as big winners, too.

"What the Rotary Mega Lottery does is provide a fundraising vehicle for organizations and clubs throughout the North," said Moira Green, who helped organize the lottery.

Since 2002, the Rotary Mega Lottery has contributed more than $5 million to thecommunity.

"That money is in two pots, one pot is prizes; so the prizes for the lottery are always purchased in the community where the lottery is taking place. And the other portion of those funds are distributed back to the participating organizations," Green explained. "Their payout from the lottery is based on the numbers of the tickets (the community groups) sell."

Fort St. John groups like the Huskies, the Cadets, and others were active in selling tickets.

The Fort St. John Abbeyfield House "has been one of the biggest supporters (of the lottery), and they do a tremendous amount of work," Green said.

"The clubs that participate have all been involved for years and years, and many of them keep coing back, so they must see a benefit," said Dale Rose, a Rotary Club member in Dawson Creek. "For some it’s a big part of their budget."

The chance to go through one big fundraiser likely gets better results than multiple smaller ones, he went on to say, and that likely keeps community groups coming back.

"I think that the mega lottery is very important for our community," Green explained. "It’s a chance to win big, but it’s also a chance to share bigger."