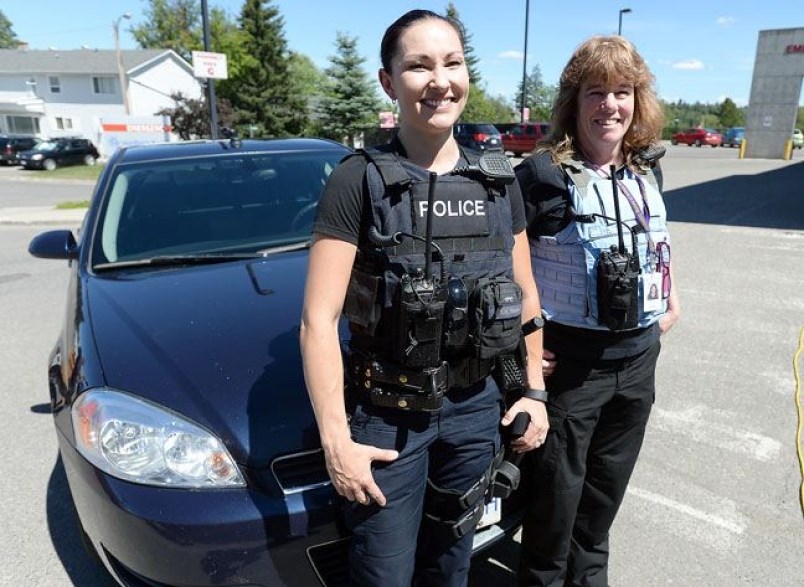 A program that partners police officers with mental health nurses may soon be rolling on the streets in Fort St. John.

Fort St. John RCMP commander Insp. Tony Hanson says the Car 60 program saw huge success in Prince George, where he headed the unit, and that the detachment is exploring the possibility of creating a similar program here in partnership with Northern Health.

“There’s a lot of criticism of police in society today, about the way we deal with the mentally ill,” said Hanson. “And you know, they’re not wrong in the sense that we are not medical professionals, we are not social workers, we are not trained psychiatric professionals, nor did we ask to be.”

“But we are the safety net in our society, when there’s nobody else to call, you call the police,” he added, noting Canada’s medical system could benefit from more resources for mental health.

"We are tying more of our time into it, in the sense that more people are being required to be transported to hospital for assessment,” Hanson told city council earlier this month. “I would say the mental health calls we’re attending are more significant than in the past, requiring more intervention.”

In Prince George, the Car 60 program pairs police officers with psychiatric nurses who work in tandem to handle calls for residents in psychological distress.

RCMP are there to provide public safety and ensure a safe environment for nurses to take the lead. The nurses use Northern Health’s database to provide point of service care, and preliminary diagnoses can be made on scene by nurses, eliminating time spent by officers waiting at the hospital for patients to see physicians.

The goal is to provide the best care for those experiencing mental distress, Hanson said.

Hanson says any officers in a potential program would be selected for empathy and interpersonal skills.

“We definitely wanted members who had higher emotional intelligence levels, who were good at forming connections with people, speaking with people, and having empathy,” Hanson said of the Prince George program.

“It would be the same here. If we were to train up several of our general duty members, we would be picking people who have a predisposition in terms of their personality for this type of work.”

He added the program was proposed to Northern Health last March, with the idea put on hold until the COVID-19 pandemic subsides.

“They’re interested. But they’re limited by staffing, their ability to recruit and retain in the north. They have challenges with that, as do we,” Hanson said. “We’re hoping in the next few months with vaccines rolling out and numbers beginning to decline, we can re-enter those conversations with them.”