Fort St. John real estate sales saw a massive rebound of nearly 125% in the first half of 2021 compared to last year.

The BC Northern Real Estate Board released its mid-year results on Friday, July 9, reporting that 422 properties worth $162.9 million were sold in the Fort St. John area through the end of June.

There were 188 properties sold for $63.6 million in the first six months of 2020 and through the first wave of the COVID-19 pandemic.

But the "steep pandemic-induced recession" is now "waning rapidly," the Board reported, and home sales across northern B.C. are continuing at a very strong pace this year.

“LNG Canada’s export terminal in Kitimat and the corresponding Coastal Gaslink Pipeline, worth a combined total of $46 billion, are now employing thousands of direct workers. Thousands of additional workers have returned to work at the Site C Dam near Fort St. John, at Rio Tinto’s tunnel-boring project near Kitimat, and at the Trans Mountain pipeline expansion project,” the Board stated.

“This employment and spending continues to boost employment growth and housing demand in the North of the province.” 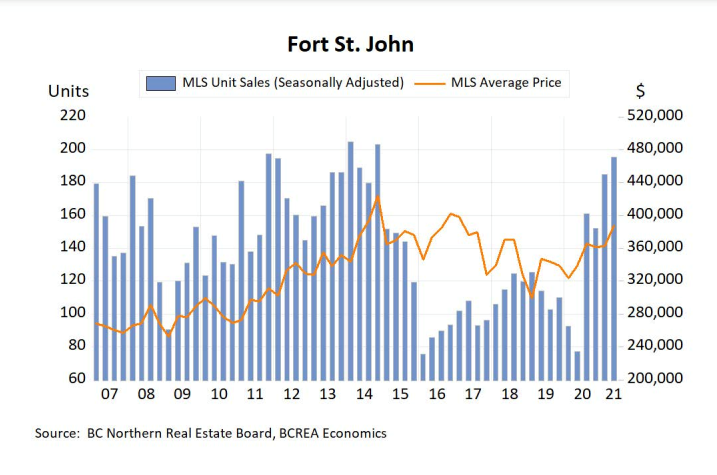 Half of the 16 single family homes sold in Fort Nelson since January sold for less than $175,000, and took an average of 98 days to sell, according to the Board.

As of June 30, there were 619 properties of all types available for purchase through MLS listings in the Fort St. John area, and 142 in the Fort Nelson area.

Sales in 2021 are expected to surpass the previous record of 5,564 units sold in 2006 according to forecasts, the Board said.

“With extremely low inventory of available homes and continued heightened demand, prices are likely to continue rising throughout the year,” the Board stated. 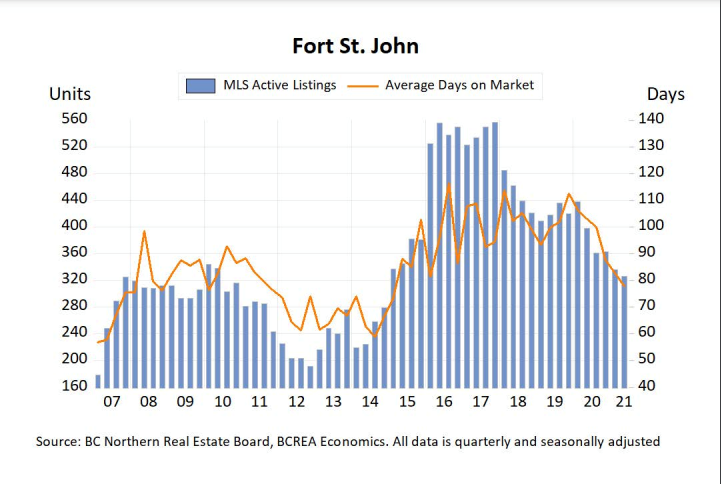