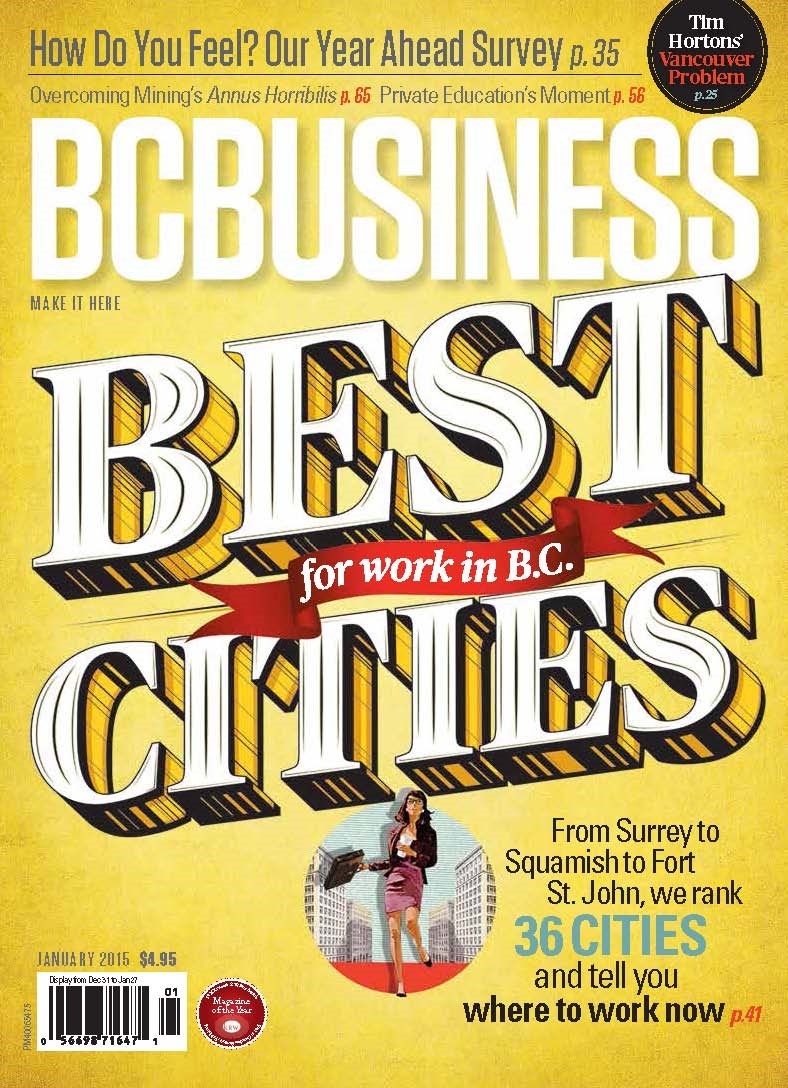 Fort St. John is the best place to work in British Columbia, according to B.C. Business magazine.

The Energetic City finished on top of the magazine's first annual ranking of the province's local job markets—the centre piece of  its Jan. 2015 issue.

Dawson Creek finished fifth of the 36 cities in the survey.

The Peace Country cities were the only towns outside Metro Vancouver represented in the top ten.

B.C. Business associate editor Trevor Melanson said the magazine wanted to focus specifically on job markets and labour market indicators for a survey—rather than broader quality of life indicators that make up many city rankings.

The result, he said, is a snapshot of the province's labour markets.

The magazine brought on Toronto-based data firm Environics Analytics to help cull those numbers from Statistics Canada and other sources.

Income growth and average household income were the most heavily weighted measures, accounting for 30 and 20 per cent of overall scores, respectively.

Fort St. John finished with just over 60 out of 100 in the final analysis, while Dawson Creek scored 56.26.

Of the cities surveyed, Dawson Creek and Fort St. John had the highest five-year income growth in the province. On population growth, the cities were middle of the pack, with five-year increase of between 6 and 8.99 per cent.

The rankings only considered cities over 10,000 people, in part because small towns are more susceptible to economic shocks.

Fort St. John mayor Lori Ackerman, whose story featured prominently in the accompanying article, said "it's good to see [Fort St. John] recognized in a publication that comes out of the Lower Mainland."

"We continue to say that if you're kickstarting or restarting your career, Fort St. John is a place you need to investigate," she told Alaska Highway News.

In the article, she described the bleak job market when she first moved to town in the early 80s, when the oil patch was suffering under the National Energy Program.

Now, she said the city would take as many skilled workers—especially medical professionals—as it could get.

"I'll take 10 doctors and at least that many nurses, thank you very much," she told the magazine.

Dawson Creek mayor Dale Bumstead was also pleased with his city's place in the rankings.

"When you see all the things being printed and communicated about our community, it's such a strong message about the economic opportunities that exist here," he said. "So many communities would love to be in the situation we are."