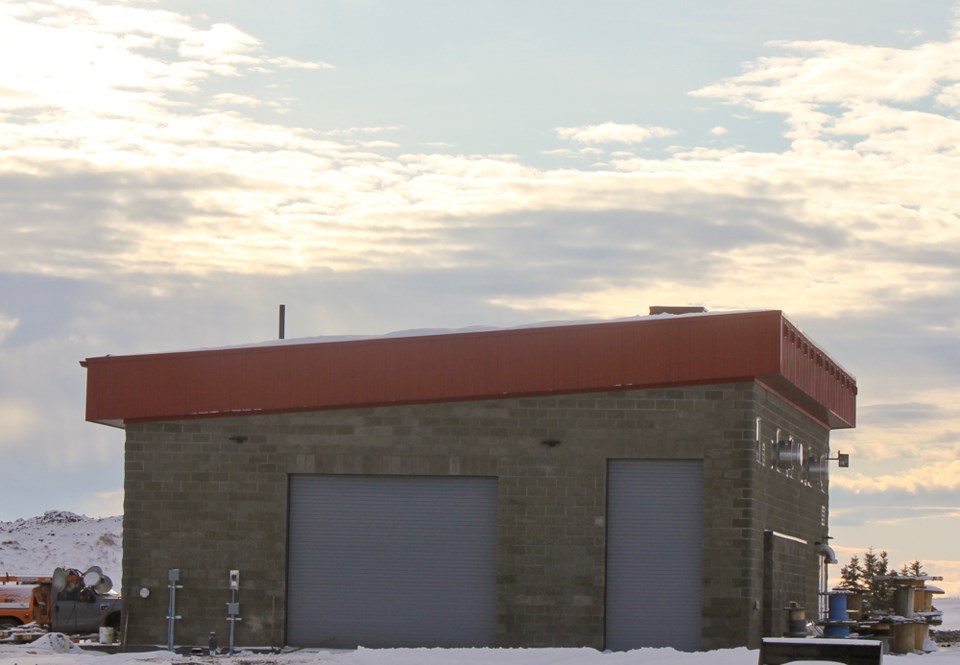 A disinfection plant at the south sewage lagoons that is part of the Fort St. John's water reclamation project.

Fort St. John's new reclaimed water truck fill station is nearly complete and expected to be operational by the end of November.

Announced in 2016, the $7-million facility will reclaim treated sewage water for industrial use, and cut industry's dependence on the city's potable water supply.

Two hundred thousand cubic metres of potable water is currently used for industrial purposes each year, according to the city.

"It is anticipated that this new facility will reduce the amount of potable water being used for the oilfield industry for fracking purposes," city staff noted in a report to council on Tuesday.

As part of the report, council gave first three readings to sewer bylaw amendments that set initial cost recovery rates of $3.50 per cubic metre. Other fees, penalties, and procedures for haulers using the facility are also outlined in the amendments.

The water reclamation project includes both the fill station on 81 Avenue and a disinfection facility at the south sewage lagoons.

A water main connects the two, and will allow industrial properties along the line to tie in a service connection for a fee.

The project was supported by $5 million in federal gas tax funding, and is expected to have a useful life of 20 years.