Today it is still mostly a canola field along the West Bypass Road across from Ma Murray School, but is planned to one day see up to 3,400 new homes, 50 acres of parks and natural areas, and a mix of new commercial and institutional development.

Developers with XJ Evergreen Estates Corp. are focused this year on building Parkwood Drive, and connecting the first commercial lots to city services as it works to attract anchor retailers to the area.

“The foundation of leaving a legacy community has been a core value for us at Parkwood and reinvesting into this great area developing out a well thought out community. Walking around this land and through the Fish Creek coulee we feel great conviction to be good stewards of this beautiful nature, the history of this land, and what we get to build here together.” 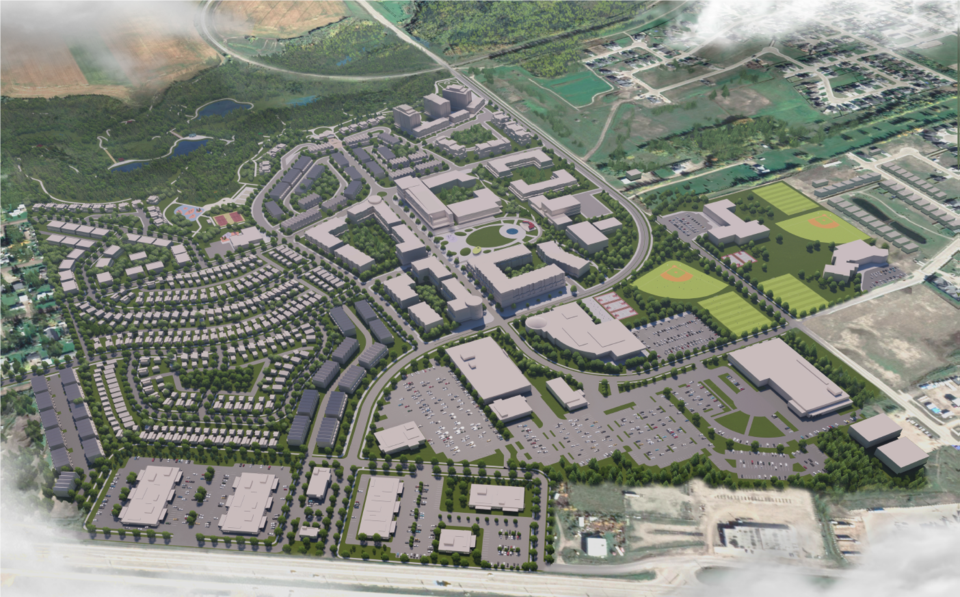 A rendering of the Parkwood Southlands development in Fort St. John (Supplied)

Elder Gerry Attachie shared stories of the project area, including about his grandfather, one of the original signatories to Treaty 8, and how the area used to be home to the Fish Creek store and surrounded by nothing else but timber. Attachie recalled growing up hearing stories about ‘Frozen John’, the colloquial name for a hill at nearby Fish Creek, which got its name from a trapper who was found frozen to death on his way into town sometime in the early 1900s.

The first phase of construction is estimated around $4 million, and building out a retail hub will be a backbone for future residential growth planned for the area, Wuthrich said. He hopes to have trails cleaned up, designated, and open up to the public sooner than later so residents can enjoy the park space well in advance of the development’s full build out. 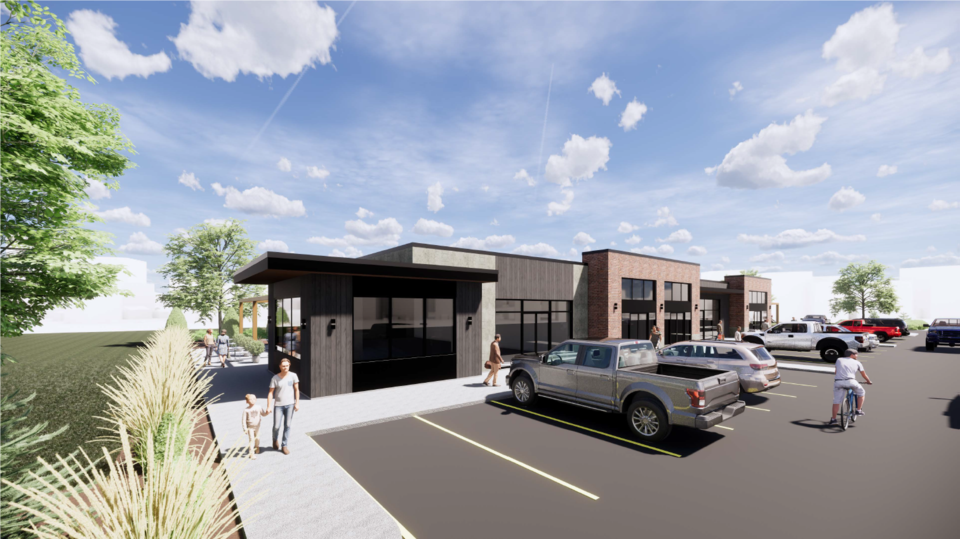 "This past year and half has obviously been interesting but we’re really trying to get retailers on to believing in Fort St. John, and understanding that we are poised for good growth here,” Wuthrich said.

“The idea is that when citizens move here there’s already a grocery store they can walk to, there’s already trails they can hike on. We’d really love to see amenities, recreational uses, and working with the city to build that before people come so that it’s planned out well.”

“A real walkable community is our vision,” Wuthrich said.

ACL Construction and Ironhide Contracting, both based in Fort St. John, are the general contractors for the first phase of development. 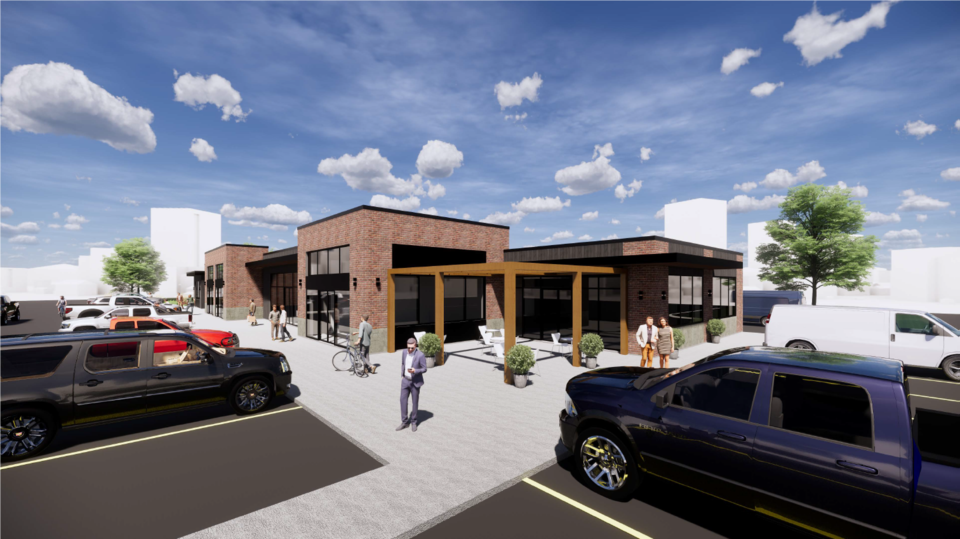 Across the street, Doig River First Nation plans to build its planned Naache Commons mixed-use development once its treaty land entitlement claim with the provincial and federal governments is finally settled. (Naache means 'dreamer' in the Beaver language.)

Coun. Garry Oker said that claim needs to be settled so Doig River can also be investors in the community and complement what’s planned at Parkwood.

“I’m just really happy to see local people doing the type of development that is in alignment in terms of values. That’s the kind of development we want to see where it’s mixed use, it’s environmentally conscious about development, and how we can be able create more opportunities for the community to do business,” said Oker.

“We’re all here so we got to connect together," Oker said. 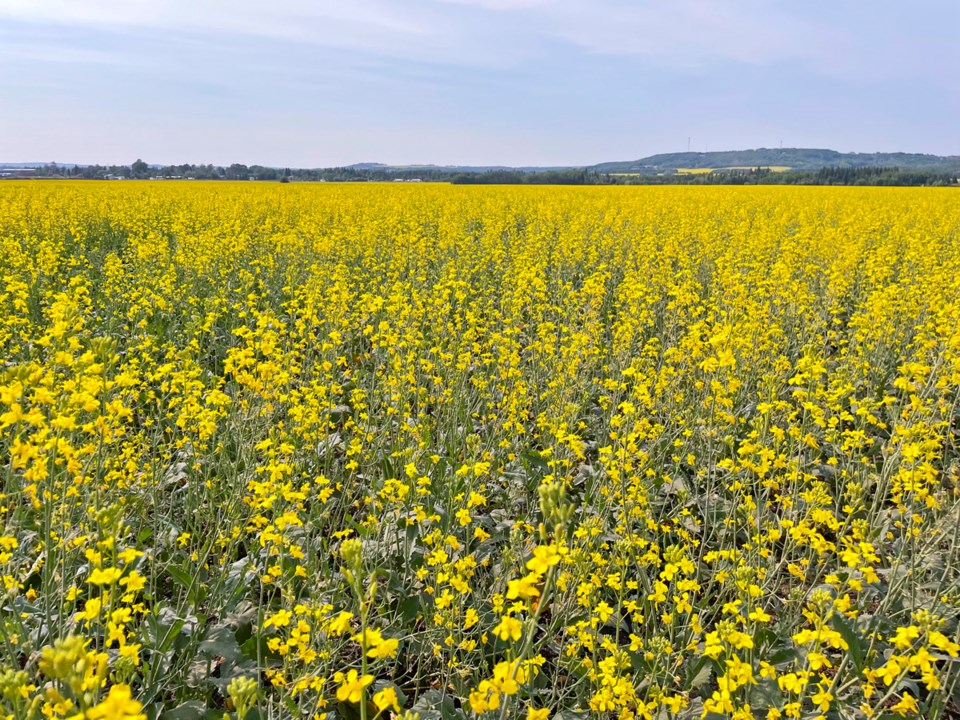 Parkwood Southlands is still mostly a canola field along the West Bypass Road across from Ma Murray School, but is planned to one day see up to 3,400 new homes, 50 acres of parks and natural areas, and a mix of new commercial and institutional development. By Matt Preprost