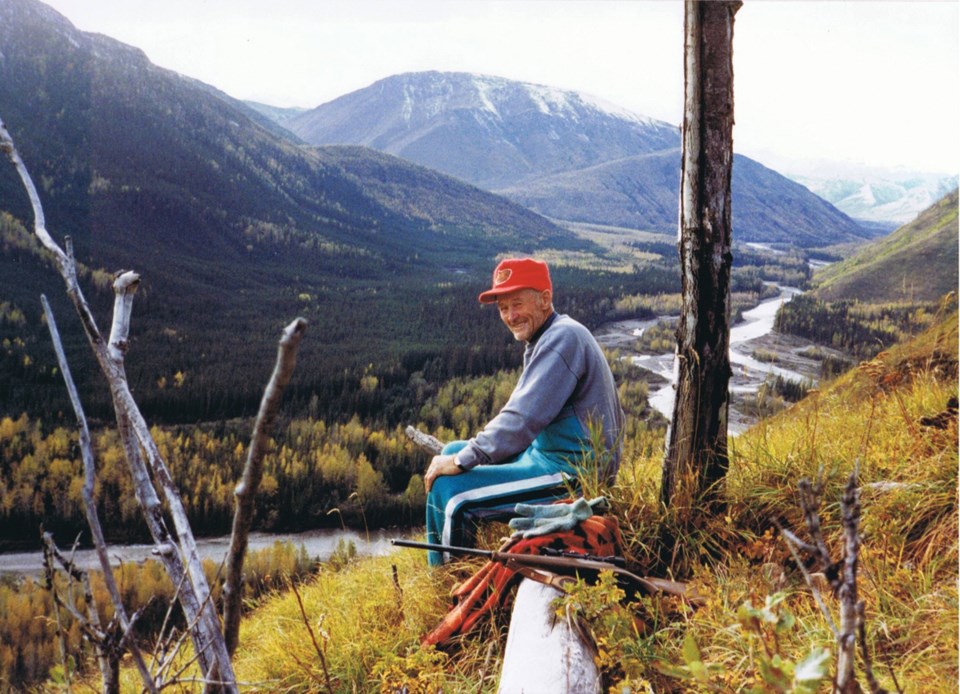 Ingvar Nelson enjoys a beautiful mountain view. Years on the trapline were the best, he says.Supplied

Ingvar was the first born child to Swedish immigrant parents in the small community of Buford, Alberta, south of Edmonton. Along with his four other siblings, the family moved around a bit before settling in the Peace River community of Sweetwater, B.C., around 1930.

In 1937, at the age of 18, Ingvar and his father applied for land in the newly surveyed area near Golata Creek, on the north side of the Peace River. This is the land where Ingvar homesteaded with his wife Rita, and together they raised a family.

After a wonderful life on the farm, it was decided to move to Fort St. John in the summer of 1998, where they still reside today. Ingvar’s family includes 5 children, 12 grandchildren and 16 great-grandkids with more coming soon. When asked about his life just recently, these are the things Ingvar had to say:

What is the secret to your longevity and good health?

I eat good. Plant a garden and keep active. Don’t work too hard.

Bacon and eggs. Coffee is the best drink… neighbours always came over for coffee and a visit.

Living in Skamokawa, Washington. Waiting for the school bus, laying on a bridge that crossed a creek, watching the fish below.

Finished seventh grade. Dad figured I learned enough already and he needed help on the farm. 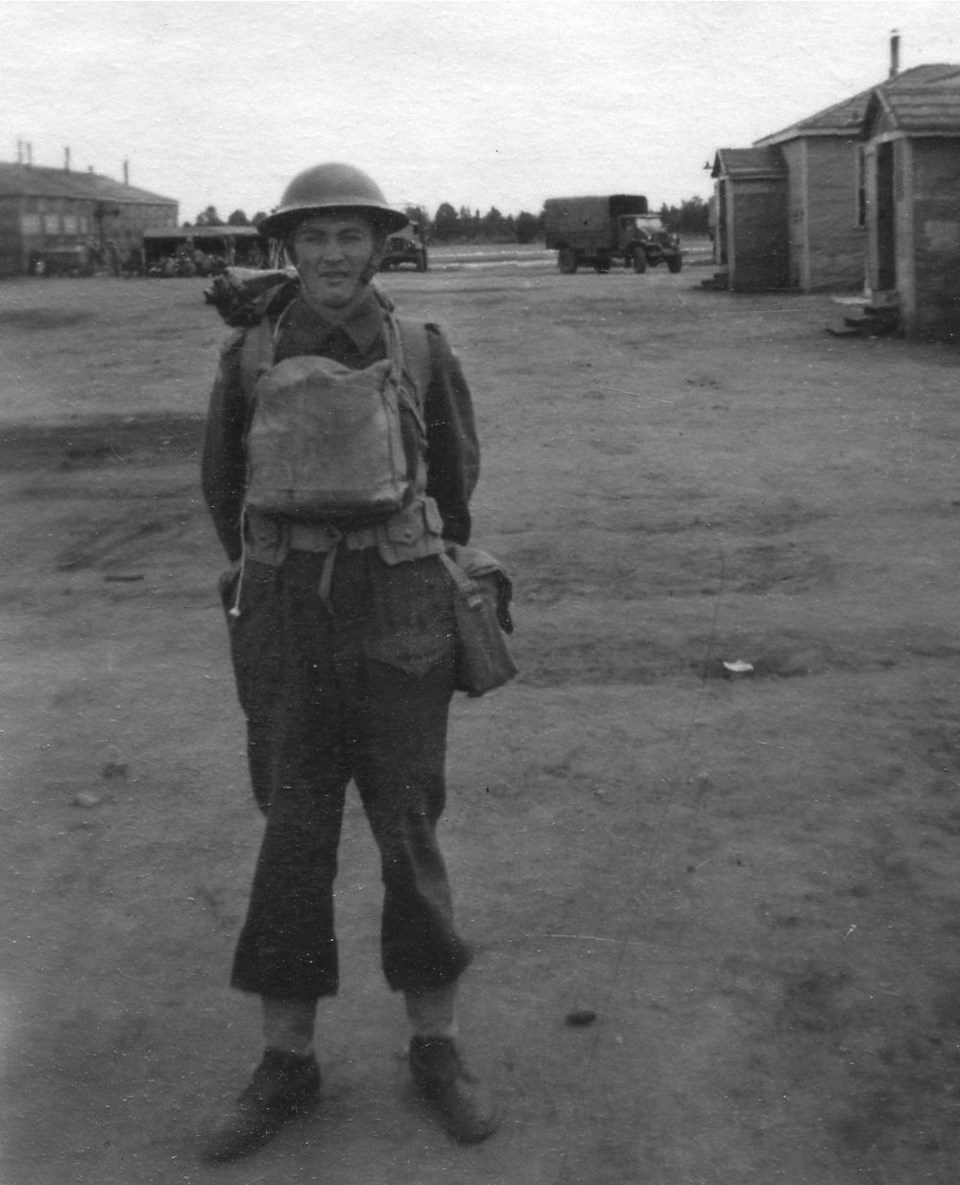 Wanted to drive as a kid but did lots of that on the farm. Worked some construction but mostly farming… and joined the army for the hell of it. There was a mandatory 30 day training camp in 1940. After that, a bunch of friends joined so I did too. Served four years, mostly overseas in Scotland.

The activities he enjoyed the most over the years?

Hunting, fishing and trapping. The years on the trapline were the best. Playing games, cards and horseshoes too.

When I met her (points to his wife, Rita). Our sisters lived next to each other in Dawson Creek and they made a plan so we could meet. It was a set-up.

One thing he couldn’t live without?

He also points to Rita and then recalled how he enjoyed taking “his girl” out to the movies in Dawson Creek. 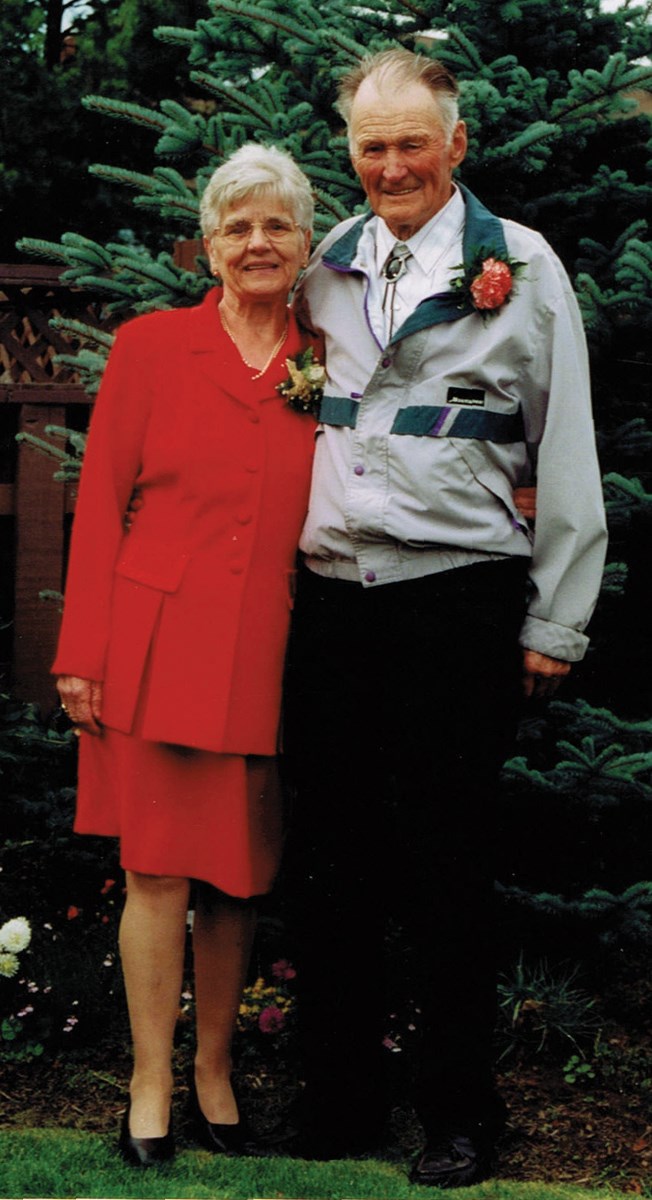 Ingvar Nelson met his wife Rita after the pair were set-up by their sisters.. By Supplied

Anyone he looked up to or admired?

Axel Myer, a neighbour and friend in the Golata Creek area. Also I listened to the old farmers’ and followed their advice. One year I was told to plant flax on some summer fallow. I got $7000 of flax seed off that year! (possibly in the 50s or 60s)

What advice would you give to a young person?

For God’s sake, don’t get old!

Just want to keep my health. I have just about everything I want. 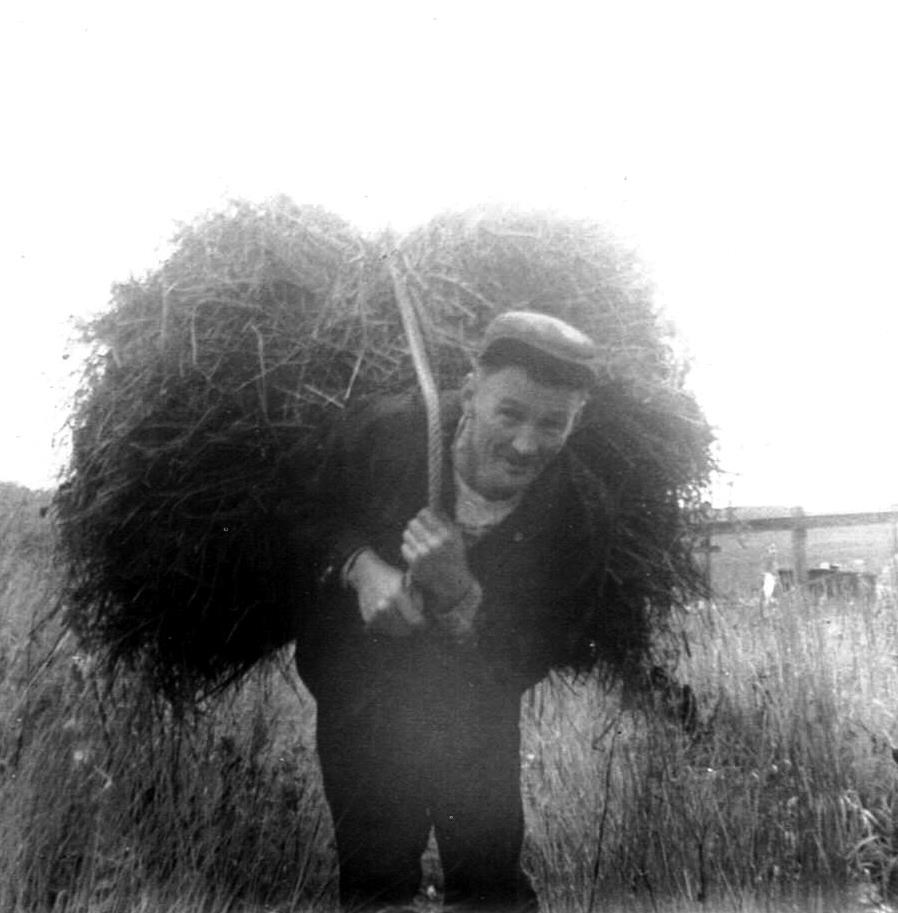 In 1937, at the age of 18, Ingvar and his father applied for land in the newly surveyed area near Golata Creek, on the north side of the Peace River. By Supplied

The community is invited to join a birthday parade on Saturday that will go past 10516 104 Street. Several guests are already lined up, including RCMP, cadets, city council, and the fire department.

Organizers are asking those who would like to watch the parade to stay in their cars or be on the sidewalks two metres apart and masked. 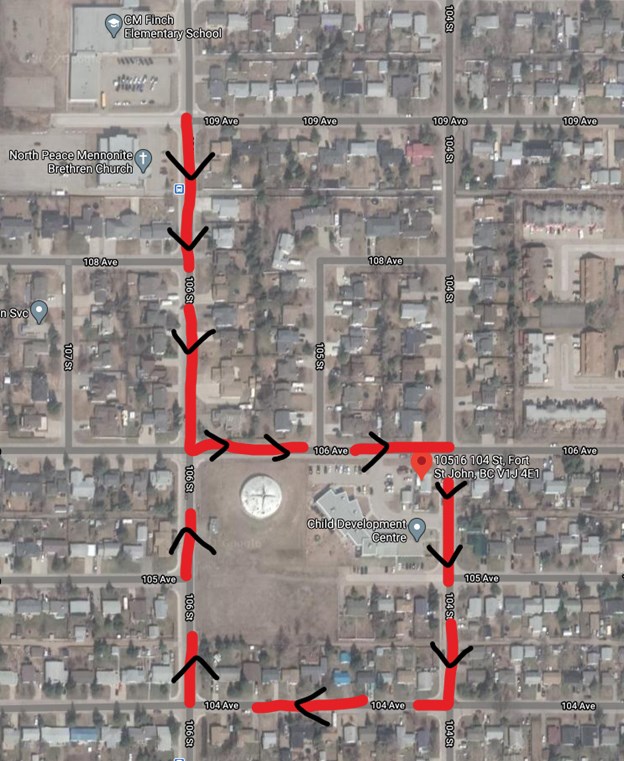