Larry Evans: Switch from telegraph to telephone connected city to the world

The Fort St. John exchange grew faster than any other B.C. Telephone Company exchange during the period from September 1956 to January 1, 1961. The telephone expansion was coincidental with the rapid growth of the vast Peace River area in which Fort St. John became a major trading centre
May 4, 2021 9:13 AM By: Larry Evans 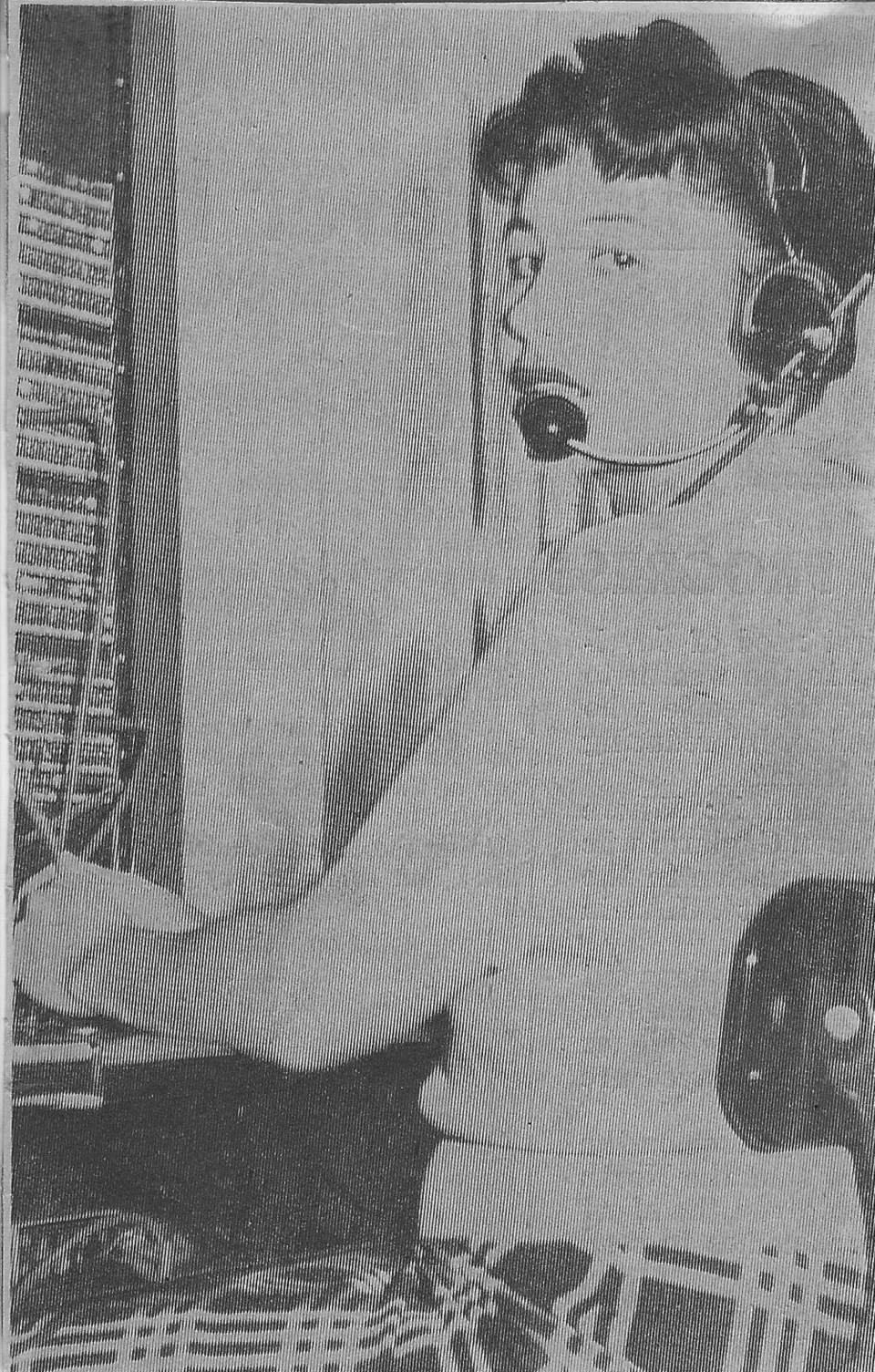 Scenes like this would be out of style as of April 9, 1961, when Fort St. John was moving to a dial telephone system. The operator was Alice McGuire, who came to work for BC Tel from the Yukon.Supplied

The first time I remember talking on the telephone was in 1957, and, of course, Kenny was on the other end. The telephone was always there but I never paid it much attention until I met Kenny. Chase’s number was 689, I believe, and ours was 939. Of course there was no dialling in those days. You picked up the phone and a lady would say “number please,” you gave her the number you wanted, and she would connect it.

In later years I spent weekends on a farm and they had a party line. That was a gas as everyone listened in and everyone got their turn. It seemed the thing to do, but that’s another story. In 1961 this all changed when we acquired dial phones. The first morning after it came on line Kenny dialled my new number which was ST5-4782. The ST was for Sterling and I have not been able to determine why Sterling except that ST on the phone is also 78. For some reason the 78 never showed up until the 70s. Kenny and I discovered that if you dialled the last four numbers you got connected anyway. This lasted about a year and then you had to put the 5 in front of the four numbers. Until the mid-80s this was good enough to get through. By this time we had the 787 prefix as well as 785, and for a while you could get away with 5 or 7 and the number but that changed and you had to dial all seven numbers. Now you dial 10 numbers and so it goes.

Today with wireless iPhones, iPads, and such you can reach out and get in touch with someone anytime. Of course it was not always this way and the following is some of the history of how we got to where we are.

The conversion of Fort St. John telephone exchange to dial service on April 9, 1961, by B.C. Telephone Company marked 47 years of communication by telegraph wire in the area.

The first line reached Fort St. John from Edmonton in 1914, constructed by the Government Telegraph and Telephone Service. The line was a single line grounded circuit for telegraph use, and the grounded circuit permitted only one-way traffic at any time. This information came from Ralph Osborne, who was the lineman and agent for the system. Mr. Osborne then became the agent for Hudson’s Hope when the line was extended there in 1915.

Mr. Osborne was well acquainted with R.L and Mrs. Pickell, who arrived in Fort St. John on August 17, 1923. Mrs. Pickell had remembered when the first telephones were installed in the early 1930s, but that telephone growth was not rapid. A telegraph operator herself, Mrs. Pickell often worked in the office and was actively employed there during the Second World War.

One telephone man in 1961 was Frank Senz, who had seen the industry progress in Fort St. John from 1945. He remarked that about 300 people and very few phones were in town at that time. Mr. Senz was a lineman with the government system, transferred to Northwest Telephone Company when it purchased the local exchange in 1956, and then moved to B.C. Telephone Company when it acquired the Northwest system.

In his early experiences, Mr. Senz said that construction was often carried out from a tent camp headquarters, and if the need arose, poles were hand-cut. The tallest pole he ever helped raise was 110 feet, at Whitehorse. Mr. Senz had been busy installing telephones for the conversion from manual to dial service for Fort St. John and was on hand for the cut-over at 12:01 a.m. on April 9, 1961.

The procedure of the cut-over was timed in seconds and would govern telephone men when they made the changeover from manual service (using the operator to connect) to dial service. In 60 seconds the manual service would be “killed” and the Sterling exchange brought into service for approximately 2,200 telephones. Coordinator of the procedure was G.H. Ball, who had been in Fort St. John directing details of the $424,000 conversion project.

All personnel were at their posts at least 45 minutes before the deadline and all supervisory personnel synchronized their watches. District Manager, E.C. Weber of Dawson Creek, acted as dispatcher, issuing orders to cease the manual service and bring automatic operation.

Just prior to 12:01, Mr. Weber had chief operator, Mrs. Alva Hora, check the switchboard in the manual office to ensure that there were no emergency calls in progress. Then in rapid succession, seconds apart there was a command to “pull heat coils, cut tie jumpers and pull blocking tools.” The first command resulted in hundreds of tiny fuses being pulled free of the manual equipment, putting it out of service. The second command caused jumper wires bridging the manual and automatic equipment to be severed with wire cutters. The final command sent several men pulling small fibre insulating strips from relays, putting the dial system into operation. It was at this time, from two minutes before to one minute after, that B.C. Telephone requested telephone silence.

An emergency volunteer system for reporting fires was placed in service with the dial system. Six phones of firemen were connected to the emergency number and all would ring simultaneously. Some of the phones were installed in the homes of Fire Chief Carl Lutz, Gordon Bennett, Floyd Redman, Larry McLeod and Gerry Allen. The first person to answer any one of the six phones would take the emergency information and operate a switch which activated the community siren. Marlene Bennett explained to us once that there was a “fan out” system in place, where the wives at each of these homes would phone the firemen on the their list to alert them of location, etc. of the fire.

The Alaska Highway News number was 5-3521. To connect you would dial the first two letters “ST” and the five digits to complete a local call. Other changes in procedure at the date of the dial service included dialling “0” to reach the operator for long distance assistance. Information was obtained by dialling 113 and repair service 114.

The new telephone system also enabled Fort St. John to connect with the international distance dialling network. Operators at distant points throughout the continent were finally able to dial direct to Fort St. John telephones. The Direct Distance Dialling equipment was located in Nanaimo, later to be located in Vancouver.

The Fort St. John exchange grew faster than any other B.C. Telephone Company exchange during the period from September 1956 to January 1, 1961. The company reported the exchange had a phenomenal 838% increase in telephones installed. The number of phones increased from 260 to 2,180. The telephone expansion was coincidental with the rapid growth of the vast Peace River area in which Fort St. John became a major trading centre. A 25KW diesel generator was installed as an emergency power unit to maintain telephone service in the event of a commercial power failure. This ensured good lighting and proper operation of the central office equipment for an indefinite time.

Looking at the wireless technology and all that it brings, what do you suppose the future holds for us?