A memorial for Sue Popesku has been set up outside the North Peace Cultural Centre for the public to pay their respects, place a flower, and leave a memory.
Apr 21, 2020 5:19 PM By: Alaska Highway News Staff 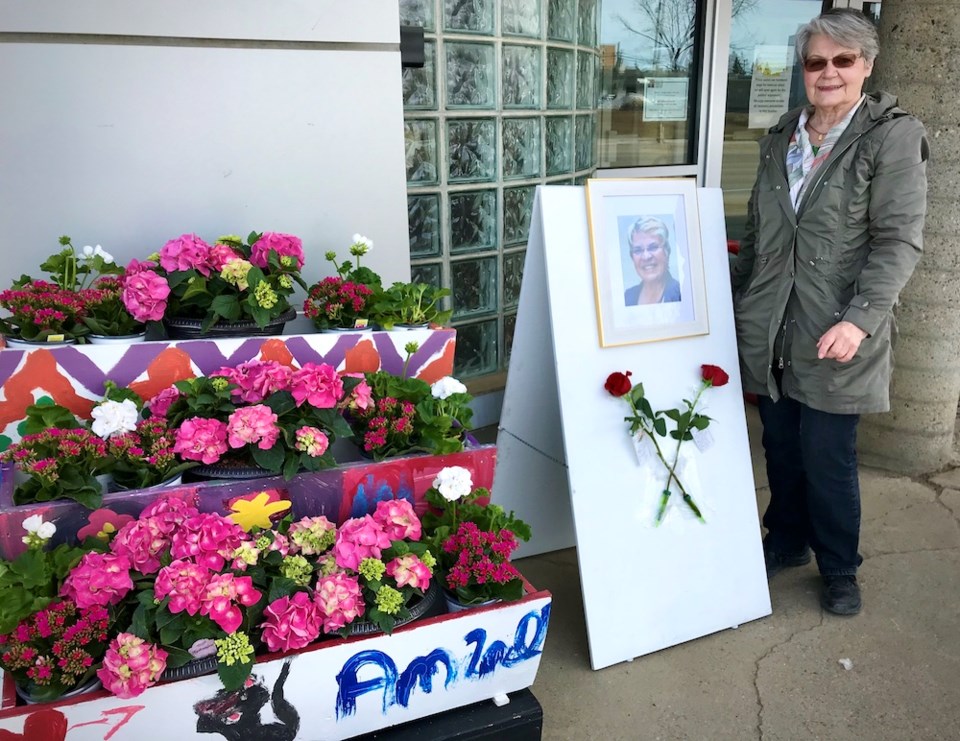 A memorial for Sue Popesku has been set up outside the North Peace Cultural Centre for the public to pay their respects, place a flower, and leave a memory.

The memorial was put together Tuesday with the help of longtime friends Ella Fraser and Rosemary Landry.

“She was a pillar of the community. She did so much for arts and culture and heritage, not only in Fort St John, but the whole region,” Landry says. “This allows people to express their sympathy in a physical way, since we can’t be hugging and meeting and greeting each other like we normally would.

“Hopefully people will pick up on it, and it will be full of flowers before we know it," she said.

Popesku, one of Fort St. John's most esteemed and prominent community builders, died Sunday, April 19. She was 72.

Originally from Chicago, Popesku moved to Fort St. John in 1974, and quickly became one of the city’s most tireless volunteers, fundraisers, and community builders.

Much of her legacycan be seen today: the Cultural Centre, the Museum, the Hospital Foundation, the Artspost, the street banners, the flower pots. If you can name it, Popesku was likely to have her hand in it, whether that was leading the charge herself, or mentoring anyone with a creative idea to entertain or make the city better.

“My heart just needed to go out to the community to let them know how much this community meant to Sue,” said Fraser. "She did so much for us."

To read more about Popesku's life and contributions to the city, please click here.