New leadership for the Fort St. John Chamber of Commerce

Fort St. John isn’t in a "boom," according to newly elected Chamber of Commerce president Tony Zabinsky. “I would hate to use the word boom because there’s always a bust that follows,” he said. “Fort St.
Dec 29, 2014 8:54 AM By: William Stodalka 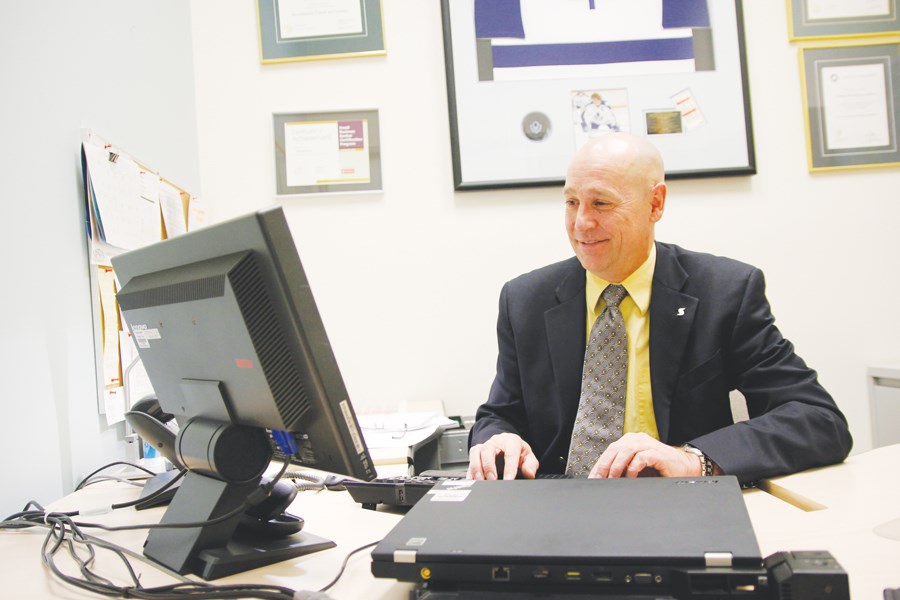 Zabinsky was elected at an interesting time. On the same day that he was elected, the province announced that they were going forward with Site C.William Stodalka

“I would hate to use the word boom because there’s always a bust that follows,” he said. “Fort St. John has always been positioned properly for the last 18 years … it’s been steady growth.”

Last week, Zabinsky, who works at the Fort St. John Scotiabank in commercial lending was voted in as the new president of the Chamber. The Chamber works to represent local business owners as their elected voice.

Previously, the president of the organization was Russ Beerling.

Zabinsky has been involved as an executive on the chamber for the past eight years.

Zabinsky takes on the position at an interesting time. On the same day that he was elected, the province announced it was going forward with the Site C dam project. Barring successful legal challenges, construction will begin next summer.

The Chamber of Commerce has not taken a “for” or “against” regarding the dam, and Zabinsky said until they get more information, that’s not going to change.

“To say that we’re for or against it at the stage fo the game, we really can’t say a positive yes or no.”

Zabinsky went on to say that he wants to make the Energetic City a more permanent place for people to live.

“It’s one thing to come up here for the work and the dollar bill,” he said. “What we want to happen is, we want them to stay here and make Fort St. John their home…you have to make sure they have infrastructure for us, that they enjoy the area up here, that we have societies they can join and keep them occupied in the community.”