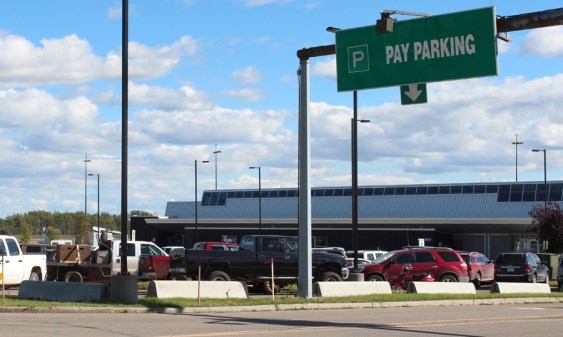 Traffic has doubled since 2011, when the airport saw 128,526 passengers, and has set successive records ever since.

Despite tough times in energy and resource communities across Western Canada, the economy in Fort St. John and the North Peace remains relatively diverse, Lipton said.

"From an airport perspective, that creates more resilience in the market," he said.

Indeed, at a time when WestJet recently reduced services in Prince George, Terrace, Fort McMurray, and other cities, Vantage continues to see commitments from the three carriers at the North Peace Airport to meet demand, Lipton added.

Monthly passenger traffic was stable in 2015, averaging roughly 21,400 fliers a month. March was the busiest month of the year, seeing 23,110 fliers, according to numbers provided by Vantage.

Updating the terminal's washrooms was the biggest capital project on the books last year.

The airport is also looking to address the lack of amenities and concessions post-security screening.

As for 2016, Lipton said it's too early to tell if the airport would see another record year.

"There's enough economic uncertainty generally, certainly in the country and in Western Canada, that we're not entirely sure," he said.

"The fundamentals in Fort St. John remain strong and so the economy has not developed really a dependence on a singular (industry)."

As for whether any new airlines would soon land Fort St. John, Lipton couldn't say, but he did note that the city continues to be part of the conversations Vantage has with airlines.

"It makes sense for some carriers than others, but we're always looking for more opportunities," he said.

Air Canada, Central Mountain Air, and WestJet all fly out of the airport.

According to a economic impact study released last fall, the airport supported 302 jobs, and generated $18 million in annual income for local households. It also contributed $8.2-million to federal, provincial, and municipal coffers, and added a total of $24-million to the country's gross domestic product.